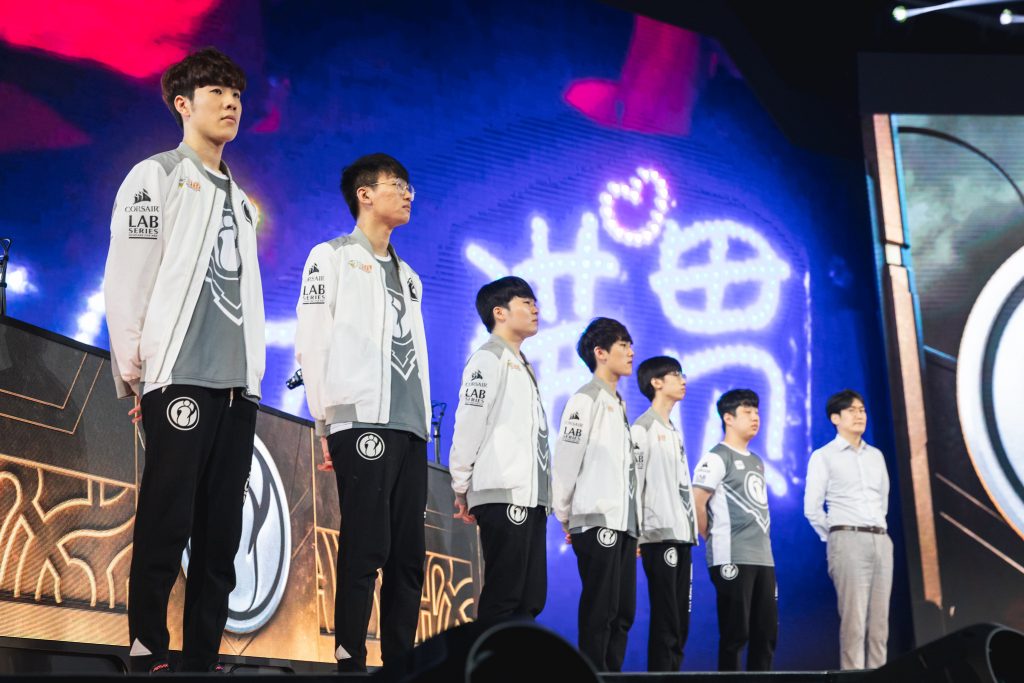 All eyes will be on Invictus Gaming in the LPL Summer Split 2019. Will they repeat their regional dominance? (Image courtesy of Riot Games)

The 2019 League of Legends Pro League (LPL) Summer Split begins June 1 and will last until August 18. The sixteen teams will compete in a single round-robin regular season in best-of-three matches for 15 regular season matches each. The top eight teams from the regular season will advance to the LPL Summer Split Playoffs.

Invictus Gaming won their first domestic title in the 2019 LPL Spring Split by defeating JD Gaming 3-0 in the Finals. How will the reigning World Champions respond to their shocking defeat to Team Liquid at the 2019 Mid-Season Invitational?

HOW WILL INVICTUS GAMING REBOUND FROM MSI?

Invictus Gaming were on top of the League of Legends world heading into MSI 2019: World Champions, LPL Spring Split Champions and the most hyped team at the tournament. They didn’t disappoint in the Group Stage, winning their first nine in a row before dropping their final game against SK Telecom T1. They showed a knack for getting behind early, despite being such talented laners, in part because they admitted they were having more fun constantly fighting instead of trying to play perfectly. iG called these “happy games” where they had more fun making the early game interesting than going for dominant results.

That talk made it all the scarier when iG kept pulling those wins out from large deficits. If they didn’t even need to try their best to beat the best from the rest of the world, who could challenge them? As it turned out, Team Liquid were more than equal to the task. Not only did Team Liquid need only four games, they absolutely crushed iG in the clinching game 4, winning 24 kills to 6 in 33 minutes. While Team Liquid over-performed and Invictus Gaming certainly underperformed, this may have been the wake-up call that iG needed heading into the Summer Split.

We’ll never know if Invictus Gaming were really trying to play “happy games” or used that as an excuse of sorts for their poor decision making in the Group Stage, but either way they now have proof they won’t be able to get away with that kind of play against the better teams in the world. The LPL is easily the deepest league in terms of team strength — in part because they have sixteen teams to the ten of every other major region — so iG will be tested again throughout the season in their preparation for a Worlds title defense. Look for iG to come back with a vengeance in the Summer Split and replace their happy games with ruthless dominance.

IS RNG READY TO CHALLENGE FOR THE TITLE?

The 2019 Spring Split was a lost season of sorts for Royal Never Give Up. Jian “Uzi” Zi-Hao missed part of the season for medical reasons and RNG never sorted out their problems in top lane. Shek “AmazingJ” Wai Ho was such a disappointment in his time with the team that Liu “zz1tai” Zhi-Hao came out of retirement to play for RNG in the second half of the split and in the playoffs. JD Gaming upset RNG 3-2 in the quarterfinals of the playoffs, though JD Gaming would end up reaching the finals before falling to iG.

RNG made two key changes in the offseason hoping to challenge iG for supremacy in the LPL Summer Split. Their big lineup change predictably came in the top lane, taking Xie “Langx” Zhen-Ying (formerly known as XiaoAL) from Suning to presumably start in top lane. Langx has strong carry potential and was used as such on Suning. He finished top 3 among top laners in the LPL in CS per minute, gold per minute, and gold share in the Spring Split. However, he and Suning could not convert that into any success in their disappointing 10th place finish. It remains to be seen if that was influenced more by a decline in play from Langx or the overall dysfunction of Suning in the Spring Split.

The other big change was to bring on Chou “Steak” Lu-Hsi as head coach. The former Flash Wolves star has brought success in both of his stops as a coach: in 2017 with the Flash Wolves and in 2018 with the Rogue Warriors. RW admittedly finished 15th in the 2019 Spring Split, but their roster was gutted in the offseason and left Steak few pieces to work with. His new voice could be the one that Uzi and the rest of RNG need to get them back among the LPL’s elite in the Summer Split.

WHAT TO MAKE OF JD GAMING?

Top laner Zhang “Zoom” Xing-Ran made the leap to the elite players in the LPL, but fellow solo laner Zeng “YaGao” Qi did not capitalize on his full potential in the Spring Split. Gu “Imp” Seung-bin had a resurgence in the second half of the split after being briefly benched in favor of the now departed Ju “Bvoy” Yeong-hoon, but overall had an inconsistent year. Sung “Flawless” Yeon-jun picked up his play in the second half of the year, though he too took a while before emerging as the unquestioned starter.

JDG have the talent to win big, but their inconsistency in the Spring Split raises more than few red flags as they head into the LPL Summer Split. The departures of Bvoy and Đỗ “Levi” Duy Khánh also give them fewer fallback options in case Flawless or Imp revert back to the poor play they displayed in the first half of the Spring Split. JD Gaming had a great run playoff run, but they’ll need someone to step up with Zoom if they want to make another run to the LPL Finals.