How to Play Saint in Rogue Company 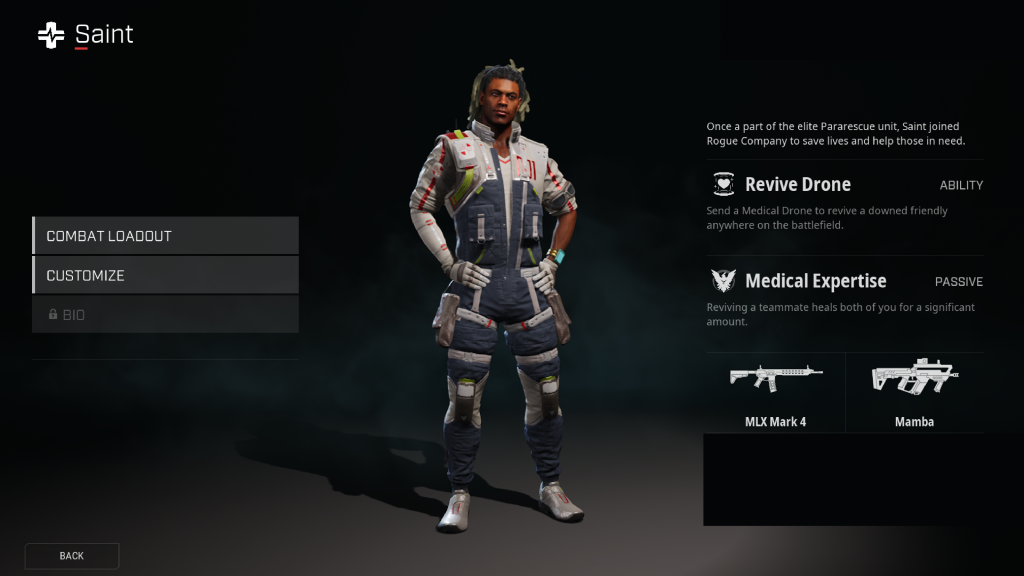 Saint is a top tier medic who can carry a great scoped rifle and has a unique Revive Drone ability. (Photo courtesy Hi-Rez Studios)

Saint is a medic rogue in Rogue Company who is designed around supporting your team with trip mines, his long range weapons, and a special heal drone which allows you to revive a teammate from anywhere on the map. Since his primary role is medical support, Saint typically plays pretty passively, looking to stay in the backline and rotate to various angles around the map, remaining alive so that he can make a difference by reviving teammates.

Saint is one of the starting rogues that players will have access to immediately upon installing the game. Despite being a default rogue, he wis still considered an S-Tier or A-tier character because of his revive ability and his extremely effective weapon. Although some of his abilities suit the defensive side slightly better, he is a great pick for both offense and defense. Since he is both free and high tier, Saint is one of the most popular rogues in the game.

Saint’s active ability is his Revive Drone. This Drone can be sent out to revive a downed friendly from anywhere on the map. The fact that there is no range limitation on this ability makes it very powerful. No matter where Saint is, he can make an immediate difference for his team using this drone. Another advantage to the drone is that it allows you to revive a friendly while keeping your weapons ready for a fight. Often it makes sense to use the medical drone to revive a teammate near you, even if you could manually revive them, if you anticipate an enemy push.

Saint’s passive ability is Medical Expertise. When he revives a teammate, both Saint and the teammate receive an immediate health boost. This can be helpful when you are reviving under pressure, since it means both you and the player you revive will be back to full health once the revive is complete. If you revive with the drone instead, your teammate will be left with only one pip of health and be forced to wait for their health to recharge.

Saint’s first weapon choice is the MLX Mark 4 rifle. This automatic rifle features a long-range scope on it, making Saint one of the few rogues in the game who has access to a weapon that can aim down sights. His scoped rifle is very accurate and can be useful at both long range and short range encounters. The rifle deals 20 damage to the body, which means it kills an unarmored opponent in 5 shots. At the base level, it has a magazine size of 30 and a 2.3 second reload time. A tier 1 upgrade for this rifle will net you 10 extra bullets in the magazine, at tier 2 the recoil is reduced by over 20%, and at tier 3 the damage at range is increased and the rifle gains a suppressor. 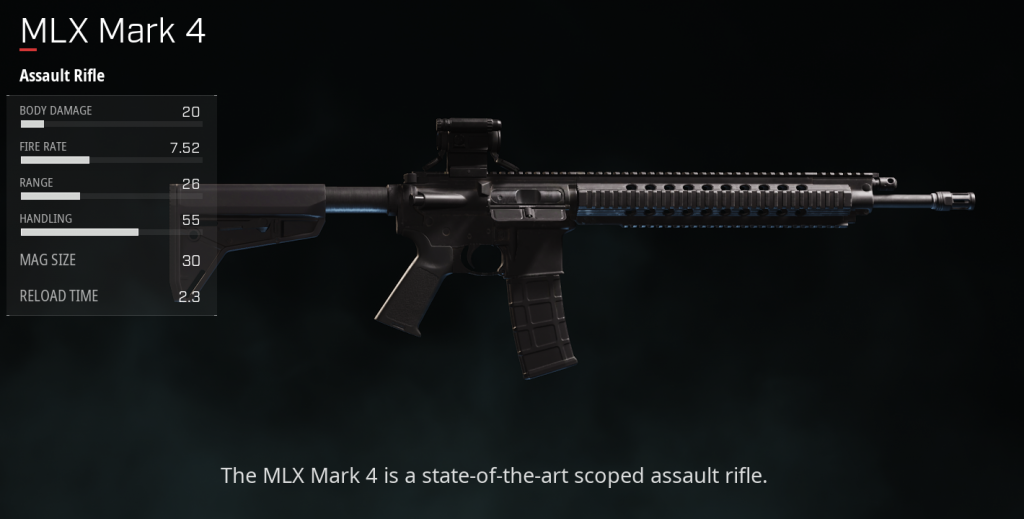 Saint’s second weapon option is the Mamba DMR. This is a three-round-burst DMR rifle which deals 45 damage per shot to the body, but has very unwieldy handling. This DMR could in theory down someone in a single burst at close range, but the spread on the burst is so wide it is highly doubtful it will ever actually happen for you. At the base level, this rifle can fire 10 times 3 shot bursts before having to reload, and features a 2 second reload time. When upgraded to tier 1, this rifle gains 12 extra bullets in the magazine. At tier 2, the handling on this rifle improves by about 10%, though it is still difficult to handle. Finally, a tier 3 upgrade will increase this rifle’s damage at range from 29 per shot to 35. 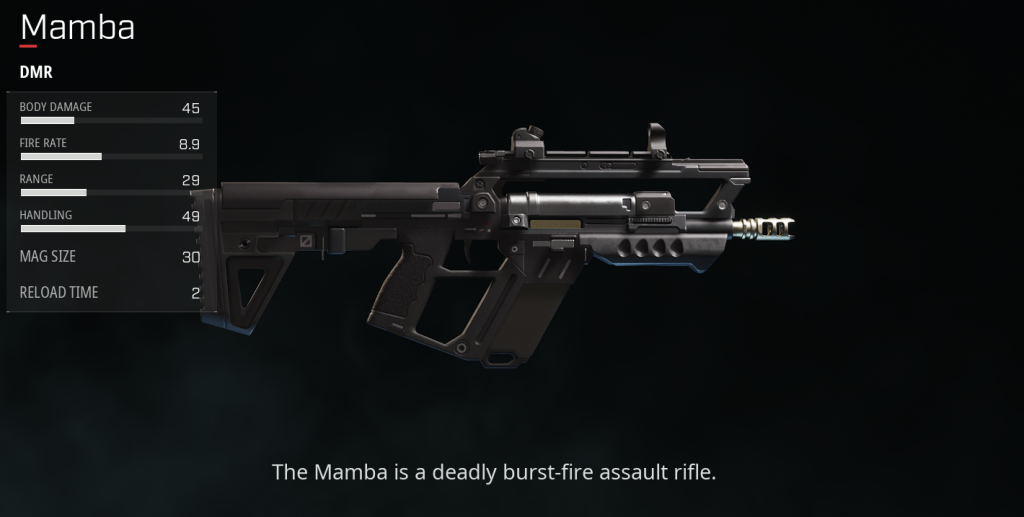 Between these two primary weapons, the MLX Mark 4 is the more popular one. It has precise handling that will reward your aim skills, and it isn’t totally useless in a short range confrontation in a pinch. Having a scoped ADS weapon in Rogue Company can be a huge advantage for long range gun duels.

Saint carries the Executioner pistol. This is the standard pistol for Rogue Company and deals 32 damage to the body, with a 12 round magazine and a reload time of 2 seconds. Upgrading this weapon to tier 1 will increase its magazine size to 16 rounds, and at tier two the weapons hip fire accuracy increases while the recoil on the weapon is reduced by about 20%. 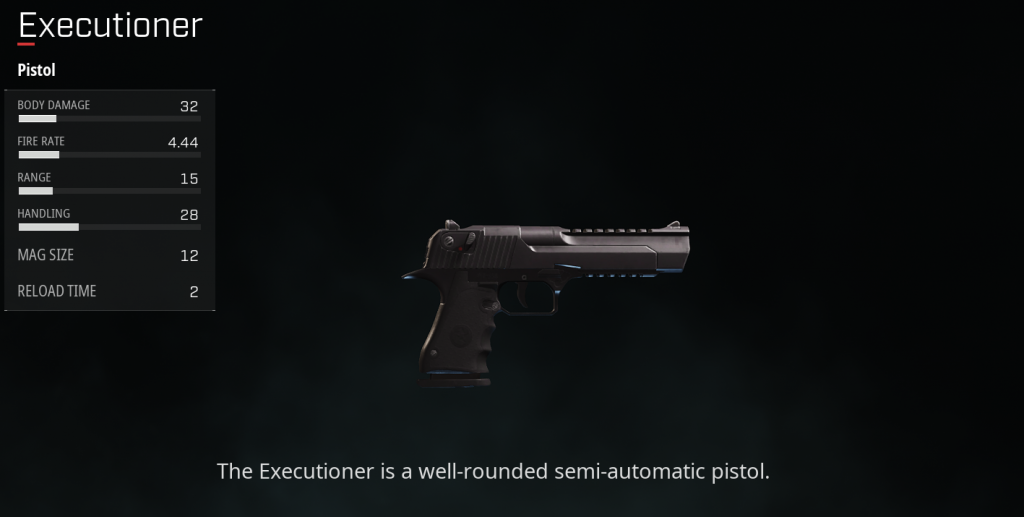 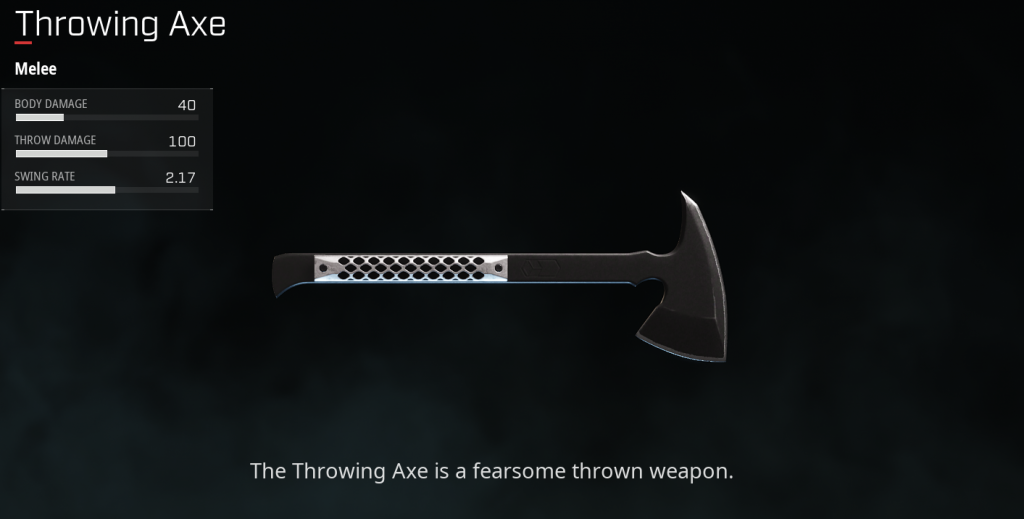 Saint can carry a Smoke Grenade for his first gadget. Smokes are a valuable tool in Rogue Company and they suit Saint’s support role well. When upgraded to tier 1, smoke grenades will last longer and they will slow enemies who attempt to move through the smoke directly. At tier 2, you will be able to carry two smokes at a time. 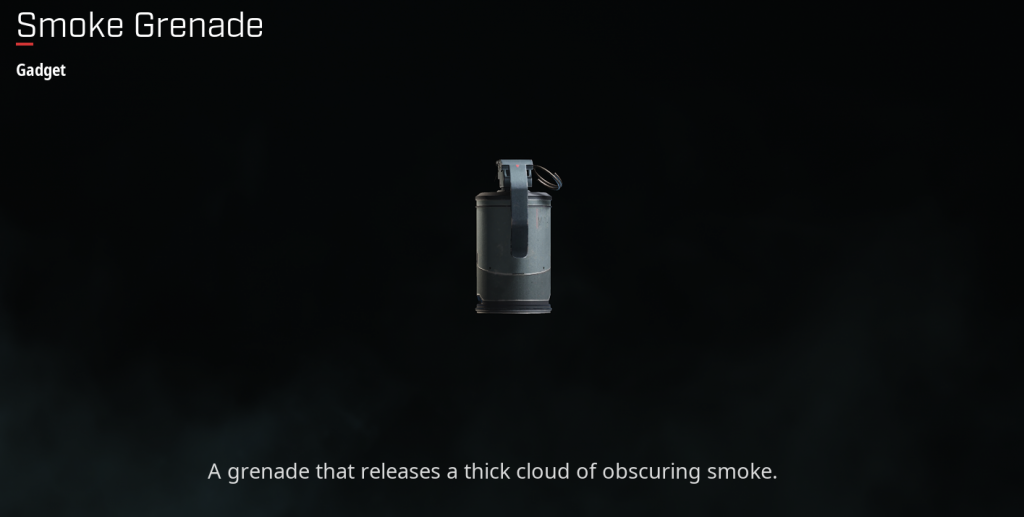 His second gadget is a trip mine. This deployable mine has a range of about five feet, and is perfect for trapping corners and small passageways. Even if you don’t get a kill with it, the enemy may have to destroy it, which will reveal their presence to you and your nearby teammates. You are able to pick up and replace trip mines when needed, so don’t hesitate to drop them, since you can always pick them up if you have to rotate to a new position. When this gadget is upgraded to tier 1, it becomes less conspicuous and harder to destroy with gun fire. When upgraded to tier 2, you will be able to carry two trip-mines at a time. 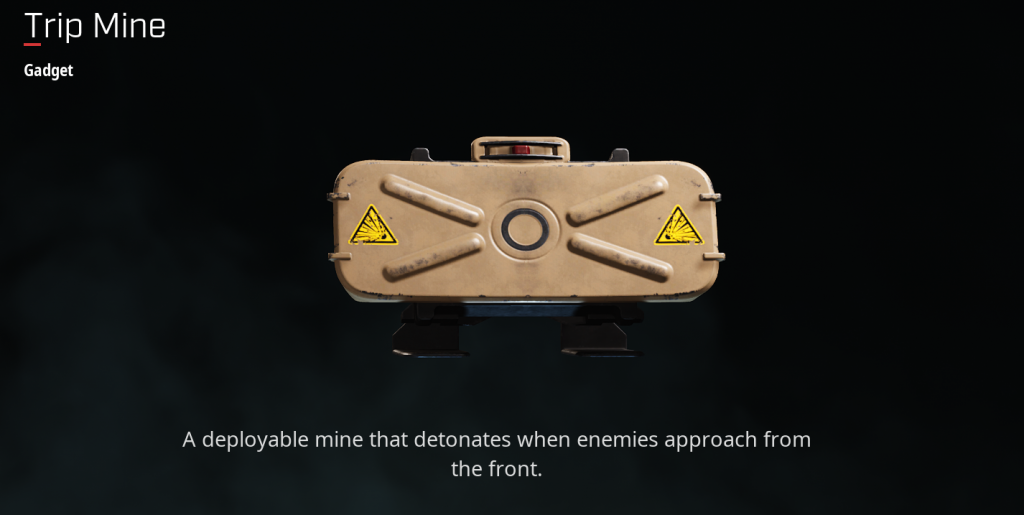 Here is one possible buy order for Saint:

This buy order prioritizes getting a rifle as quickly as possible. The scoped MLX Mark 4 rifle is the defining feature of Saint’s otherwise pretty standard kit. WIth this buy, you should be a decent mid range and long range threat by the second round. After that, invest in the armor to keep yourself alive. As Saint, most of your impact happens mid and late round, so staying alive is crucial to making a difference for your team. Next you will want to pick up his trip mines if you are on defense. If you are on offense, you can skip the trip mines and start investing further rifle upgrades and perks that will make you better at your medic role like Helping Hands.

Since Saint is a medic, it is best to stay near teammates and play the backline. On offense, Saint makes a great back guy, since his revive is the most powerful in the game. His long range weapons also work well with a backline support style. On defense, Saint players often do well by rotating between the sites, since it allows you to check the flanks and mid with your scoped rifle, and allows you to support your teammates players on all sides of the map.

When you put out your Revive Drone, make sure to cover the player who is being picked up. Enemies can destroy the drone, or kill your downed teammate before they are fully revived. If you pressure enemies, however, it forces them to stay in cover, giving your drone enough time to finish its work. If enemies attempt to take out the drone anyway, they will be vulnerable to be killed by you. A distracted enemy is very easy to kill in a fast paced tactical shooter like Rogue Company.

Finally, know when to use your medic drone and when to pick up players yourself. Remember that a non-drone revive by Saint replenishes the health of both the downed player and you. If you revive with the drone, on the other hand, the revived player will be left with only one bar of health. If you have the time and cover to pull out the full revive, it is often worth doing. However, there is also a time and place to pull out the drone and keep your guns at the ready for enemy pressure. Learning when to use which revive is a key skill for Saint players to master.