How to Play Rogue Company 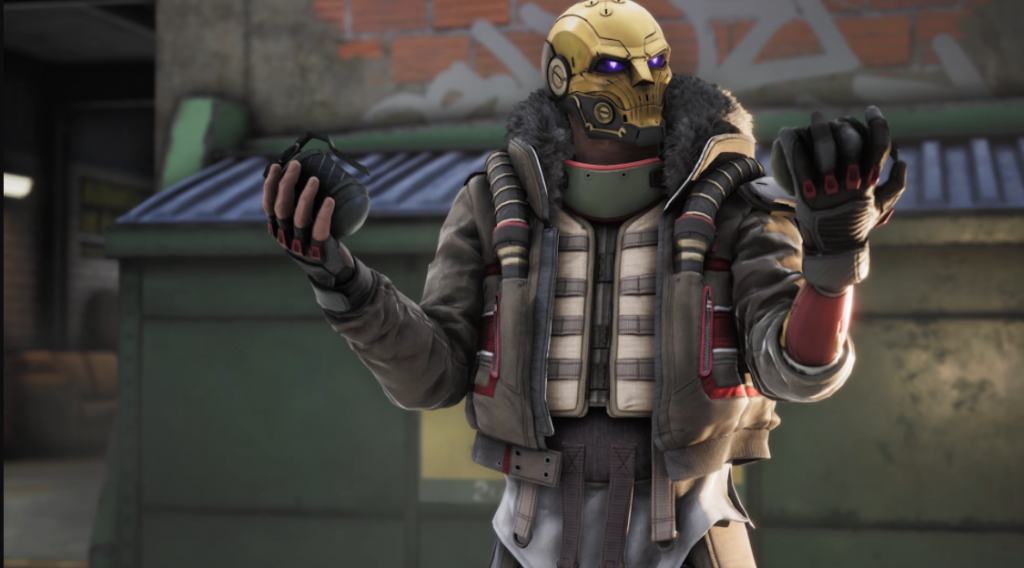 Rogue Company is a casual third-person hero shooter from Hi-Rez Studios. This game is designed with casual gameplay in mind and accessibility regardless of platform. Players can play with each other from PC, to consoles and the Nintendo Switch, just like other games in the Hi-Rez portfolio. As it stands, the game is currently in closed beta, with beta sign-ups, Twitch Drops or pre-ordering being the main ways to gain access.

So far, the beta for Rogue Company is gaining speed. New Rogues have come out during the beta stage, and they are fine-tuning the game with balance and content patches. More maps and Rogues will come out before release, so the game is still building and offering more to its audience.

Hi-Rez has made Rogue Company with a mix of familiar designs in other current shooters. Players will immediately recognize the character-based gameplay design with a selection of gadgets, primary weapons, and perks – like in Overwatch and Rainbow Six Siege. You may also recognize the light implementation of the round-based economy from games like CS:GO and VALORANT. However, when it comes to actual gameplay, it may feel a bit like Gears of War or Rainbow Six Vegas. There is a bit of something here for everyone.

But with all these mixes it may be a bit confusing to recognize how to play the game immediately. The number of features means players will likely do some exploring to understand what exactly the game is about. So, whether you want some fun co-op vs AI, King of the Hill or a Search and Destroy competitive mode this game will have something for you.

As it stands, there are two PvP game modes. Demolition – where attackers have to plant a bomb, while the defenders must defend two sites on a map – and Strikeout, a mode with limited lives and teams must fight over a point each round. Demolition is clearly for the more team-oriented and competitive players, while Strikeout is for the more casual pick up and play option.

Strikeout is the intended casual mode. Players have access to team lives and can quickly learn the strengths and weaknesses of the different Rogues in the game. Not to mention, Strikeout is a little less serious as death does not eliminate you from the round. Currently, six of the seven playable maps are accessible for this mode, so players will get to taste much of what the game has to offer.

However, Rogue Company’s preferred mode is Demolition. This is the much more competitive mode, and it feels like the balancing point for the different Rogues and roles in the game. This mode uses the one life per round rule and requires team play, skill, strategy, and communication to succeed from the get-go. While there is an element of that in Strikeout, the difference in Demolition is massive.

Rogue Company is expected to drop another game mode sometime in August. Players will gain access to a shooting range, where they can test weapons, gadgets and more. Rogue Company will soon have two ways for players to get used to the game in a much less stressful environment. 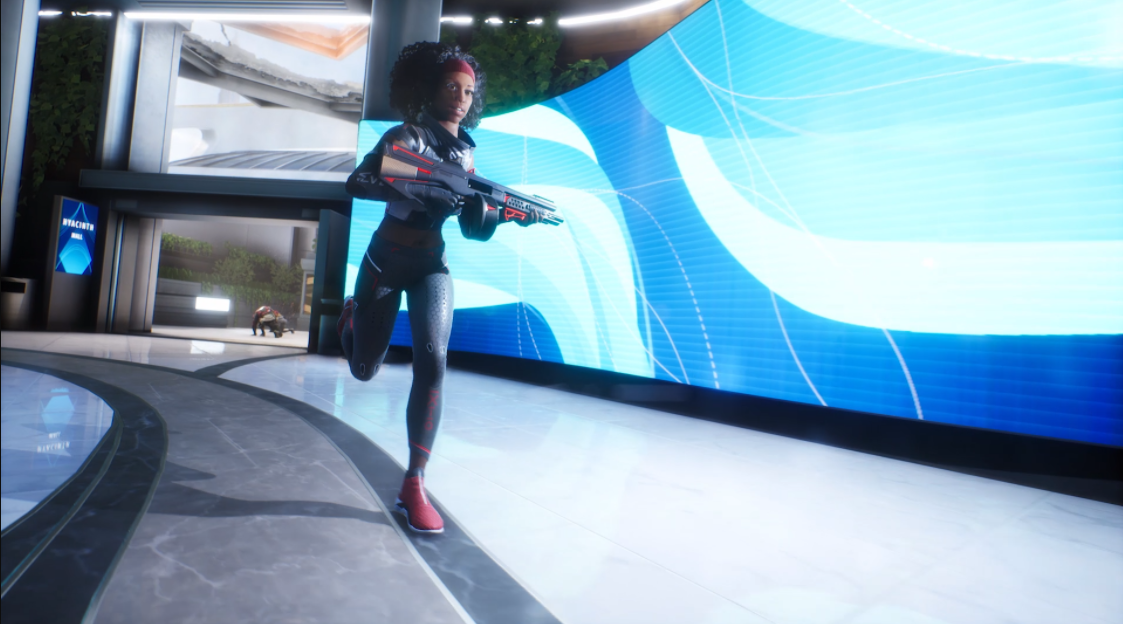 Lancer is one of the Duelist Rogues in the beta. (Photo courtesy Hi-Rez)

Rogue Company uses typical Hero Shooter character templates for its core game design which they call Rogues. Each Rogue fulfills  a role in the game, such as Support, Defender, Breacher, Intel, Sniper or Duelist. Four of the roles are the typical role types you expect to see in Hero Shooters. Still, Breacher and Defender designs are almost exclusively for the attacking and defending halves of Demolition.

Every Breacher and Defender Rogue feels exactly how they should do. Dima and Gl1tch feel like they initiate a push with Dima’s frags and cluster grenades, or Gl1tch’s hacking defence placements and removing tactical advantages. The same goes for Defenders, who lie in wait to destroy throwable equipment or lockdown sites with Anvil’s shield, Trench’s barbed wire or Vy’s harmful utility.

The other four roles in the game are staple to the genre. Duelists are your traditional carry heroes, each with their different style of getting frags on the board. Whether it be through Chaac’s active healing, Lancer’s pacing, Ronin’s tactical use, or Scorch out dpsing in Overheat. Each one offers a different playstyle, and those playstyles suit different player tempos, map positions and more.

The other three roles in the game are currently not that fleshed out. As it stands Talon and Dallas are the only two Intel Rogues. Talon is the more site-specific intel gatherer, as he fires a dart into a part of that map that continuously scans that radius and relays mini map enemy positioning if spotted. Dallas, on the other hand, has an ability that finds the nearest enemy player. Both have different playstyles and share similar roles with supportive or dualist elements.

Support and Sniper only have one Rogue in their roles. Saint is the only current support in the game, who carries more supportive and tactical utility gadgets, with a medical drone capable of reviving allies at a distance. Contrastingly, Phantom is the resident Sniper. Her Sniper is super strong, dealing 80 damage to body shots and instantly downing if they are headshots. Both Rogues stand out from every other Rogue in the game.

However, these Rogues are nothing without their weapon and gadget upgrades. Rogue Company has a simple yet in-depth economy mode that fits into Rogue’s improving their primary, secondary gadgets and buying perks. 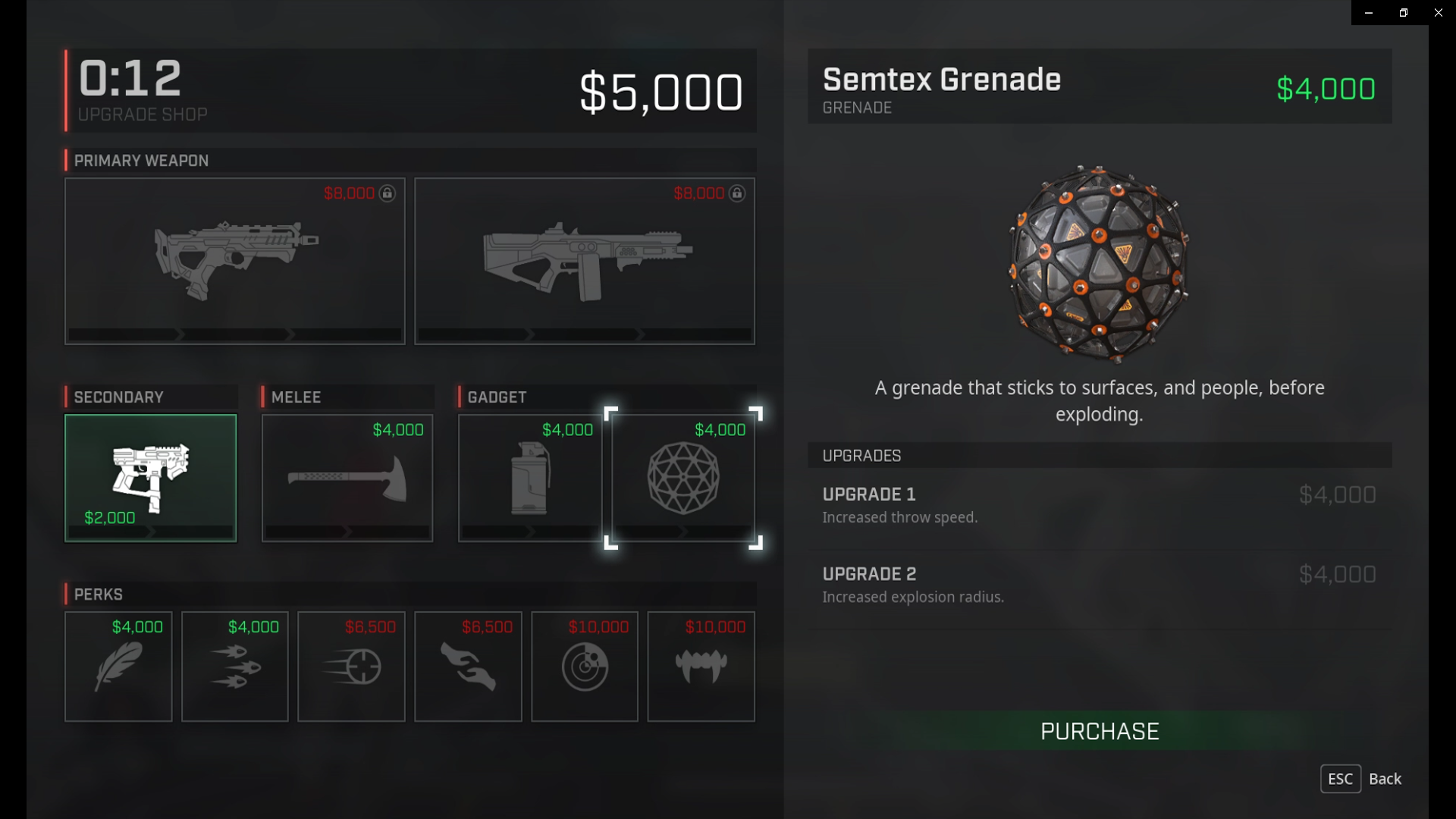 Both game modes in Rogue Company have economies. Strikeout is much faster and has a bigger starting budget for players to get into the game with. However, Demolition has a smaller starting economy, and round wins and losses change the pace of the game.

While the concept of economy is similar to CS:GO and VALORANT, there is not much advantage to a win or loss streak. Round win streaks don’t increase in value, but loss streaks do. Losing starts off at 6.5k cash, building up to 7.5k cash, the same value winning a round gives. Attackers snowballing of consecutive round wins does not offer all that much advantage. This is because economic benefits work differently. Player purchases during the game are permanent until the half resets and players begin to buy out their Rogue’s profile once again. The trick here in Rogue Company is about players upgrading their loadout and buying perks. Players will be able to do more with their kit once they get an extra gadget via upgrades or see their weapon performance significantly improve. This is where winning the economy matters, rather than tactically resetting their opponents in aforementioned titles.

Also, winning the pistol round is not that big of a deal. Sometimes players will not be able to buy a primary weapon if they didn’t get an assist, down or kill and lose the pistol round. This is precisely where the casual economy management comes in compared to other shooters, but that does not necessarily mean that it devalues the feature in any way.

Perks are the reason that the economy does not feel devalued by its simple implementation. By the end of the half, a player can have several perks purchased. Each Rogue has different perks, but there are always standout perks. Most rogues get a decreased time to begin regenerating HP, while others differentiate via tagging rounds to reveal opponent silhouettes or an HP boost from downing an enemy. Both perks can snowball a role, so there are pressure points in the economy for teams to contend. 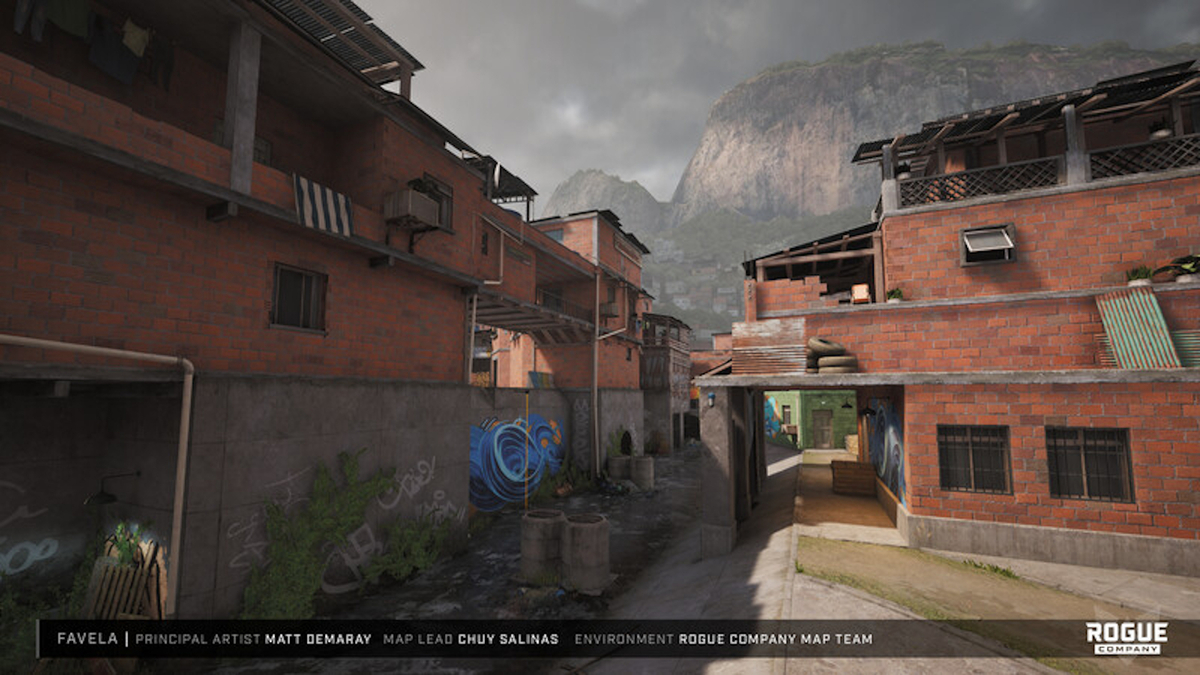 Favelas feature a rappel for a quick rotation from mid to B. (Photo courtesy Hi-Rez)

With Rogue Company’s big features out of the way, it is time to look at how the game plays. Players start on a drop-ship on either end of the map and then deploy. Players can choose to descend towards a site, mid, or another point of interest. However, both teams can see where their opponents are dropping by following the smoke trail. This makes for interesting gameplay as players can actively work out the intended round play. However, this deployment can become a mind game. Players can fake a stack towards one side of the map and quickly rotate another direction. For something so simple in one genre, this makes exciting round for round gameplay in a Hero Shooter.

Rogue Company is quite a fast game, with even quicker ways to navigate through maps. Some maps like Favelas and Skyfell have ziplines and rappels to path from one part of the map to another. While this speeds up the process of navigating the map, they come with risk and rewards. While a player may rotate to a site quicker, they sacrifice safety. Enemies may be in a position to counter your new path and down you while you are vulnerable.

Gadgets have strong interactions in the game as well. Gl1tch has significant interaction as a Breacher, with his hack picking up local enemy electronics like Anvil shield or Active Protection Systems. Pressing the hack can destroy them and create an opening. Furthermore, an APS can terminate incoming Ronin throwing knives, various types of grenades and more. There are also C4 and claymores that can take out enemy players, get them out of positions or use them to defend locations. Then there are Molotov’s, sticky grenades and EMPs in the game. There is a lot of variety, and they all fit surprisingly well into a quick flowing game.

As for the gunplay, Rogue Company uses third-person peaking with the ability to change shoulder angle. The game encourages watching angles, surprising enemy players and outplaying opponents by juggling cover, dodges and shoulder peaks. While simple and easy to use at first, the game can become an intense and highly skilled game to control correctly.

Speaking of gunfights, the game naturally encourages shorter range fights often. Most Rogues have a choice between SMGs and Shotgun primary weapons. SMG’s seem to be the go-to option for versatility in the game. However, some Rogues have DMR options instead of Shotguns, and there are very few Rogues with Assault rifles, with Phantom the only Rogue having a Sniper Rifle and Anvil having the only LMG option. What we find is most fights end with the most skilful aimer or positioner winning the duel. In other instances, a skilled sniper or DMR player will halt momentum on long angles by downing or maybe even killing an aggressor.

Rogue Company is a fun alternative to the list of prestigious shooters coming from other big publishers. While it is likely not to go esports anytime soon, this is a title that offers you easy to play, hard to master gameplay. Also, it is an excellent opportunity to catch friends regardless of the platform they play on. This game will do well and have a niche in the market.