How to Play Reyna 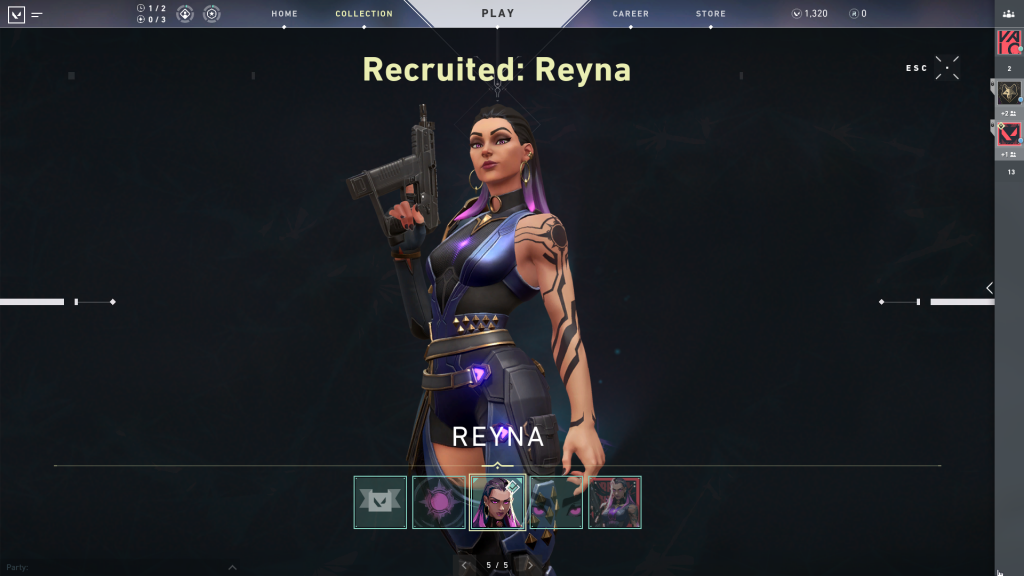 Reyna is a destructive Mexican VALORANT agent with the capability to self-heal, turn invisible, blind enemies and dominate in clutch situations. VALORANT’s Chief Character Design lead Ryan “Morello” Scott described the character on Twitter as being “feast or famine”, an all-or-nothing type agent.

“Reyna has the potential to pop-off like no one else, avoiding being traded on or healing so you have to beat her square-up each time. If she doesn’t get kills, though, she’s BAD. Like, near-useless. You’re making a big bet picking Reyna,” said Morello.

Fortunately, we’re here to give you some  insights to better understand Reyna. Nobody wants to be “near-useless” on a brand new agent now do they?

Why Reyna is Unique

Reyna’s unique mechanic is that when she secures a kill, a Purple Soul Orb appears above her victim for three seconds. She can then harvest that Soul Orb within the timeframe to cast either Devour (Q) or Dismiss (E). Both Dismiss and Devour share up to four charges purchasable in the buy phase, but without a Soul Orb or her ultimate active, Reyna will not be able to cast either of these abilities, even if you have bought charges. As Soul Orbs do not spawn from assists, it means you will have to kill enemies consistently to unlock her true potential.

Reyna was purposely designed to be lethal in the hands of mechanically skilled players, but for the majority of us mortals we’ll have to accept that some rounds we’re not going to be able to make the impact we want. The plus side, however, is that when you do nail a kill and harvest their soul, the buzz and momentum you will get from it is on par with a Jett Bladestorm headshot or a blind assasination with Sova’s Hunter’s Fury. 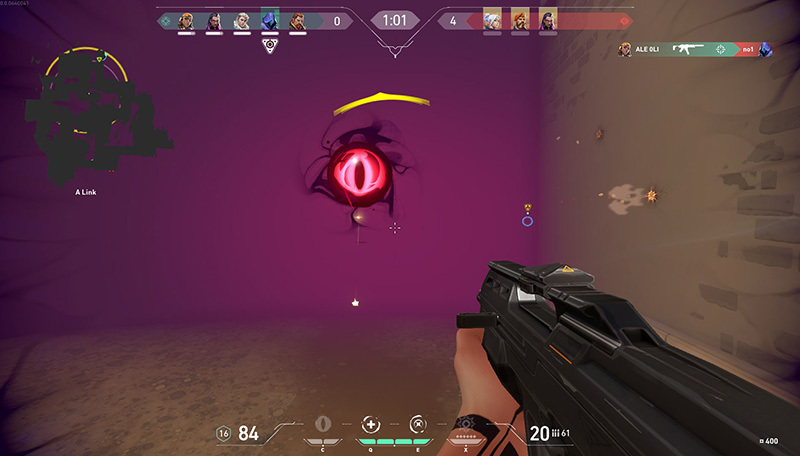 Success with Reyna will rely heavily on how well you use Leer, as it is the only basic ability that does not require Soul Orbs to cast. When cast, Reyna will throw an ethereal destructible purple eye a short distance. Once activated it will then near-sight/partially blind any players who look directly at it or towards it. If an enemy has been affected by Leer, a purple haze will appear above their head. If the eye is destroyed, the vision debuff is removed instantly. So while they’re distracted, take their souls. Be warned, if you stand too close to the Eye, the enemy will still see you, unlike with Phoenix’s Curveball.

Although Leer can only be cast a short distance in front of you, be aware it has a much much wider AOE. You can see how wide the AOE is on the mini-map, so don’t be afraid to launch your own lobby and work out the best spots to place it. Good spots to place Leer are areas you know the enemy needs to have their eyes on, such as entry points to bomb sites. You can also use it to push round corners or to surprise a camper behind double doors on Haven. To do this make use of the fact Leer can be cast through walls, if you do you will find the ability is far more potent and disruptive. As Leer only lasts a few seconds, place it and push fast, speed is paramount for this ability. 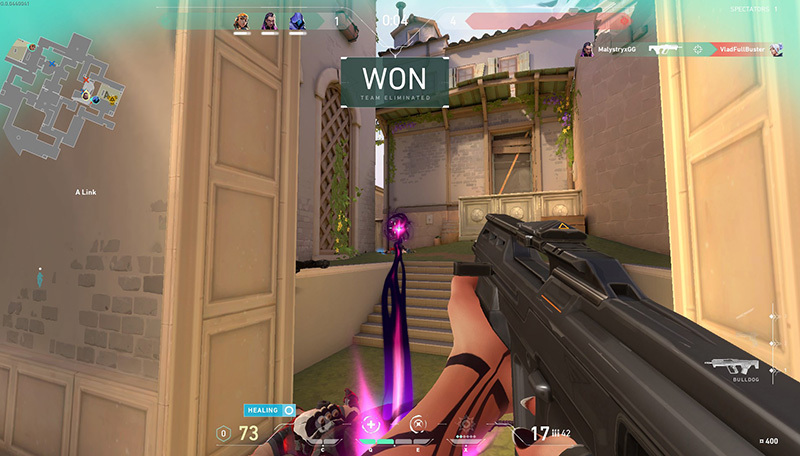 Devour and Dismiss are the only abilities currently in VALORANT that use the same pool of charges, so you’re getting a two-for-one deal when purchasing. As mentioned earlier, both abilities outside of when your Ultimate, Empress, is active, require Soul Orbs, which drop from enemies after they are slain by you, and only you. That means each round, feel free to peel away from your team to go solo and hunt down a juicy one vs one. You can have up to a maximum of four shared charges for Devour and Dismiss. Let’s move on to what they do.

Devour consumes the Soul Orb to grant rapid health regen, perfect for letting you secure multiple kills in a round. If the amount of healing surpasses your 100 max health, it will become temporary bonus health which will decay over time. For this ability to work effectively you can not break the line of sight between you and the Soul Orb when it is channeling. The link between you and the Soul Orb is visible to all players, so don’t be surprised when the enemy knows you’re still lurking around the corner. As a general rule, if you feel you’re in no immediate danger opt for Devour over Dismiss.

If Reyna’s Empress is active, Devour gets a juicy upgrade which if misunderstood could lead to you wasting precious time. During Empress, when you kill an enemy Devour will now cast automatically and no longer require a Soul Orb, meaning use it to cast Dismiss.

Dismiss consumes the Soul Orb and makes you “intangible” for a few seconds. In other words you’re literally invulnerable, making it the perfect breather for you to reposition to safety or to get a better angle on an enemy. In situations where you are outnumbered this will turn the tides, and give you a shot at clutching.

If Empress is active, Dismiss gets a massive buff as it will now also grant invisibility, a skill unique to Reyna in Valorant. As Reyna is fairly new, it is this buff that often throws off players the most, so even if you don’t plan to main Reyna, be aware that she can literally disappear. Make the most of the invisibility to reposition and give yourself the edge, it will be a much more satisfying kill.

Empress is Reyna’s Ultimate and the buffs to both Devour and Dismiss as mentioned earlier are not the only perks. Empress acts as a combat boost, increasing her rate of fire, and the speed at which she can equip and reload weapons. Empress also grants infinite Soul Harvest, meaning you will have access to both Devour and Dismiss even if you didn’t purchase them in the buy phase. Much like Raze or Sova’s ultimate, Empress has a timer, but that timer can be reset every time you get a kill. This is why Reyna has the potential to snowball out of control.

Unlike Jett’s Bladestorm which is great on an eco round, Empress is most effective when you have a good loadout or when you know the enemy team is short on funds. Use it to turn on the pressure early in a 5 v 4 or to help you clutch a 1v2 or 1v3 situation. Your reload speed is disgustingly fast in Empress, and with the higher rate of fire combined with Leer, you can kill them before they even see your face.

In short, Reyna is a high risk high reward character. You’ll either be styling at the top of the leaderboard or dead last. For CS:GO players, Reyna should be right down their street, with Leer essentially a flashbang and her impact based on mechanical skill and raw aim. Reyna is not really a team player, but if you have one person in your stack you know has ridiculous aim, pop them on Reyna and watch heads roll.