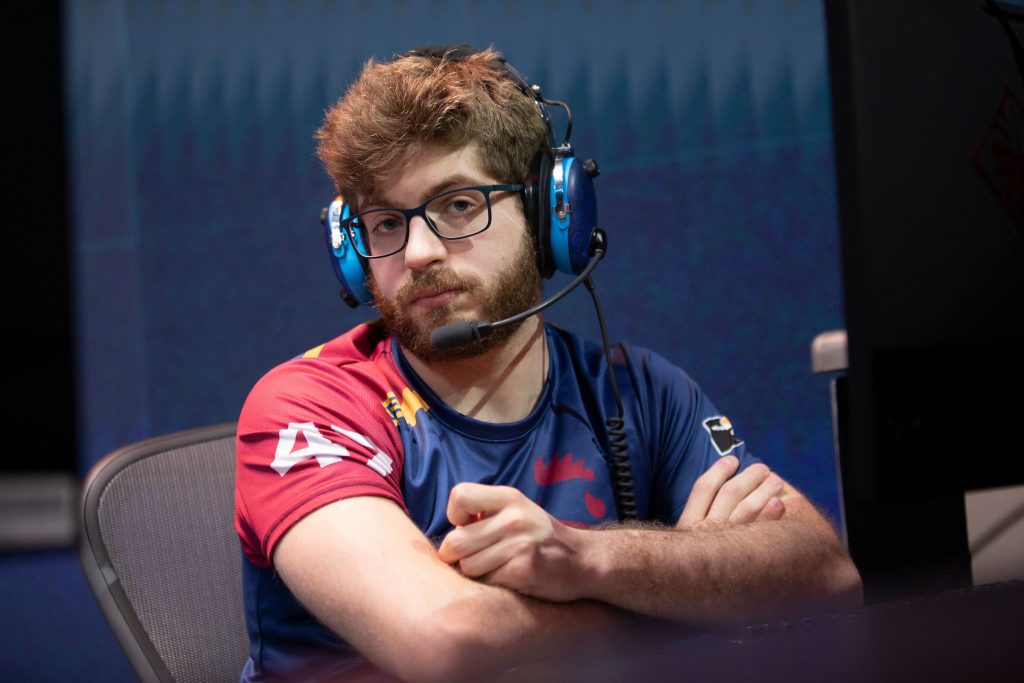 Paris Eternal Flex Support, Luis “Greyy” Perestrelo, announced on Thursday that he will be retiring from professional Overwatch and leaving the Eternal. Even in his retirement post, Greyy managed to make everyone crack a smile by memeing his former teammate Damien “HyP” Souville’s retirement post from April. Rather than simply write an original post, Greyy decided it would be more fun to replace relevant details in Hyp’s post with his own information.

In his post, Greyy replaced “GamerOrigin” with “Cloud9”, changed the name at the bottom to his own, and added a four to the jersey to make the jersey number 47 instead of seven.

Despite the meme of it all, Greyy is actually retiring. He published a non-meme retirement letter in response to his initial post on Twitter, saying, “Ok jokes aside though, I’m retiring. Sorry for the ‘meme-y’ format of the announcement, I know its a serious thing, but hey it is what it is”.

Greyy has been involved in the professional Overwatch scene since 2017. He competed with Cloud9’s Contenders team along with several other Contenders teams before eventually being picked up by the Paris Eternal to compete in the Overwatch League. He also competed for team Portugal in the 2017 and 2019 Overwatch World Cup’s.

Like many OWL professionals who have retired over the past few months, including former OWL MVP Jay “Sinatraa” Won, Greyy cited his lost passion and declining mental health as the primary reasons for his retirement. He also indicated that he has been considering this move for some time, even before Hyp retired more than a month ago.

Greyy explained that, “The only reason I didn’t do this move earlier is because Hyp’s retirement left me in a weird spot. I was concerned my team wouldn’t be able to easily find a replacement amid COVID-19, so I kept practicing and playing with them for some time after telling staff that this is what I wanted to do.”

Grey went on to express his gratitude to the Paris Eternal and his teammates, saying, “We often joke about how there is a “French gang” and a “Korean gang”, but as the sole Portuguese [player] I genuinely felt included in both all the time. My teammates are awesome people and incredible players and I really want to see them succeed.”

There was a significant outpouring of support for Greyy on Twitter as he leaves the professional Overwatch scene. OWL desk analyst, Jonathan “Reinforce” Larsson, left his best wishes under the post. The Paris Eternal also posted their best wishes for Greyy as well.

Today, we say goodbye to Luís 'Greyy' Perestrelo as he decided to retire from professional Overwatch.

Thank you @GreyyOW for everything you brought to the team, your hard work and your special humor.
We wish you all the best for your future endeavours.
Obrigado, Luís ❤️#FiatLux pic.twitter.com/A8uvo58dge

In the past month, Paris has lost three support players. Hyp and Greyy retired and Harrison “Kruise” Pond left the Eternal to join the Toronto Defiant. Luckily Paris was able to acquire Korean support player Kwon “Fielder” Joon last week, who will join Brice “FDgod” Monscavoir as their support core in the Eternal’s upcoming match against the Gladiators on Saturday, May 9th.