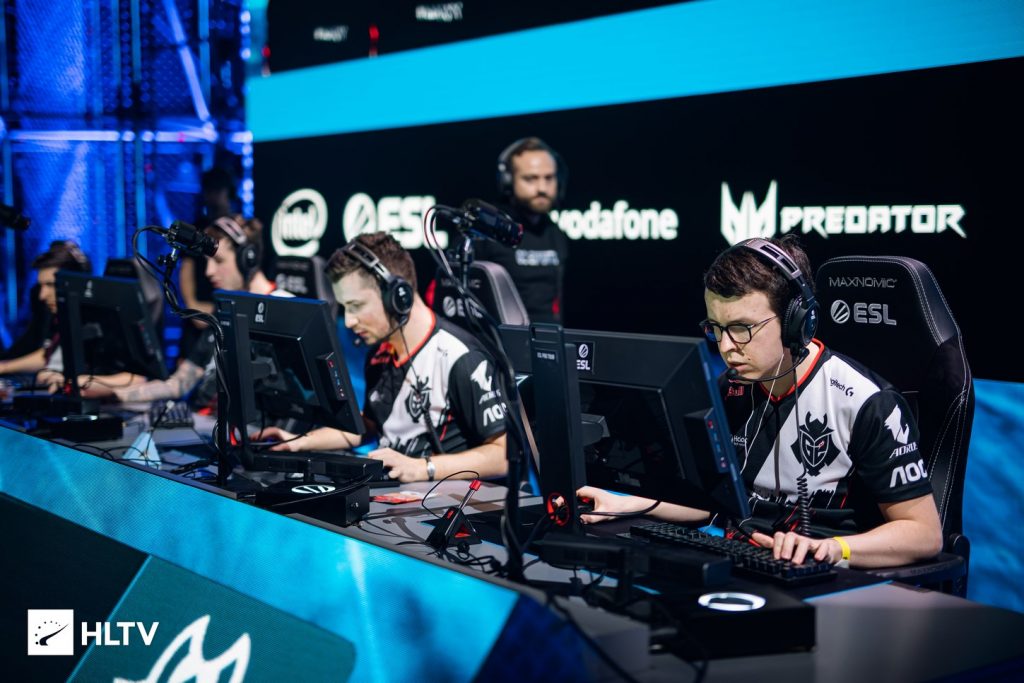 G2 Esports have showcased the strength of their roster with NiKo by taking Group C at BLAST Premier Fall. (Photo courtesy HLTV)

The last group at the BLAST Premier Fall Regular Season has come to a close. G2 Esports earned first place after taking down Astralis in the group final. Unlike groups A and B, this was the only one to result in a lower bracket team finishing in first.

BLAST Premier Fall Group C was the debut of G2’s new complete roster. One of, if not the biggest free agent signings in CS:GO history placed star Nikola “NiKo” Kovac within the ranks of the French-Serbian squad.

G2’s first match against FURIA was a short and sweet display of dominance. Mirage was the first map courtesy of G2. Their offense started on the rough side after a pistol round loss. A 1-5 deficit was then turned on its head as G2 won all but one of the remaining rounds. A 9-6 score line failed to capture how lopsided the match felt. The second half only held 11 rounds as G2 comfortably closed out the map 16-10.

FURIA’s favorite Nuke pick was up next. The Brazilian side put up an above average attack thanks to some key clutches. However, a small 8-7 lead would not be enough for FURIA to hold on. G2 put together an even better T side as three players all broke a 1.50 HLTV rating. FURIA was helpless as G2 won eight of the final nine rounds to end the game 16-11 and secure the sweep.

With the initial matches out of the way, it was time for G2 to take on Astralis. The 2nd ranked team in the world would be a good test for the 13th’s new squad. G2’s Dust2 pick was up first. This map was NiKo’s arrival party. He alone was able to absolutely destroy Astralis on every front. NiKo put up an insane 38-16 K-D ratio, 135.1 ADR, and a 2.08 HLTV rating as he hit shot after shot.

The result was a 16-11 win for G2 to give them a one map lead. Astralis would even up the score on Nuke. Much like FURIA, the Danish side was able to edge out an 8-7 lead on their T side. This time, G2 was not able to match it. Astralis played much better overall whereas only Nemanja “huNter-“ Kovac had a game to write home about, top fragging the server. The 16-12 finish ensured a third and final map.

Inferno would be the decider. The first two rounds went back and forth. With economies on the line, NiKo went big with a 1v4 retake denial on the B bomb site.

G2 then went on a big streak to earn a 5-1 lead. However, Astralis wouldn’t give in so easily. The Danish squad was able to stabilize towards the end of the half and eek out an 8-7 score. The second half was also very streaky. No one ever found more than three rounds in a row as the score stayed tight. Overtime was required to separate the teams. In the end, Astralis had the gas left in the tank to take a 19-15 victory and advance to the group finals.

Now in the lower bracket, G2 had to face off against an MiBR squad that had been surprisingly strong with three hastily acquired players. The Brazilians would prove difficult for G2 to deal with. Map one was MiBR’s Nuke. The trend of Nuke being better for the T side than usual continued as MiBR took another 8-7 lead in the first half. G2 was able to respond in kind and even had a 15-10 lead. MiBR then won the last five rounds in a row to force overtime. Unfortunately for them, they had nothing left as G2 took every round to secure map one 19-15.

Dust2 started off with G2 on the T side. Francois “AmaNEk” Delaunay and huNter- both broke 100 ADR as G2 took a 9-6 lead. The map stayed in their favor throughout the second half earning them yet another match point at 15-11. Once again, MiBR was able to claw back to overtime. This time, the Brazilians found their victory 19-17.

With the score tied at one map apiece from two overtimes, a close last contest was expected. Instead, we got one of the biggest stomps of the regular season. MiBR started out Train with a T side pistol round. That was the only point where they looked competitive. G2’s CT shut the Brazilians out of every part of the map. MiBR only managed four bomb plants total as G2 took an 11-4 lead. A quick second half saw G2 take the series with a 16-5 win.

A rematch between G2 and Astralis was set. Both of their previous two matches contained all three maps and multiple overtimes. This time, the fireworks would end in a dud. Dust2 and Nuke were once again the picks for the two teams. G2’s T side started with two bomb defuses. That was the only time they trailed on the map. A seven round win streak ensued, resulting in a 9-6 half time score. NiKo was out in full force, earning a 27-17 K-D and 106.7 ADR as G2 took their map 16-11.

Astralis were once again hoping to equalize the series on Nuke. For the first time all tournament, they had a narrowly losing T side start. A 7-8 deficit for Astralis was soon remedied by winning their first five CT rounds. G2 was able to find some ground in the middle of the half. Needing to avoid a broken economy, NiKo came through in the clutch to give G2 an equalizing 13th round and the momentum.

With that, G2 was able to take the last three rounds of regulation and secure a 16-13 win. First place in Group C belonged to them.

G2 and Astralis are the final two teams to lock in their spots at the BLAST Premier Fall Finals. They join OG, Vitality, Na’Vi, and BIG. Meanwhile, FURIA and MiBR will be playing in the Fall Showdown for a chance at one of the two remaining spots in the Finals. The Showdown begins on November 23rd