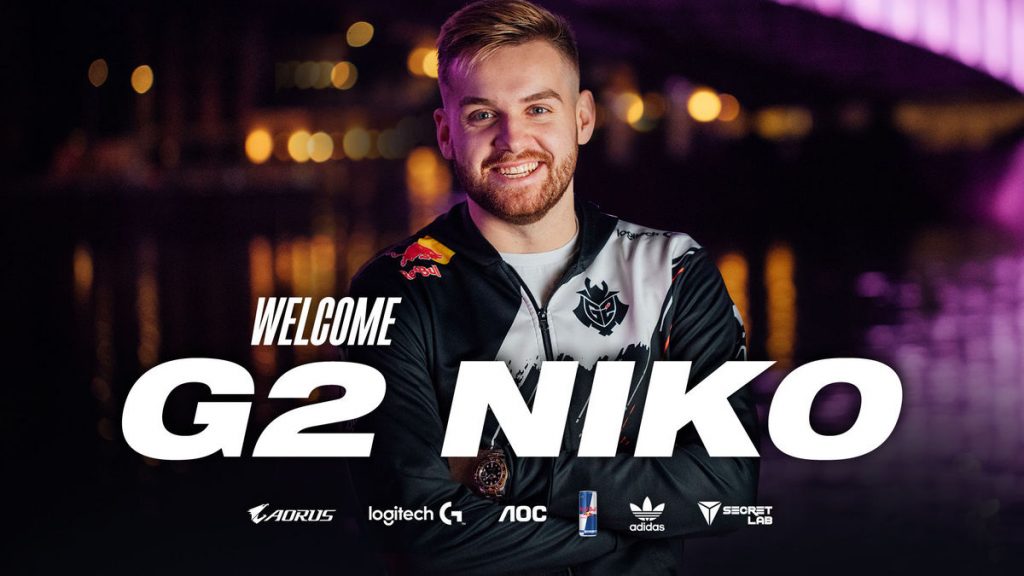 G2 Esports have announced that Nikola “NiKo” Kovač is leaving FaZe Clan after three years to join their multi-national CS:GO roster. The deal sees NiKo get a chance to play with his cousin, Nemanja “huNter-” Kovač, as well.

The deal was rumored back in September when whispers floated around the scene over the potential for the deal. The deal was dismissed as rumor but is now confirmed as the real thing. G2 Esports now contains six people on the active roster, with G2 not ensuring who is the benched player.

In the G2 announcement on its website, the organization said that the team is looking to see what the optimal line-up is for the future of the team. It seems like the roster is temporarily using a six-man roster while they assess the best way for the team to progress into the future.

With NiKo signing to the roster, it is likely he will play a more carry oriented role. He has spent most of his career as one of the best fraggers in the world. His time on mousesports through 2015 and 2017 showed he was one of Europe’s rising stars and the three and a half years on FaZe Clan did not change his star power value.

The most likely candidates that will face the bench on the G2 line-up is either François “AmaNEk” Delaunay, or Audric “JaCkz” Jug. Kenny ”kennyS” Schrub remains the team’s active AWPer, and the unification of the Kovačs seems to play a role in the identity of the group.

With the departure of NiKo from FaZe Clan, the roster says goodbye to a long-standing member of the roster. Over the three and a half years on the roster, FaZe Clan has won 10 events with the player, made it to the Major Final of the ELEAGUE Boston Major, and most recently won the IEM New York European Online event.

G2’s next event is the BLAST Premier Fall 2020 Event. The side is in Group C and will play FURIA in their opening match on November 2. On the other hand, FaZe Clan is set to play in the BLAST Premier Fall event as well; only they are in Group B beginning October 29. It is now FaZe’s move as to who is joining the CS:GO side as they move into active competition a day after the departure of their star player and in-game leader.