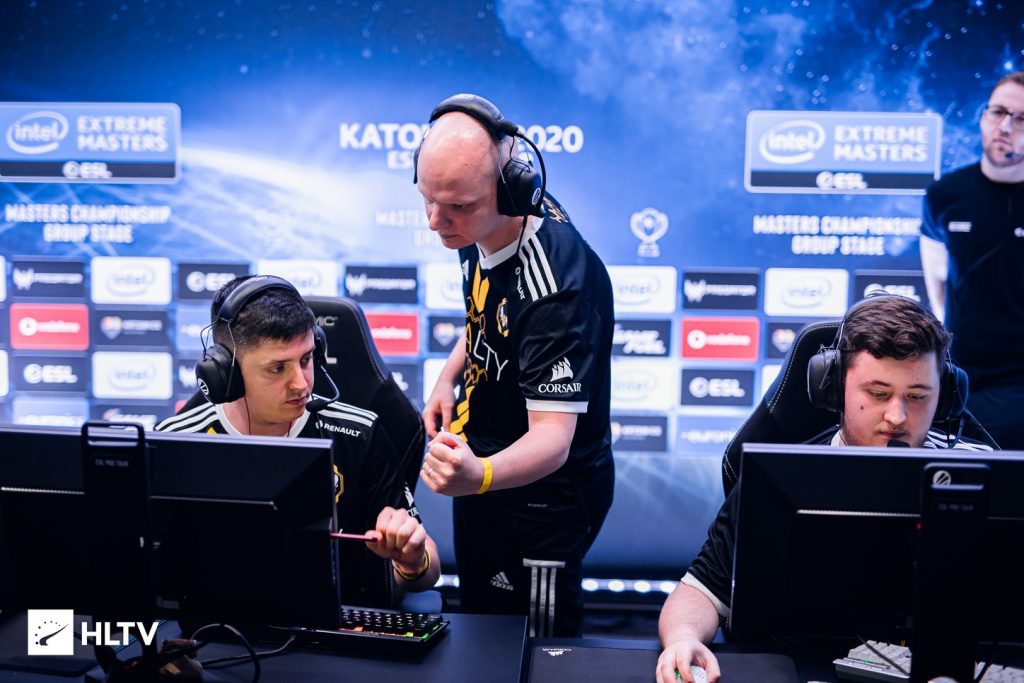 Vitality have topped Group B at BLAST Premier Fall after taking down BIG twice in a row. (Photo courtesy HLTV)

Group B at the BLAST Premier Fall Regular Season has come to a close. The group consisted of Vitality, BIG, FaZe Clan, and Complexity. Unsurprisingly, the top two ranked teams in Vitality and BIG have earned their tickets to the Fall Finals by finishing first and second respectively.

The first set of Group B was one of the closest. Vitality’s match against Complexity went the distance with three full maps. First up was Complexity’s Nuke. Although they got off to a 5-0 start on the T side, Vitality were able to bring the score back to even at the half. The French squad then rallied behind Richard “shox” Papillon on offense. His 26 kills and 94.5 ADR helped Vitality to steal away their opponents map 16-14.

Map two was Dust2 courtesy of Vitality. Their newest acquisition Nabil “Nivera” Benrlitom made his debut in this game. Although he performed admirably, Vitality was unable to find a consistent working strategy. Complexity went up 10-5 at the half. Vitality tried to make up the deficit but just couldn’t keep pace on their CT side. A 16-12 result saw Complexity tie the series up.

Vertigo was the final map in the series. Complexity started their CT side with a five round win streak. Just like on Dust2, Vitality were struggling on offense. They once again found themselves with a 10-5 deficit at the half. This time, the French side would put together a true team performance. Every player earned an HLTV rating of at least 1.15. Shox once again topped the charts and managed to close the game out in regulation. Another 16-14 finish locked in the victory for Vitality.

The other side of the bracket saw BIG take on FaZe in the first round. The teams ended up trading each other’s maps with BIG narrowly taking Mirage 19-17 in overtime and FaZe comfortably finishing Nuke 16-9. It was BIG who had more stamina left for Dust2. A tight 8-7 half quickly snowballed out of control as BIG had a near perfect defense. The 16-9 score line sent BIG through to face Vitality.

A guaranteed top two finish was on the line for both squads. It was a highly anticipated match between the third and sixth ranked teams worldwide. However, the series ended up being a one-sided affair. BIG started their Dust2 pick by winning the pistol and going up 4-0. After that, everything went in favor of Vitality. Mathieu “ZywOo” Herbaut and shox combined for 36 kills in just the first half, giving Vitality a 9-6 lead. Even winning the second pistol couldn’t help BIG close the gap. Vitality took seven of the last eight rounds in a row to win map one 16-10.

Overpass had a similar end score as Dust2, but BIG didn’t have the benefit of either pistol round this time. Vitality earned a seven round T side while only winning four gun rounds. Unfortunately for BIG, the lack of free points on the scoreboard caught up with them shortly. Once Vitality evened the score at 10 apiece, the French squad won six of the last seven rounds in a row on defense to secure a 16-11 win and a spot in the group final.

Seeing as how Complexity looked much more competitive against Vitality than BIG did, an upset was a real possibility coming into their matchup. Instead, BIG showed up in their best form all tournament. Starting on Complexity’s Vertigo pick, BIG found a second-round force buy win to give their T side a boost.

The result was a narrow 8-7 lead at the half. Complexity’s T side featured new arrival Justin “jks” Savage taking the fight to BIG. His 15 kills and 117.7 ADR helped Complexity streak up to a 14-10 score line. Now one mistake from overtime at minimum, BIG put their foot down on the defense. The last six rounds all went their way as they snatched Vertigo 16-14.

Dust2 was the most lopsided map of the group stage. After losing the opening pistol round, BIG forced up and ran through Complexity’s CT side. A 10-5 half put BIG in good position to close out the series. They would do so flawlessly, holding Complexity to zero rounds in the second half. The 16-5 score line confirmed BIG for the Fall Finals.

After the roll that was their previous matchup, BIG was back for revenge in the finals. However, the second time was not the charm for their Dust2 pick against Vitality. BIG barely managed to have a winning first half this time. The real problem came on their defense. BIG still couldn’t stop the French T side as ZywOo and Nivera combined for 25 kills and 201.2 ADR. A 16-12 victory for Vitality was the result.

With their backs against the wall, it was onto Nuke. BIG did have the benefit of starting on the CT side which they took advantage of wholly. Vitality only managed to find a string of three rounds in the middle of the first half. Everything else went the way of BIG. A dominant 12-3 start gave BIG their best chance at taking a map off of Vitality. Even with that lead, the map ended up coming down to the wire. In the end, BIG took the final round of regulation to eek out a 16-14 win.

For the first and only time in Group B, Inferno was up at bat. BIG started off with a T side pistol round win and a 3-0 lead before Vitality responded with five straight. BIG went on to win six of the last seven rounds in the half with very little damage dealt overall as Vitality kept finding themselves on the wrong side of the attack. The French squad now had to deal with a 6-9 deficit going into their offense.

They would do so with flying colors. Despite losing to a second-round force buy, Vitality managed to bounce back and take seven straight. Nivera and ZywOo were once again at the helm of the ship. Their 27 kills and 211.1 ADR helped Vitality one-up BIG’s T side. A 10-3 second half score finalized the 16-12 victory for Vitality.

Vitality and BIG will now join OG and Na’Vi at the BLAST Premier Fall Finals. Meanwhile, FaZe Clan and Complexity must play in the Showdown in late November for one last chance at redemption. The final group of the regular season begins on November 2nd.e