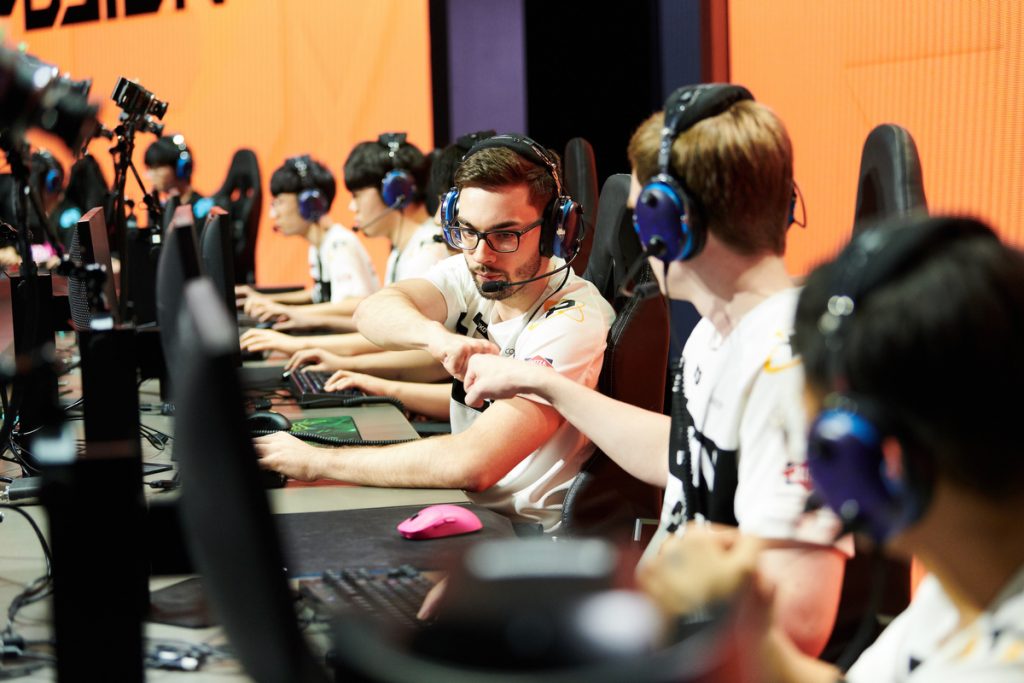 When the Philadelphia Fusion take on the Shanghai Dragons on Thursday, they’ll have a golden opportunity to rewrite their season. After a full year of playing second fiddle, first to the Eternal in the Summer Showdown then to their heated rivals, San Francisco, in the Countdown Cup and NA playoffs, they can finally claim the title they’ve been seeking since the OWL’s first season. Three wins is all it takes to reach the mountaintop. They’ve been here before. Will history repeat itself, or can the Fusion shrug off the past in pursuit of the ultimate prize?

Finding a Mental Reset In Quarantine

The Philadelphia Fusion entered quarantine on the heels of a familiar result in the North American playoff bracket. They started the postseason looking like worldbeaters, the team that would define the meta in the region while sweeping aside lesser competition. It was a mirror image of their dominant regular season. Then, they ran up against the Shock. After setting the pace to start the postseason, they came up short once again against their biggest rival. Yes, they easily dispatched the upstart Washington Justice to snatch NA’s second seed at Grand Finals, but the monkey remained on their back.

The NA teams quickly made their way to Korea to begin their mandated two weeks of quarantine isolation. For most people, that’s a situation that could create a tremendous amount of stress or anxiety. For the Fusion, if anything it was a chance to get some distance from their recent disappointment.

“The first few days were a little rough before we got the food package from Blizzard which was a real lifesaver,” said Daniel “FunnyAstro” Hathaway. Blizzard provided an assortment of goodies to the quarantined players alongside high-end laptops that allowed the teams to continue their Grand Finals prep from their hotel rooms. 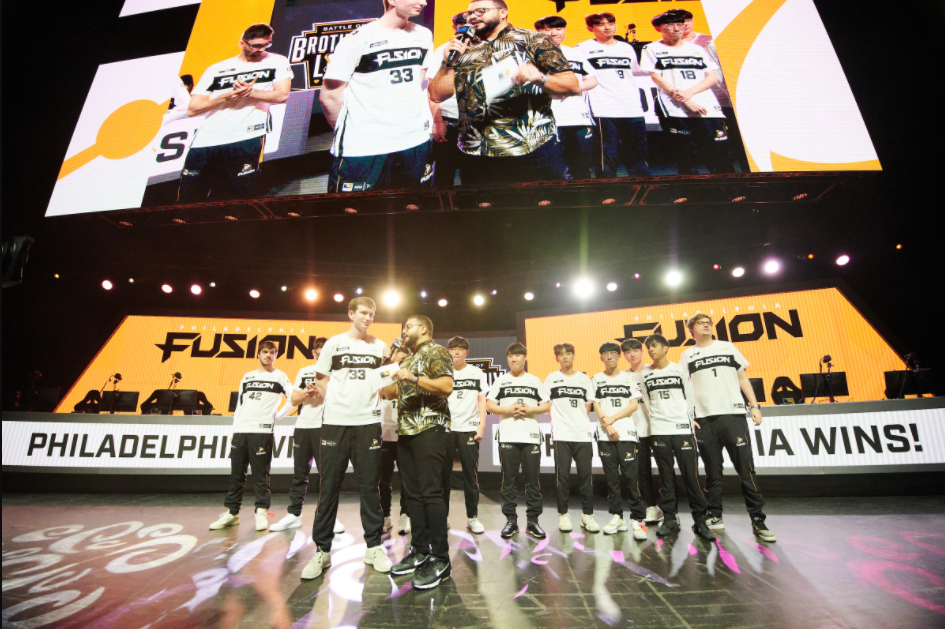 That practice proved to be vital as the Top four teams sunk their teeth into the playoff patch. In the time since the last playoff games, the meta has shifted. In part, that’s due to the natural evolution of a new meta, but it can also be attributed to the clash of styles between the NA teams and the APAC squads.

We have no history [against Shanghai]. We don’t know what to expect.

“I guess it was certainly inevitable that when two regions meet and two choices of styles or comps come together that one had to budge and they would probably meet somewhere in the middle,” explained Fusion assistant coach Christopher “ChrisTFer” Graham. Though he remained tight-lipped on specifics, two weeks of scrimming Korean Contenders teams has expanded the Fusion’s grasp of the current meta.

Philadelphia emerged from the quarantine earlier this week in good spirits. They had kept each other sane by spending time streaming or sharing meals over Discord. They had put some distance between them and the struggles of the season. As they reconvened for the home stretch, all that mattered was the task ahead.

Philly’s first test at the Grand Finals might be the toughest there is. The Shanghai Dragons have been nearly perfect this year, losing just three times all season long. Luckily for the Fusion, Shanghai doesn’t present the same baggage that another rematch with the Shock might bring. In fact, Philadelphia doesn’t have any baggage at all when it comes to the Dragons.

“We’ve never played Shanghai this entire season. We have no history. Zero scrims. Zero matches,” FunnyAstro said. “You don’t really know what to expect.” As the two regions come together for the first time this year, that element of the unknown is what makes the coming days so exciting. Everyone has ideas and expectations, but that can all go out the window as soon as matches begin.

Looking at Shanghai, the only certainty is that Philly are facing down a behemoth of an opponent. It’s not at all difficult to look at the Dragons and see their greatness on display. They have the 2020 MVP in ByungSun “Fleta” Kim, as well as multiple players who had their own cases for the league’s highest individual honor. They had a duo of Rookie of the Year candidates in Jae Won “LIP” Lee and Jae Gon “LeeJaegon” Lee.

“I think they’re one of the teams that benefits from having a stacked roster without weak positions rather than a team that’s reliant on having some players carry the weaker players,” stated ChrisTFer. “I think they have threats from every position.”

Beyond their individual talent across the board, the other thing that fueled Shanghai’s success this year was their undeniable clutch factor and ability to adjust their strategies mid-match. It was on display most prominently in two of their matches against Seoul, first during the May Melee and again in the Winner’s Final of the APAC playoffs. Both times they found themselves one map from defeat but completely swapped their composition to spark big comebacks.

If Philly want to take down the Dragons, they probably need to do so quickly. Giving time for Shanghai to figure you out and activate their clutch potential seems like a recipe for disaster. A fast 3-0 or 3-1 seems like the best route, but that’s obviously easier said than done against the league’s top team.

If the Fusion are to pull off the upset against Shanghai, it’s a safe bet that Heesu “Heesu” Jong will be a crucial piece of the puzzle. On a team with Rookie of the Year KyeongBo “Alarm” Kim and show stopping DPS JaeHyeok “carpe” Lee, Heesu isn’t always the one in the spotlight. It’s fitting for a Sombra savant to slip under the radar so easily, but over the course of the season, Heesu has become invaluable to the Fusion.

Heesu first found his place playing alongside carpe in double-hitscan comps that arose out of Hero Pools. As the season progressed and Sombra came into the meta more and more, Heesu went from a solid bench player to an integral part of Philly’s late-season success. ChrisTFer described Heesu’s important role: “I think he’s probably the best Sombra in the league which obviously gives us really easy avenues in certain metas to play the Sombra.” 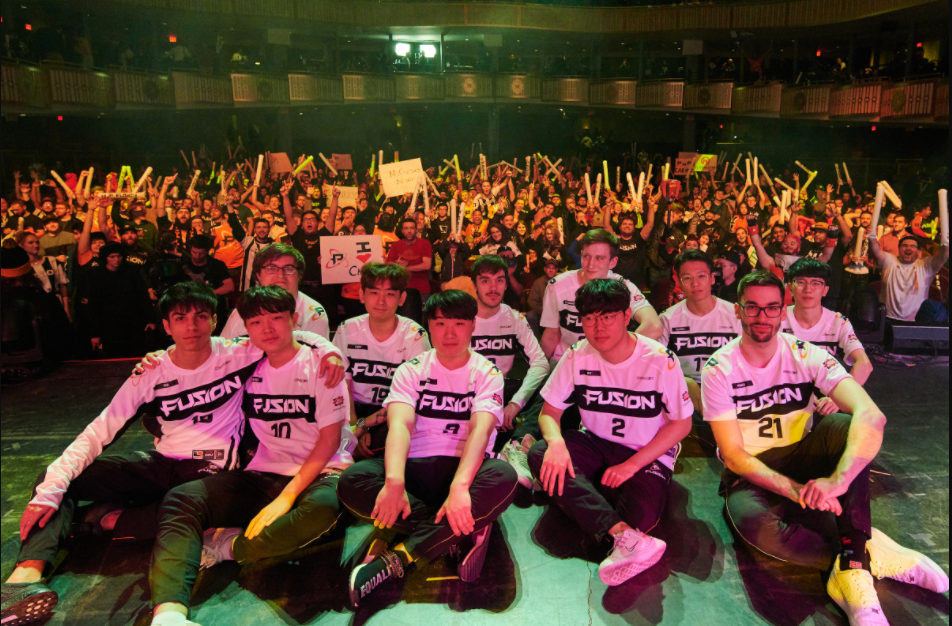 Beyond his prowess on a key hero, Heesu has also been a huge part of a transformation of Philly’s team culture this year. Alongside FunnyAstro and Alarm, Heesu has been an injection of youthful exuberance into a team laden with OWL veterans. “He’s just so enthusiastic. He’s got so much energy all the time,” FunnyAstro remarks. “It’s kind of infectious when this guy is really giving 100% constantly, and [it] motivates you to do the same.”

ChrisTFer adds, “One thing that I love about Heesu, just as a person, is that even when the pressure’s on he’s always happy and smiling.” Finding joy in those big moments is going to be key during these pressure-packed Grand Finals, as is Heesu’s Sombra. If he continues to deliver as he has, the Fusion have a real chance to come away victorious.

Few teams in the league’s short history have seen success like the Philadelphia Fusion. Despite a down year in 2019, they still have the second best regular season win percentage across all three seasons. Between Stage Playoffs, their 2018 runner-up finish, and this year’s monthly tournaments, they’ve been to the most finals of any team outside of the Shock.

And still, they’ve yet to taste triumph. Across multiple seasons, with different iterations of the roster, Philly has reached the precipice but been unable to take that final step over the edge. For his part, ChriTFer dismisses the idea that the Fusion are incapable of winning: “Whatever it is, there isn’t a problem that’s gonna stop us from winning forever. The only way for a curse to be real is if we let it into our heads that we can never win. We definitely don’t believe that.”

Whether that thought is somewhere in the minds of the Fusion, we’ll never know. What we do know is that they have a tremendous desire to win. When asked how it feels to return to the Grand Finals, Fusion vet Gael “Poko” Gouzerch was blunt: “That was the goal. Last year we were at the final in Philly. I was personally really sad to watch it and not play it.” 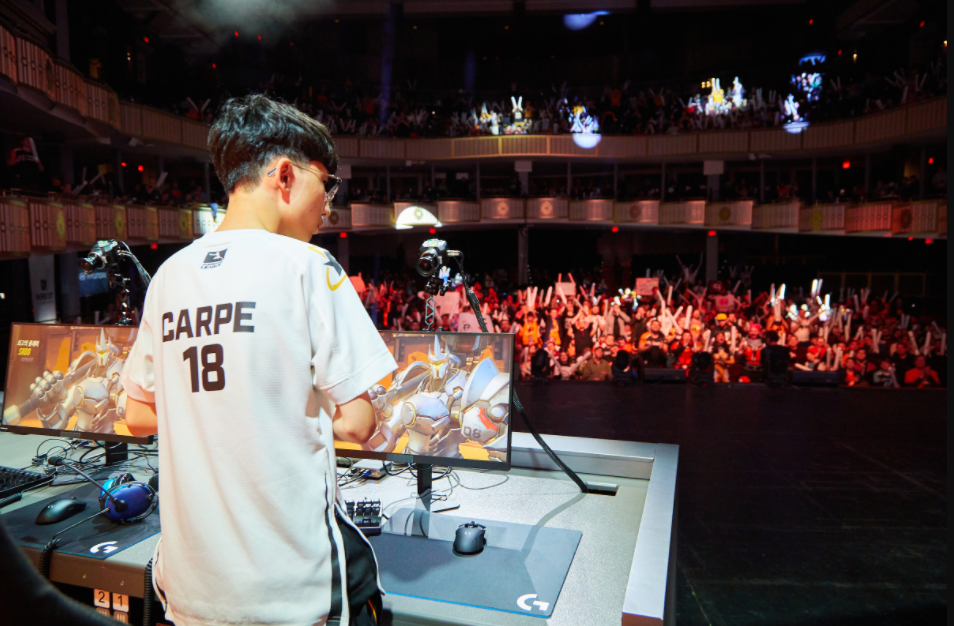 In many ways, the Fusion’s drive starts with their highest-profile player. Carpe has long been known as a fierce competitor, but he recently gave some insight into his mindset in an article for the Players Tribune. Carpe laid bare what motivates him to greatness. A desire to win, yes, but just as important is a visceral hatred of losing.

Carpe and the Fusion are tired of losing, tired of tripping up right as the finish line comes into view. More than any team at the Grand Finals, they know what it means to fall short. No matter how the next few days play out, the story of the Fusion will be set in stone. If they can’t get over the hump, they’ll be also-rans, maybe not chokers but forever second best. If they win, they’ll be Rocky Balboa, the fighter who never fails to get back up no matter how many times they’re knocked down. They’ll be legends.