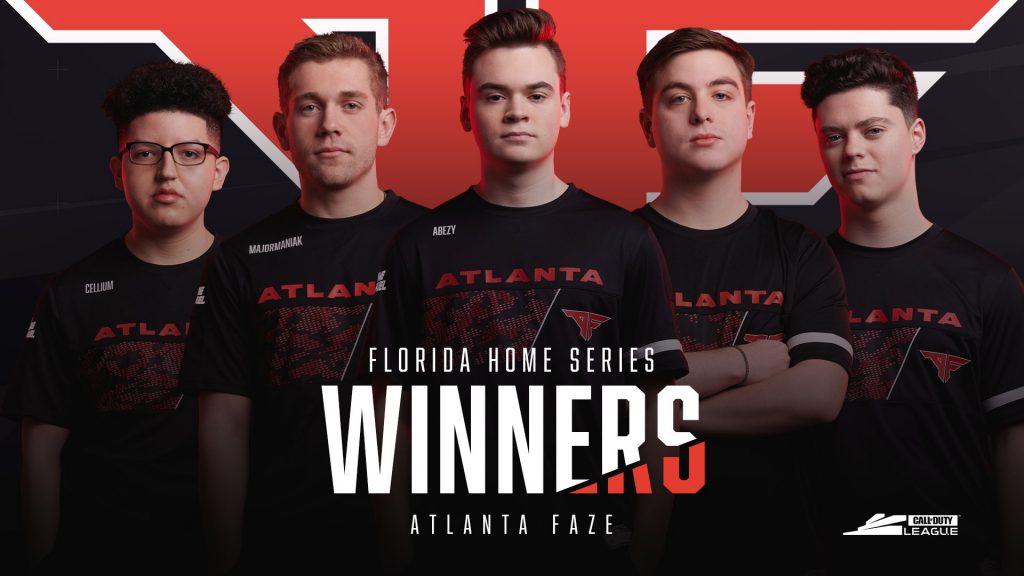 The Atlanta FaZe beat OpTic Gaming Los Angeles in the Call of Duty Florida Home Series event on Sunday which marks their second Home Series win of the inaugural Call of Duty League season. Atlanta was the favorite going into the weekend, but few expected OpTic Gaming to make a run for the title.

The redemption of OpTic Gaming

OpTic Gaming Los Angeles has had a very rough season so far. They were tied with three other teams for last place going into the Florida Home Series and seemed like a lost cause. The organization made a last-minute roster change on Tuesday and replaced Jkap with Chino on their starting roster in hopes of performing better in the next Home Series. The roster change seems to have worked as the team made it to the Grand Finals and performed well against strong teams.

OpTic started the weekend off with a 3-2 loss to the London Royal Ravens in group play, but the team was able to refocus and come back strong. They swept the Paris Legion in their next match on Saturday and redeemed themselves against London with a 3-0 victory and eliminated both European teams.

OpTic went on to beat the Toronto Ultra in the semi finals on Saturday and secured their place in the Grand Finals. They were unable to defeat Atlanta, but they proved they can compete against strong teams and are not a placeholder in the league.

The Subliners continue to improve

The New York Subliners recently pulled off a surprise upset against the Chicago Huntsmen and almost beat Atlanta during the Chicago Home Series. This was the first sign of life from the Subliners who have not been able to perform to their full potential so far this season. They continued to show improvement during the Florida Home Series and almost made it to the Grand Finals, but ultimately fell short against Atlanta.

New York had a rough first series against Toronto and suffered a 3-1 defeat. They fought their way out of the loser’s bracket, however, and started their path to redemption with a 3-0 sweep against the Florida Mutineers. They continued to dominate with another sweep against the Minnesota Rokkr and mimicked the success of OpTic Gaming in Group B.

New York faced off against Atlanta in the semi finals and were again defeated in a 3-2 series. Regardless of their elimination, New York still performed well throughout the weekend and showed a clear improvement from their earlier performance’s this season. The team is close to figuring out what they need to do to be a top tier team and will likely continue to perform well throughout the season.

Nothing but love in my mentions, can’t thank you guys enough for the support… always helps after a tough loss. I love you all and I see every single one of you. We’ll be back. #NYSL

The Toronto Ultra were another team who have performed inconsistently so far this season but had a strong performance during the Florida Home Series. They started the weekend of strong against New York who are not an easy team to beat, but their real accomplishment was their second win against the Minnesota Rokkr.

Minnesota was one of the stronger teams competing this weekend and seemed to be on the right track as they swept the Florida Mutineers in their first match of the weekend. They were seemingly unprepared for Toronto, however, and suffered a 3-1 defeat.

Minnesota managed to win Piccadilly Search and Destroy but could not handle Toronto’s strong respawn performance. The victory over Minnesota secured Toronto’s first semi-final appearance of the season and indicated an overall improvement a team.

Toronto lost against OpTic Gaming in the semi-finals unfortunately, but they still showed much more promise than they have all season.

The Atlanta FaZe were predicted to be the powerhouse of the Florida Home Series and did not disappoint. They had no trouble defeating both European teams and secured their semi-final spot with ease. New York did come close to beating them in an intense 3-2 series, but Atlanta regrouped and moved on to the Grand Finals.

OpTic Gaming’s Cinderella story came to an end in their matchup against FaZe, but they still gave Atlanta a run for their money. OpTic beat FaZe in Azhir Cave Hardpoint and came close to winning the last three matches. Arklov Peak Search and Destroy went to an intense 11th round, but Cellium clutched up and won the match for Atlanta.

OpTic Gaming kept the last two respawn matches within 30 points but still fell short against Atlanta. The victory pushed the Atlanta FaZe into the first-place spot in the Call of Duty League and several other teams also climbed the leaderboards. 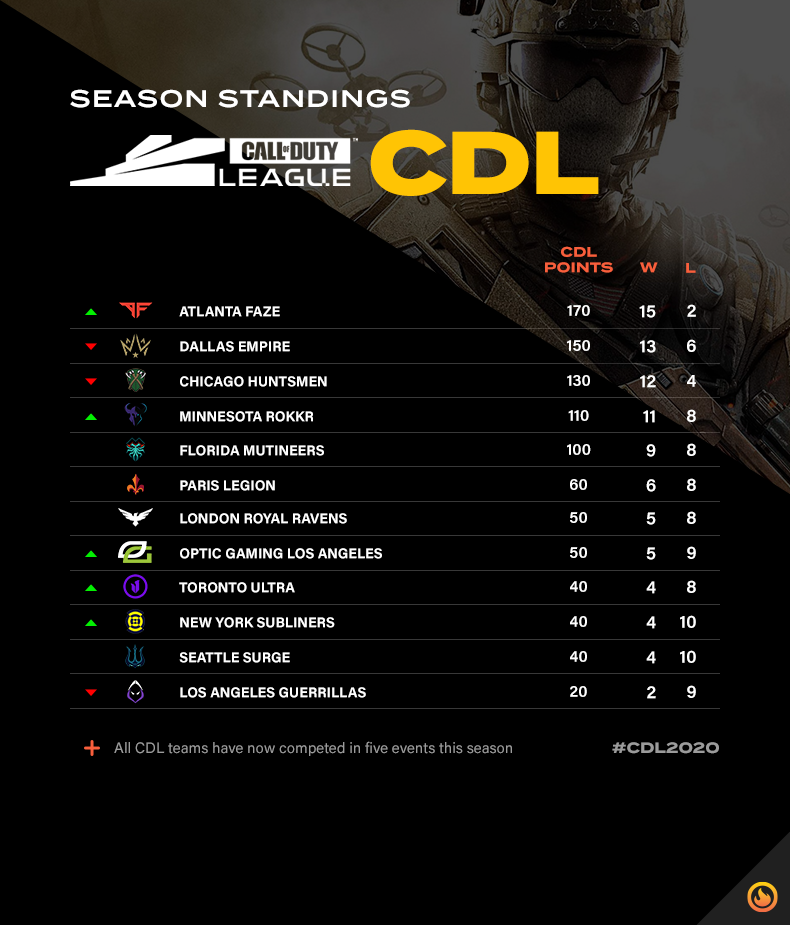 OpTic Gaming’s performance earned them 30 CDL points which boosted them to a seventh-place tie with the London Royal Ravens. Paris Legion is just ahead in sixth place with 60 CDL points, but if the lower teams continue to improve, they will likely fall behind.

The New York Subliners and Toronto Ultra may have performed well this weekend, but they are still tied for ninth place alongside the Seattle Surge. The Los Angeles Guerrillas now hold the last place spot with 20 CDL points.

The Seattle Surge Home Series is the next online event and takes place on May 22nd-24th. Atlanta will not be present at the next Home Series, but OpTic Gaming Los Angeles, Minnesota Rokkr, New York Subliners, London Royal Ravens, and Paris Legion will all compete during the weekend.