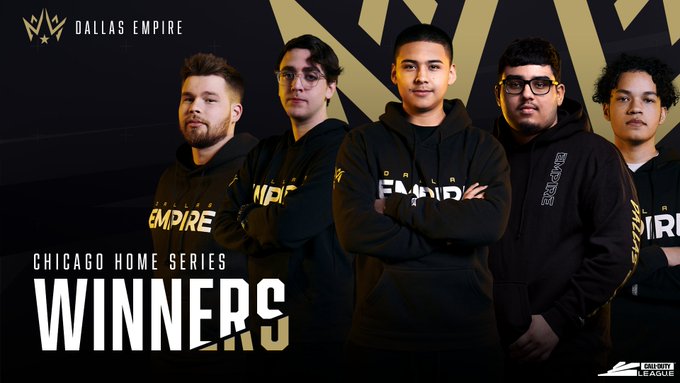 The Dallas Empire secured their second Home Series victory of the season and took Chicago's place as the number one team in the league. (Photo courtesy CDL)

Dallas had an easy first match against OpTic Gaming Los Angeles who are currently in ninth place and have not been able to perform consistently this season. Dallas won the series with a quick 3-1 victory and continued to perform well on Saturday against the Seattle Surge. Dallas achieved another 3-1 victory which secured their spot in the semi finals on Sunday.

Chicago managed to recover from their surprising loss to the New York Subliners on Friday and redeemed themselves with a 3-1 victory against the London Royal Ravens. New York almost achieved another upset against Atlanta but ultimately suffered a 3-2 loss. Chicago was not willing to lose to New York twice in a weekend and got their revenge with a 3-1 victory which pushed them to the semi finals where they would face Dallas.

Atlanta also had a solid start with an easy 3-0 sweep against London. They had a tough time defeating New York but ultimately advanced to the semifinals. The Los Angeles Guerrillas were still unable to perform and were immediately sent to the loser’s bracket by Seattle. They managed to beat their hometown rivals OpTic Gaming but were eliminated from the weekend after another poor performance against Seattle.

Seattle performed well against both Los Angeles teams but could unfortunately not keep up with Dallas or Atlanta. They managed to secure a map against both teams but suffered a 3-1 loss each time and were eliminated in the semifinals.

Dallas continued to dominate in the semi finals and pulled off a 3-0 sweep against Chicago and eliminated them from the Home Series. Dallas is considered one of the best teams in the league, but the full sweep against Chicago was still surprising. The first two maps in the series were one sided and easy wins for Dallas, but Chicago did finally come to life in Domination on Hackney Yard. They lost the map 165-158, however, which is the third time this season they have made it to the semi finals but fell short.

Atlanta and Dallas faced off in one of the most evenly set matches of the weekend. Atlanta lost the first map but managed to keep the score within 30 points and came back strong in St. Petrograd Search and Destroy. They beat Dallas in an exciting 5-6 match which brought the series to 1-1. Atlanta could not maintain their momentum, however, and lost the next two maps. Neither of the matches were blowouts, but Chicago secured key rotations and pressure that allowed them to secure their second Home Series victory of the season.

The Dallas Empire has faced its fair share of criticism and controversy regarding the online format. A lot of fans have called Dallas an “online” team, insinuating that they cannot perform as well at a LAN and that the online format has helped them win. Most of the players have taken this in stride, however, and the organization even joked about making merch with a Dallas Empire themed router on the design.

Clayster also joked about how it does not matter if fans do not consider this a legitimate win, him and his teammates are being paid regardless.

Furious I lost a 1v1 R11, played it like a bonafide BURGER.

The opinion of fans about the online format and if it is the same as LAN victory do not matter. The current state of the world and the impact of the COVID-19 pandemic have made this the best solution for professional competition and does not seem to be severely impacting the competitive integrity of the matches.

Several organizations have gone through roster changes and added staff which has allowed them to perform better and learn from their mistakes. The improvement of teams is expected if they are making the correct changes that allow them to do better than their earlier performances. 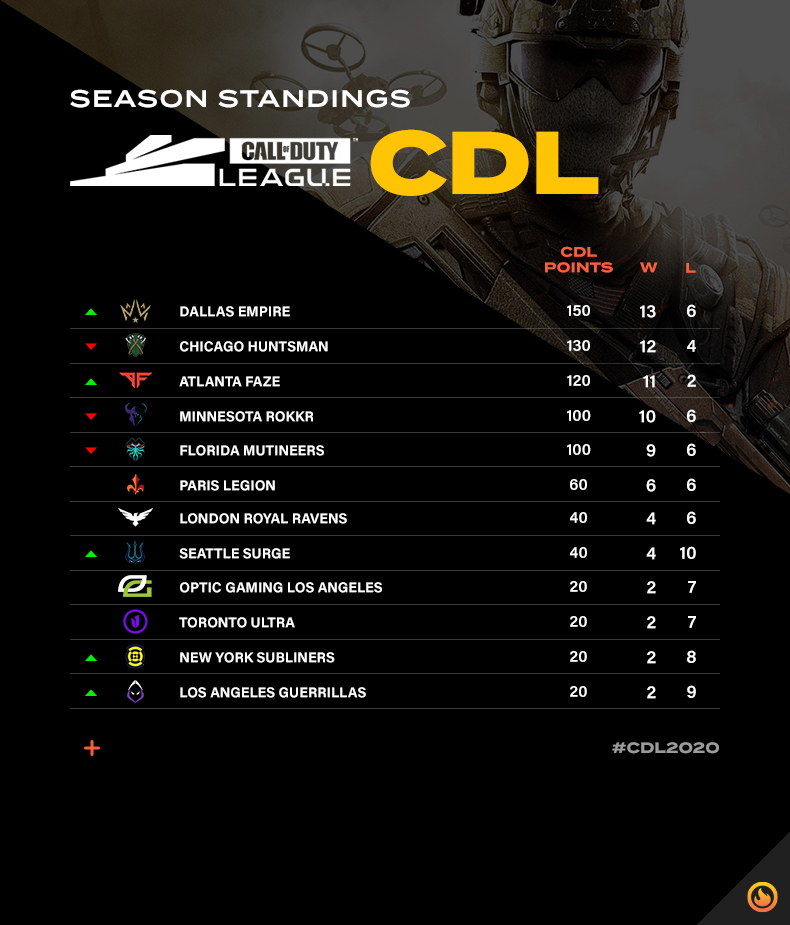 The next Call of Duty League Home Series will take place on May 8th-10th and will be hosted by the Florida Mutineers. Neither Chicago nor Dallas will be participating in this event, but teams will still have to go against Atlanta who is still one of the best teams in the league. New York has already shown that they can compete with the best teams in the league, so it will be exciting to see if they can continue improving and climbing their way from the bottom.