Favorites Come Out on Top of Groups at OGA Dota Pit 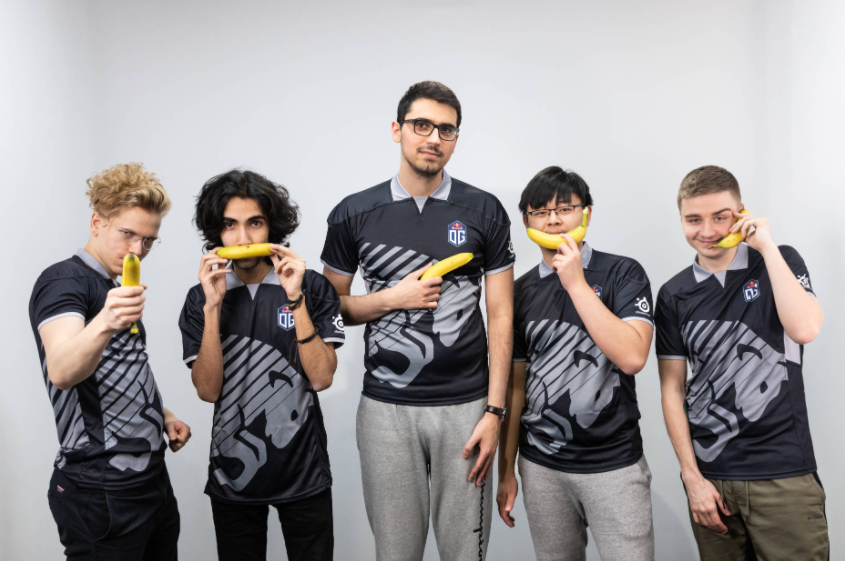 OG is playing with its full lineup (minus Topson). It's perhaps no surprise that they topped their group. (Photo courtesy OG)

The group stage of the OGA Dota PIT 2020 Online: Europe/CIS has been running all week, and after 20 grueling matchups, we now know who’s headed to the playoffs. With the Chinese Dota Pit tournament wrapping up the previous weekend, it was up to 10 top teams from Europe and CIS regions to provide the action in this event, and so far, they’ve definitely delivered.

However, this tournament has still been missing some big names from the two regions. Notably, Natus Vincere withdrew from the event after initially signing up to participate, being replaced by FlyToMoon. Meanwhile, in Europe, Nigma seemingly opted out of this event, perhaps to give themselves more prep time for ESL One Birmingham – a smart move given their disappointing performance at the WePlay! Pushka League.

Turn Around of Fortune

Comparatively, Nigma’s eternal rivals OG haven’t let a bad performance at WePlay!’s event sour their mood or dim their resolve. They’ve skyrocketed in quality in just a few short weeks, becoming far more akin to the team we expect them to be. At the end of the group stage, they’ve risen to the top of the table, with a perfect 4-0 score. Much of this could be directly attributed to their far more stable roster in this event.

The team has bit the bullet and embarrassed the lag of online play. While still missing Topias Miikka “Topson” Taavitsainen from their ideal starting lineup, the team is now back to using Syed Sumail “SumaiL” Hassan. They’ve also returned Yeik “MidOne” Nai Zheng to his name-sake lane, and left Sébastien “Ceb” Debs in the offlane. Despite MidOne playing on 180+ ping, conditions that would send most pub game players into meltdown, the team is executing near perfectly in their games.

No better was this displayed in the team’s demolition of Vikin.gg. In two decisive games, the team looked stronger than they have in months. In game one, MidOne, despite ping issues, broke out the Invoker. Wielding one of the more mechanically intensive heroes in the game, he was unstoppable. What’s more, it was one of those fantastic games where the Macedonian giant himself, Martin “Saksa” Sazdov, got to shine as well, landing incredible fissures to clip the wings of Vikin.gg’s Phoenix and Queen of Pain.

The second game went no better for Viking.gg, as OG managed to improve on their performance. A bullying performance from MidOne on Magnus and SumaiL on Juggernaut brought the Vikings to their knees after a short series.

But OG has not just allowed their bullying to be contained to small potatoes such as Vikin.gg. The team decisively defeated Alliance, and even handled the HellRaisers – a team that had shown tremendous promise in the WePlay! Pushka League. In fact, HellRaisers became the first team eliminated from this tournament after a dismal 0-4 showing, a massively disappointing conclusion after that team’s incredible performance in their past tournament.

Across the bracket in Group B and Team Secret are back to their usual dominating ways. The team has basically been flawless in both this and their previous tournament. In fact, if not for a loss in the recent Gamers Without Borders event, they’d be looking at breaking the record for the most competitive games matches without a loss.

If Team Secret didn't lose that single game to Alliance in Gamers Without Borders, they would have just reached a 29 game winstreak, the longest of any pro team.

Clement “Puppey” Ivanov’s squad hasn’t missed a beat. Their takedown of Virtus.pro in their opening game of the tournament showed precisely why this squad is so dangerous – They rarely make mistakes. Michał “Nisha” Jankowski’s Storm Spirit dominated the first game from start to finish. By roaming and securing his team’s other lanes, at the expense of his own tier one tower, he effectively won the game before it had even really started.

On the other hand, the big names of Team Liquid and the aforementioned Virtus.pro have looked decidedly lackluster in this event. They’re barely hanging on in games they win, and VP even managed to drop games to Team Spirit, the squad sitting at the bottom of the table. The CIS squads battled for a final chance at a playoff spot in the final match of the group stage, with Spirit knowing they’d force VP into a tiebreaker if they could just manage a win. But despite taking an early lead with the first game, and staying competitive in the second, Spirit just couldn’t grab a win, and departed the event before playoffs.

OG will avoid their biggest challenge of the tournament, Team Secret, in the opening round of the Dota Pit playoffs. Instead, they’re headed on a collision course with Ninjas In Pyjamas, who, while displaying a great deal of tenacity so far in this event, are far from the level of Team Secret.

Alliance will be the foe for Puppey and company, coming off a hot-and-cold performance in groups. The hybrid lineup of old and new Alliance has had mixed success – nothing out of the ordinary for this storied org. However, every so often, they show flashes of brilliance. When Gustav “s4” Magnusson’s veteran wiles and Nikolay “Nikobaby” Nikolov synergize, there’s probably not a team in the Dota Pro Circuit who could stop this stack.

You can catch all the playoff action live from 11am local CET time on the OGA Dota PIT official Twitch channel. For more information about the event, keep your eyes locked on the tournament organizer’s website.