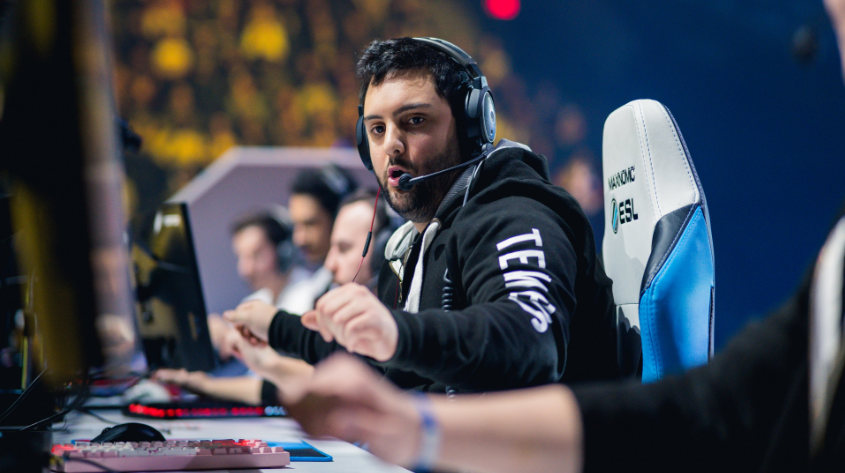 Europe and LATAM are still alive at the Six Invitational. (Photo courtesy João Ferreira for Ubisoft)

The Rainbow Six Siege Six Invitational has finally opened its doors to the public. The live crowed will now witness the remaining six teams compete on stage, marking the ever-due trophy lift. The first day contained the lower bracket matches between Fnatic vs BDS Esports and Ninjas in Pyjamas vs DarkZero. In addition, there was a community cup showdown between NA and EU content creators.

BDS Esports continued their Six Invitational domination from the day before in the opening series against Fnatic. BDS Esports won Kafe Dostoyevsky 7-0; one of two perfect games of the entire tournament. Speaking of doubling up on statistics, Stéphane “Shaiiko“ Lebleu got an ace – his second of the tournament. He achieved this directly below the skylight. It is not exactly the spot you expect to create an ace, nonetheless, he managed it in great fashion.

Moving on, BDS continued their momentum on Consulate. They took another four rounds in a row. Eventually, Fnatic gained momentum after their 11th round loss. From there, Fnatic found themselves rejuvenated, gaining back-to-back round wins. Coastline ended extremely close, with BDS gaining the 2-0 victory on a 7-5 map win.

Fnatic did well to abuse BDS Esports’ very small mistakes on Consulate. Although, if BDS didn’t do small mistakes, they could have won that map 7-0 as well. But what does this mean? Well, BDS look like they have really ramped up since dropping to the lower bracket. If it keeps up, they can ride that momentum to the final.

This is the beginning of a comeback! @MentalistC_ #SixInvitational pic.twitter.com/ryB3xSD4tX

Seriously, how does Fnatic get away with this defuse?

Lights out for DarkZero

NiP maintain their power level as they took down DarkZero Esports on Border. NiP once again picked Border for their map choice, and it paid off yet again. DarkZero got a few early rounds in, but NiP gained control and never let go after that. Both Murilo “Muzi” Moscatelli and Gabriel “Pino” Fernandes had a great showing, and their kill feeds certainly reflected that expression.

Brazil's final hope is one round away from victory! #SixInvitational pic.twitter.com/4LDi9i0Iqw

NiP continued their strength in Coastline. DarkZero genuinely looked lost for most of their opening defense half. NiP got away with murder, winning most of the opening duels of the map. In addition, NiP’s captain, Gustavo “Psycho” Rigal joined his teammates and stepped up on the leader board.

When you are one shot away from an ace but your teammate steals your last kill.@PsychoR6 #SixInvitational pic.twitter.com/0i1ugiwY4a

This translated into NiP snowballing the rounds in their favor. DarkZero did get two rounds though, showing they were awake. They even did with the backs against the wall. The final round had hope for DZ, but NiP got it in the end.

Both LATAM and EU continue to survive at the Six Invitational. They will now both play each other on February 15th. Meanwhile, TSM and SSG will compete to determine the first team to head to the grand finals. The event begins at 12:00 pm EST