Champions Dethroned and LATAM’s Last Hope at the Six Invitational 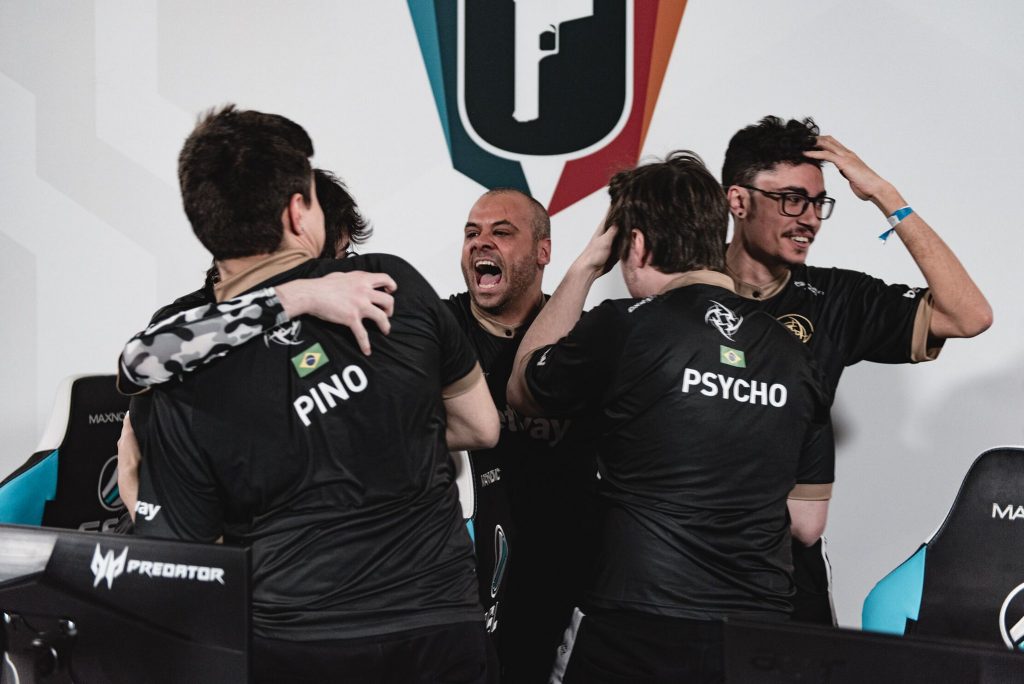 NiP are the remaining LATAM team as they take down G2 Esports. (Photo courtesy Ubisoft)

The second day of the Six Invitational 2020 Playoffs was a rather quick day in comparison to previous days. Every series ended 2-0, with many teams either facing close matches or one-sided stomps. In addition, the momentum that was building for some teams has been cut short, whilst it only grows for others. Let’s look at how the Playoffs progressed and who will be on the live stage in front of fans on Friday.

Finally, the clear and convincing TSM that was envisioned heading into the Six Invitational has manifested. Their series vs Fnatic was a blowout. TSM beat Fnatic on Consulate, continuing their undefeated spree on it. Only this time Consulate wasn’t close and TSM didn’t have to deal with ninja plants. The teamwork and gun skill on this map was much better, which gave TSM a 7-2 win.

Fnatic put more of a fight on Kafe, but it wasn’t enough to stop TSM from abusing the top floor. They kept a stranglehold on Fnatic’s attack, winning a 5-1 defensive half. Fnatic regained some composure on strong defensive sites. But TSM caught them in the end.

Can you guess who @TSM_Achieved prefers to face in the winners bracket finals? @INTERRO #SixInvitational pic.twitter.com/zR9zA9HAIG

Spacestation Gaming Are in a New World

Spacestation Gaming continues their undefeated best-of-three series spree by taking down DarkZero Esports. Spacestation Gaming was genuinely clean throughout the series. Their defenders had better control over the maps, were able to get into position for refrags, and claim roam kills. This was across the board for all Spacestation members. SSG are showing just how ready they are to lift the trophy. On the other hand, DarkZero genuinely didn’t seem like they had much of a fight in them. if Kyle “Mint” Lander or Matthew “Hotancold” Stevens didn’t have key clutch rounds, then it was SSG’s for sure. Furthermore, their star fragger in Paul “Hyper” Kontopanagiotis fell short of going even in kills to deaths in the series. After their momentum the day before, it seems strange they fell off here.

Despite doom and gloom, the results of the maps were not as far apart as you would think. Spacestation Gaming only won Villa 7-5 and Kafe 7-4. The tournament meta seems to be based on who works together and frags together. DarkZero’s strategies seem like they are still good enough to contest. Maybe they just had an off day? This is fine since they were in the upper bracket, but it needs to pick up come Friday.

G2 Esports are officially out of the Six Invitational. In a mix of stomping rounds to incredible clutches, NiP made sure they would advance to the next stage. NiP opened their map pick of Border with impeccable gameplay. A 7-2 victory on a map that G2 is familiar with shows how prepared the Ninjas were.

Moving on to Coastline – G2’s – map pick, it was an intense fight. G2 held the stage for most of the game, although, NiP made sure their clutches and mid-map anti-strating made them take the lead. Honestly, in hindsight, NiP won the map of this play alone. If this went in G2’s favor, then there would be no overtime to force. Likely, G2 would have won 7-5. But, it went to overtime, were NiP’s double attack was victorious.

With G2 Esports eliminated, there will be a new champion crowned this year. Who will it be?  Furthermore, NiP are the final LATAM team in the tournament.

BDS and MiBR were the final teams to play on the night. Once again, another 2-0 stomp forced the night to an early close. BDS Esports controlled Bank 7-2 and Clubhouse 7-4. At first, MiBR pulled a fantastic pocket strat out on Bank in round one. Here, we thought MiBR was ready for whatever BDS threw at them. However, that was the only competent strategy that worked.

BDS did whatever they wanted to on Bank. MiBR seemed lost throughout the series. Adrien “RaFaLe” Rutik really showed how much BDS Esports got away with.

The thing is – MiBR didn’t learn their lesson. RaFaLe made another 1vx with the TCSG12 on Clubhouse. How he got away with that twice is anyone’s guess. We mentioned earlier that BDS’ support network needs to step up. Well, we got that here. Hopefully they can repeat this fragging prowess moving on in the Six Invitational. They are EU’s last hope in the tournament, and fragging power is what is carrying the upper bracket.

The Six Invitational recommences February 14th with the two lower bracket rounds. Fnatic will face off against BDS Esports, with DarkZero facing Ninjas in Pyjamas.