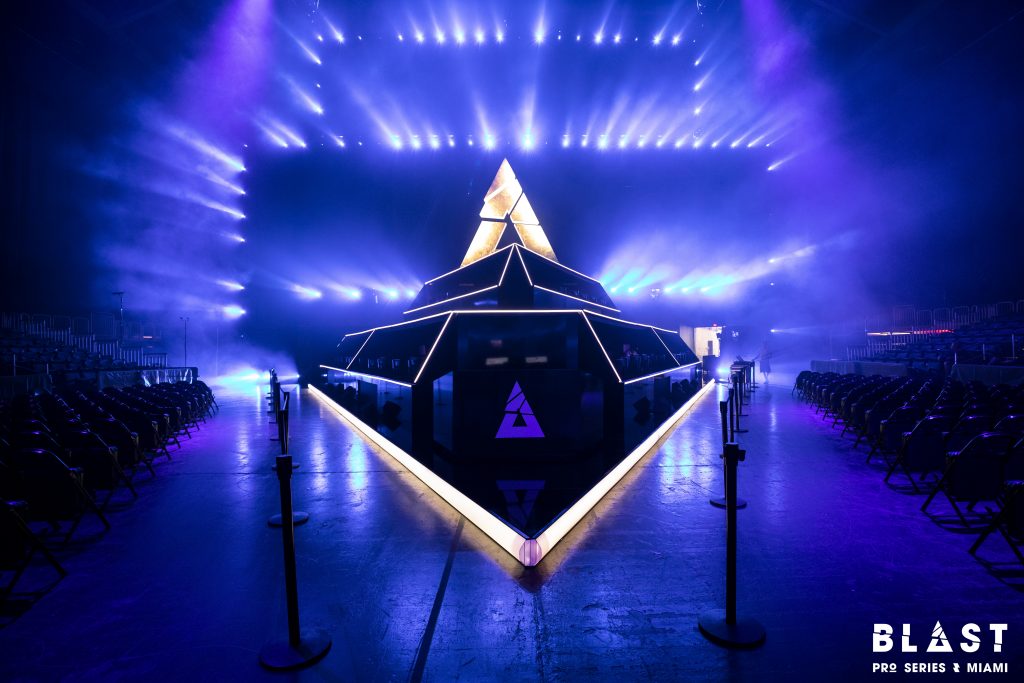 BLAST Pro Series announced their tournament series will be a circuit, culminating in a Global Finals in December. (Photo courtesy of BLAST Pro Series)

The Counter-Strike: Global Offensive tournament organizer BLAST Pro Series recently announced their plans to launch a global series in continuation of the 2019 season. BLAST is currently hosting the BLAST Pro Series: Miami 2019, which is the second of the planned seven tournaments. After this event concludes on April 13, there are five more BLAST Pro events. The series will finish with a Global Final in December.

The seven professional teams that will be competing are:

According to the rules, each team will play in at least five of the tournaments, allowing for wild cards and qualifier teams to compete.

The rules also state how teams will win points after each event:

The top four teams at the end of the seven tournament stops will then go on to play in the Global Finals in December.

One BLAST event has already been played in 2019: BLAST Pro Series: São Paulo from March 22-23. Astralis won the tournament, with Team Liquid coming in second. Each team was retroactively allocated points for their placing at that tournament.

BLAST Pro Series are currently hosting their BLAST Miami 2019 event, which is the second in the schedule.

The next events are:

After each event has concluded, the points will be tallied going into the Global Finals. The teams that finished in the top four will compete in two best of three semi-finals, with first place playing fourth place, and second playing third. The winners of these two matches will go on to play in the Global Final.

The bottom three and the losers of the semi-finals will be eliminated.

You can tune in now to the current BLAST Pro Series event in Miami live on Twitch.