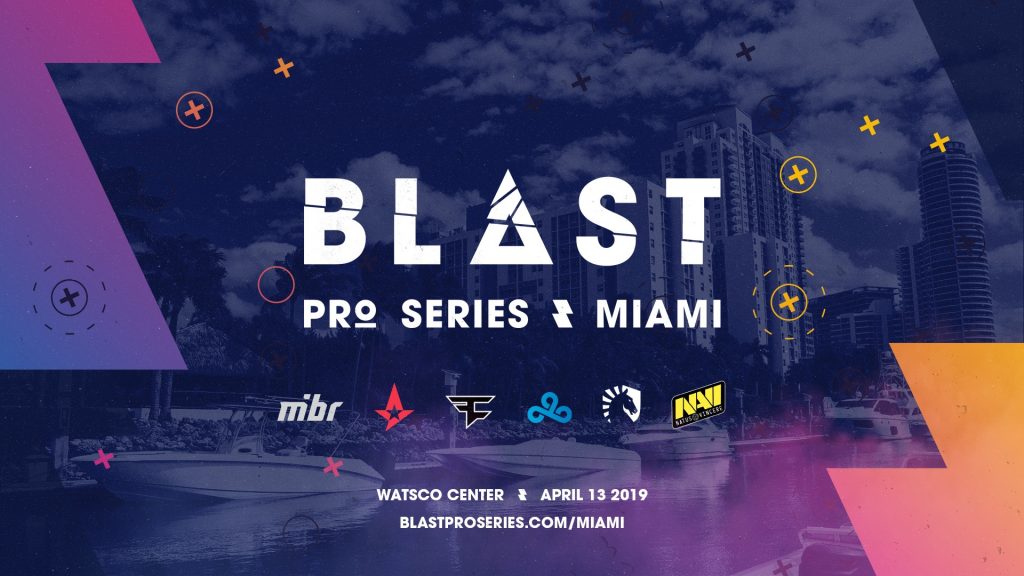 RFRSH Entertainment’s BLAST Pro Series tournament circuit will continue this weekend in the sunny city of Miami, Florida. The tournament, underlined by a $250,000 USD prize pool, will feature six of Counter-Strike’s best teams set to skirmish through a single round-robin format over two days.

What better place to start BLAST Miami than with the heavy favorites, Astralis?

The Danes are by far the most dangerous team at this event. They’re coming off a historic 2018 season and, most recently, a near faultless performance at BLAST Pro Series São Paulo. Astralis is, as they usually are, the team to beat at this tournament.

Astralis’ supremacy has been documented and dissected in just about every way possible at this point. They have a clear and decisive dominance in an era of Counter-Strike where an abundance of resources furnishes peak performances across the board; the Danes still maintain a healthy lead ahead of their competition.

The Danish quintet is one of the only teams in the game’s history to remain on top for this long while still pushing the boundaries. In other words, this team just gets better and better as time goes on. Though surely Astralis will be dethroned at some point in the competitive vista, there’s little reason to believe their depreciation starts in Miami.

Team Liquid played bridesmaid to Astralis for the better part of last season, cementing themselves as the second-best team in the world—a notion that would understandably cause some frustration.

The start of 2019 saw the induction of Jake “Stewie2K” Yip into the roster in place of Epitácio “TACO” de Melo—a transfer that seemed to connect the dots for both Liquid and MIBR. The North American organization kickstarted the season with a Grand Final win against Astralis at iBUYPOWER Masters IV in a best-of-three. While the feat was surely a huge milestone for Liquid, it wasn’t the beginning of an Astralis overthrow; BLAST Pro Series: São Paulo illustrated the same outcome we watched between the two all of last year as the Danes ousted the NA squad yet again.

People give Liquid a lot of credit when it comes to challenging Astralis—we’re guilty of it, too—but even without the rose-colored glasses, this team is about as close as any other in the upper percentile of CS to actually surpassing Astralis.

On the bright side, the current Liquid cast is probably the best iteration of the team’s lineup in terms of firepower and chemistry; they’ll be a contender in Miami without a doubt and if they can work their magic from start to finish, they might just walk away with the hardware.

Natus Vincere is one of competitive Counter-Strike’s biggest anomalies at the moment. You have a roster packed with world-class talent including the best player in the world, Oleksandr “s1mple” Kostylievyet, consistently failing to place above top four in key tournaments. Occasionally, they bow out even sooner.

When Na’Vi shines, however, they shine bright. ESL Cologne 2018 was an excellent insight into the team’s depth while their StarSeries & i-League Season 7 title finish this past weekend brought them back into the limelight.

Take a tour through our run at the #StarSeriesS7!

Na’Vi’s greatest downfall is their inconsistency—showcasing either utter mastery of the game or complete disfiguration in which they fall apart at the seams. It’d be easy to handicap them as runner-up to Astralis in Miami, but there’s just no telling which variation of the team is going to show up this weekend.

There’s no denying FaZe has slipped up over the last year—from an absolute juggernaut in 2017 to barely brushing against the top five this season.

In the larger scheme of things, FaZe is one of the deadliest brands out there—however, barring that the DNA of this team is built to win Majors with superstars such as Olof “olofmeister” Kajbjer and Nikola “NiKo” Kovač, we’re left scratching our heads. Just last week in Shanghai, the team flopped out of StarSeries Season 7 at 9-11th in yet another disappointing finish.

The team certainly has something to prove at this tournament, and we know that talent is inherent in this roster, especially after their ELEAGUE Invitational win in January. If FaZe falls short again here in Miami though, some red flags should be raised within the organization.

It was somewhat unfortunate timing for René “Cajunb” Borg after he landed on Cloud9 just last week; a slew of roster changes in the last six months has severely agitated the fan base in which every new player is welcomed with a grain of salt.

Please join us in giving a warm welcome to the newest addition to the #C9CSGO squad, René "@cajunbCS" Borg!

The newest lineup has a long way to go before they’ll be logically forecasted to do damage at an event alongside big names like the ones attending BLAST Miami. With this being the first tournament the newest configuration play together, they’ll obviously want to perform well. However, expectations shouldn’t be too high. There should be less pressure on Cloud9 to perform, which will hopefully usher in some creativity and good CS from them.

Miami is the time for Cloud9 to start feeling things out—and although most fans would’ve probably rather seen a loaner join the roster considering how quickly the organization’s turnover has been, we’ll have to just roll with it for now.

There was a ton of hype behind MIBR following the aforementioned trade of TACO and coach Wilton “zews” Prado that brought together the legendary, two-time Major winning formation that played under the SK Gaming banner.

While the union was arguably one of the most exciting happenings to come from the player break, the actual results have been far from anything to write home about. Oddly enough, the IEM Katowice Major was not a bad showing by any means from the Brazillian troop, managing a 3-4th place finish at the high stakes tournament.

It’d be tough on the heart to say MIBR needs to make some changes to get back to winning ways considering how the unit was once the Astralis of their time; but regardless, if things don’t start picking up for the team there’s likely going to be some pressure from the organization.

BLAST Pro Series: Miami kicks off on April 12 around 5 p.m. EDT. BLAST Pro Series boasts an incredibly high production value that is sure to capture the interest of any viewer streaming the action from home.