BLAST Premier’s Spring Season Kicks Off With Group A 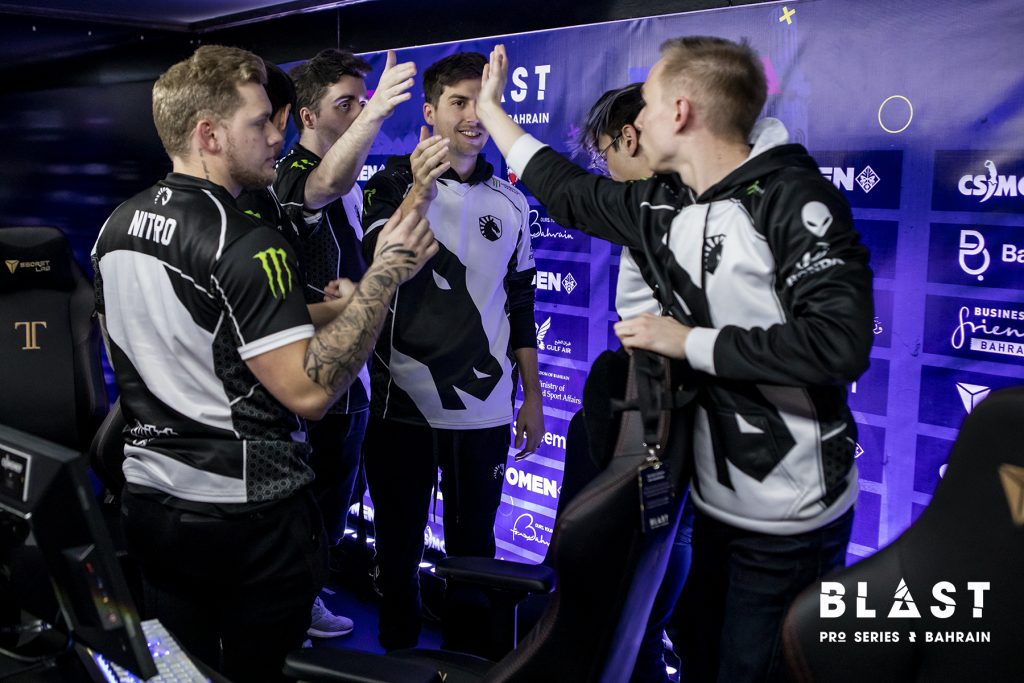 Team Liquid is looking to make their first statement in 2020. (Photo courtesy BLAST)

The Blast Premier Series is about to begin. 12 teams will descend on the 3 Mills Studio in London, England for the Regular Spring Season – January 31st to February 16th. Group A will kick off the regular season with a strong group. $300,000 USD is on the line, with a $100,000 share for each group. Teams attending will aim for the attractive Spring 2020 Finals, the first major LAN event of the Blast Global Series.

Like all Regular Season brackets, three groups will use a double–elimination format to determine who advances from the group. The two advancing teams will then play in the Blast Premier Spring Finals in June.

The Blast Premier Series is the first big event for all teams in Group A. Therefore, this tournament will mean a lot for every team looking to kick start their year.

Group 1 kicks off Friday, and we can't wait to get started 😎

Which matchup are you most looking forward to this week? pic.twitter.com/XLReEnu1YO

FaZe Clan is a team that made a resurgence in late 2019. Their ending to 2019 put a bit more faith in the roster, as the joining Marcelo “coldzera” David took a while to establish himself in the team. However, their victory at Blast Pro Series Copenhagen in November got them their first LAN win as a new roster. While that momentum was great, that was their only real victory. At the ESL Pro League Season 10 Finals (the last big event of 2019 with many top teams attending) they finished in the 9th-12th position. FaZe Clan need to show up at this event if they want to send a message that their resurgence wasn’t a one–hit–wonder.

NiP enters 2020 with a brand-new start. They announced not long ago that Patrik “f0rest” Lindberg, the final member of their original golden era line-up had officially left. With NiP entering their first event with a different aura around their team, this is a chance for NiP to write a new chapter in their book. However, it’s not clear just how successful they will be. We can only watch as the first page is written over the weekend.

Team Liquid had their best year in CS:GO in 2019. Although, the roster did fall off a bit when they were the team in the spotlight at the StarLadder Major in August. Since then, Team Liquid hid in the shadows for most of the late 2019 calendar. Though, when they did turn up, the team had visible issues. For Team Liquid, their first appearance since the long break is a fresh start. Whilst the last break in the calendar was partially to blame for their stark drop in performance this break can be different. Team Liquid have a real chance to resurface in this group stage.

Like with FaZe Clan, MiBR are a team that are shifting talent in their roster around. MiBR too are in the boat to really get a good push in this group stage and gain valuable LAN experience together. This team historically has been known for success. With Gabriel “FalleN” Toledo’s new vision in place, this tournament is a sign of things to come for MiBR.

FaZe and NiP will kick off the season January 31st at 7:30 a.m. PST followed by Team Liquid and MiBR.