Dogman: “I think online games might be more competitive” 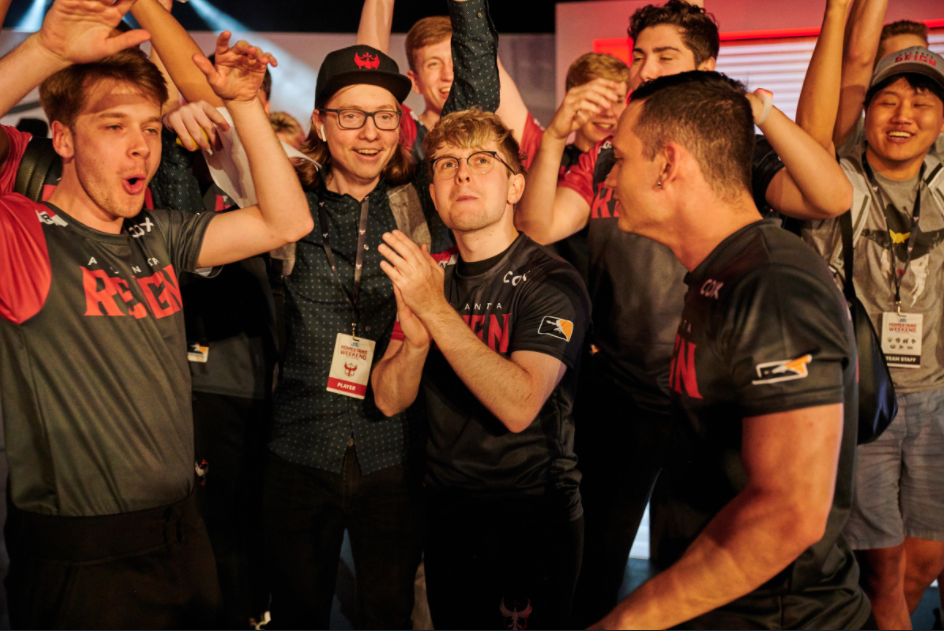 For much of 2019, the Atlanta Reign flew under the radar. After a hot start landed them in the Stage 1 playoffs, the Reign were poised to be one of the best expansion teams in the league. Then they lost dafran, their star DPS and face of the team, to retirement and a streaming career. Babybay was an adequate replacement, but he wasn’t the same sort of lightning rod and struggled to find his footing in the 3-3 meta.

“We really hit rock-bottom in Stage 2 and 3,” said Reign support Dogman to Hotspawn. “We had a lot of internal strife that we had to go over.” Over five straight losses to open Stage 3, the Reign were constantly on the verge of victory but couldn’t quite seal the deal.

Then came the Atlanta Homestand. It was a chance for the Reign to connect to their city and put to use the showmanship that makes them compelling heroes or villains, depending on who you ask. “I told myself, and I told the team if we win these two games at the Homestand then we’re gonna go undefeated next stage,” said Dogman. “It just felt like that was gonna happen, like that was the turning point.” 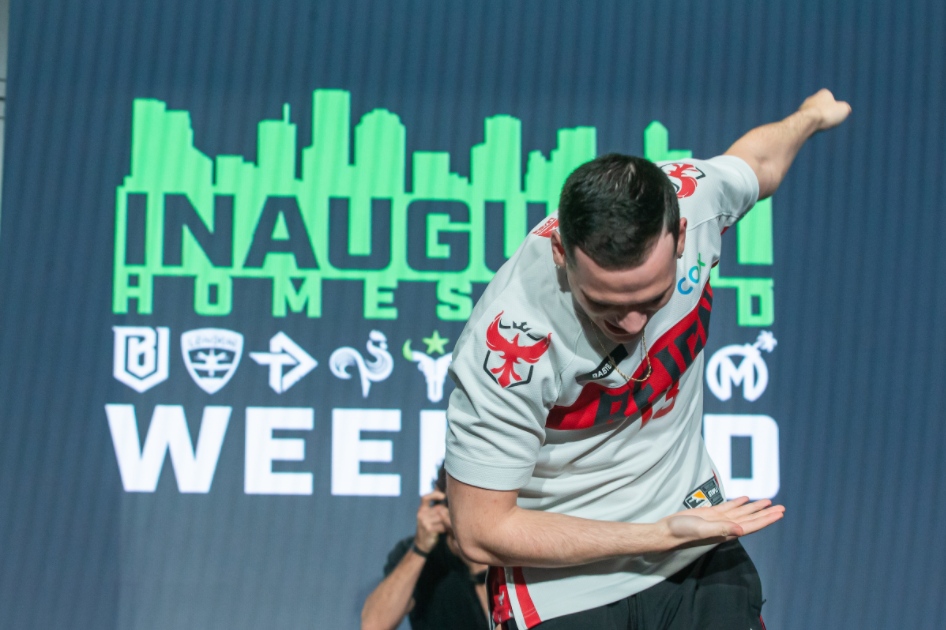 The Reign ended up winning both Homestand matches and go on to prove Dogman right. Their 7-0 Season 2 Stage 4 propelled them into the playoffs where they continued their underdog run, culminating in a dramatic upset of the eventual champions – The San Francisco Shock – in the first round of the double-elimination bracket.

That late-season surge, combined with an influx of talent during the offseason has turned Atlanta from mere upstarts to something of a contender in 2020. Even as expectations grow, Dogman wants to stay focused on what he can control. “Maybe last year narrative would have affected us,” he stated. “This year, I don’t even think about what other people say.”

The Reign’s 2020 campaign was barely underway when the global pandemic upended everything. Instead of jetting around the world to play in dozens of Homestand events, now the Reign have quarantine and online matches. “We are a very emotional team so I think the Homestands favor us a ton, but at the end of the day when it’s time to perform I don’t think that’s gonna affect us,” said fellow Reign support Kodak. 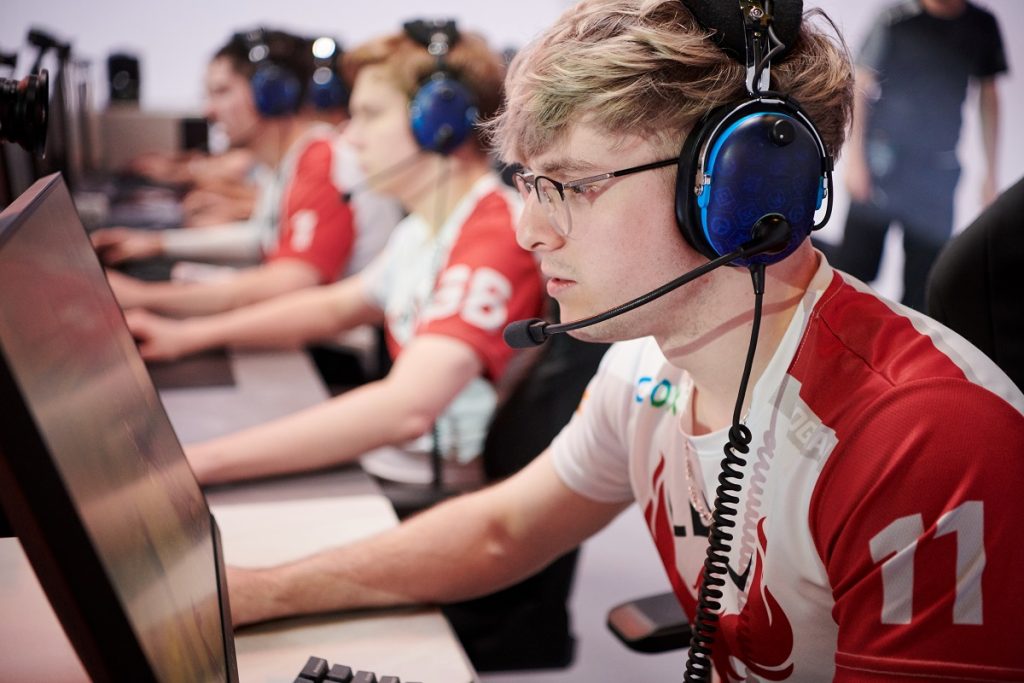 Dogman laid out what that move to online play means: “In some ways, online play is better for the players since we don’t have to deal with travel. More than anything, we just get in more practice.” In fact, he posits that extra practice might make for a more even playing field. “I think online games might be more competitive from a preparation standpoint.”

It makes sense, especially given the nature of the league’s Hero Pools system, in which four heroes are removed from play each week. That means a constantly changing meta and, in turn, a lower level of strategic and performance refinement.

“Before, like in GOATs, it was about trying to maximize the value you could get out of every minor thing,” explained Kodak. “Right now the team who adapts the fastest is gonna be the strongest.” At least in an online world, quality practice isn’t the same scarce commodity.

Even without the added strain of travel, Hero Pools are dramatically altering the skill set required of an Overwatch League player. Gone are the days of a single meta lasting months, when a player could endlessly grind one or two heroes and learn every facet of the role they fill. Now, versatility is king.

Dogman explained how that relates to his position: “In my head, there’s two types of [flex support] players. There’s Zenyatta players and then there’s Ana players. That’s just how it’s always been. And a lot of Zenyatta players aren’t stellar Anas or even Baptistes, realistically. Now you need someone who’s just good all around.”

So far, the Reign have handled Hero Pools about as well as anyone. Since the system came into play in Week 5, they’ve lost just once, a map five nail biter to the Philadelphia Fusion. Part of that success has to be attributed to Atlanta’s roster construction and the man at the helm, Head Coach Brad Rajani.

This offseason, the Reign set out to build on what they accomplished in 2019. With a combination of talent home-grown on the Reign’s Contenders team and highly touted free agents, Rajani built a roster that could be one of the league’s best and deepest. “He’s kinda like an AI on a space ship,” said Dogman. “He’s just really good at putting it all together.” 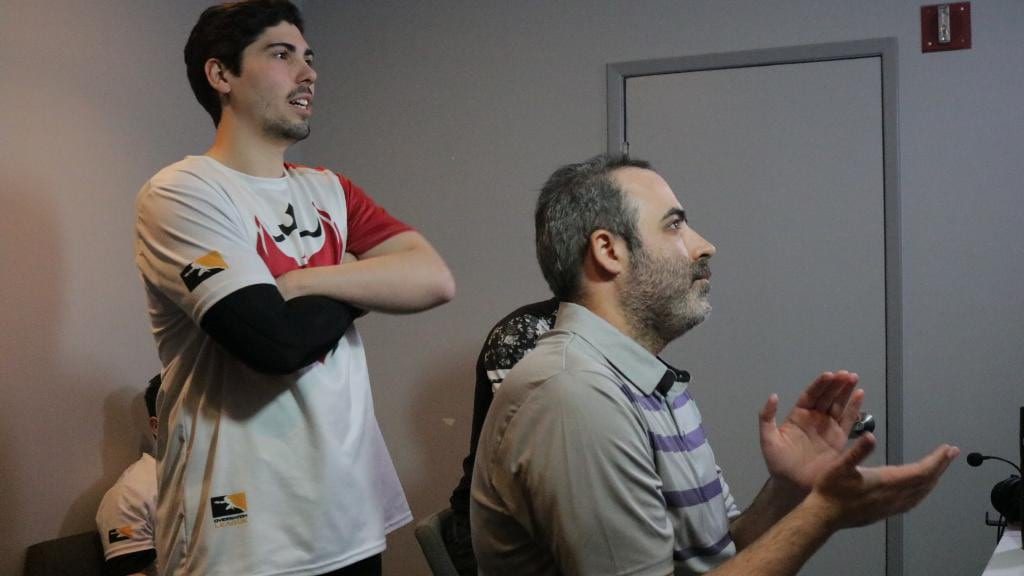 Atlanta’s twelve-man roster is one of their greatest strengths, combining high potential rookies like SharP and Edison with reliable veterans like Babybay and Masaa. As of late, Atlanta is putting that depth to good use, playing 10 players over their past two matches.

Because Atlanta has two players at every position, they can run valuable internal scrims. Having full control of both sides of a scrim lobby makes it possible to experiment and give more direction to practice sessions. You can have one side mimic your upcoming opponents or run specific compositions, things you can’t reasonably ask of a normal scrim partner. Surprise strategies can be prepared and perfected in secrecy.

Such a large roster can be difficult to manage though. There’s only so much playtime to go around, and every player wants to be the starter. “A lot of bench players just get lost,” said Kodak. “They don’t have a clear head, and some do get depressed being on the bench.”

Last year, Kodak found himself in that position, not playing and suffering mentally. “During that time, I felt like I was losing my drive, so I asked to be moved down to Contenders just to get back in the competing mindset,” he added.

He would go on to help ATL Academy to a Contenders title, a perfect regular season map record, and an impressive second-place finish at the Contenders Gauntlet. “It gave my whole career a boost, mentally,” he stated. “It was an opportunity more than a setback.” 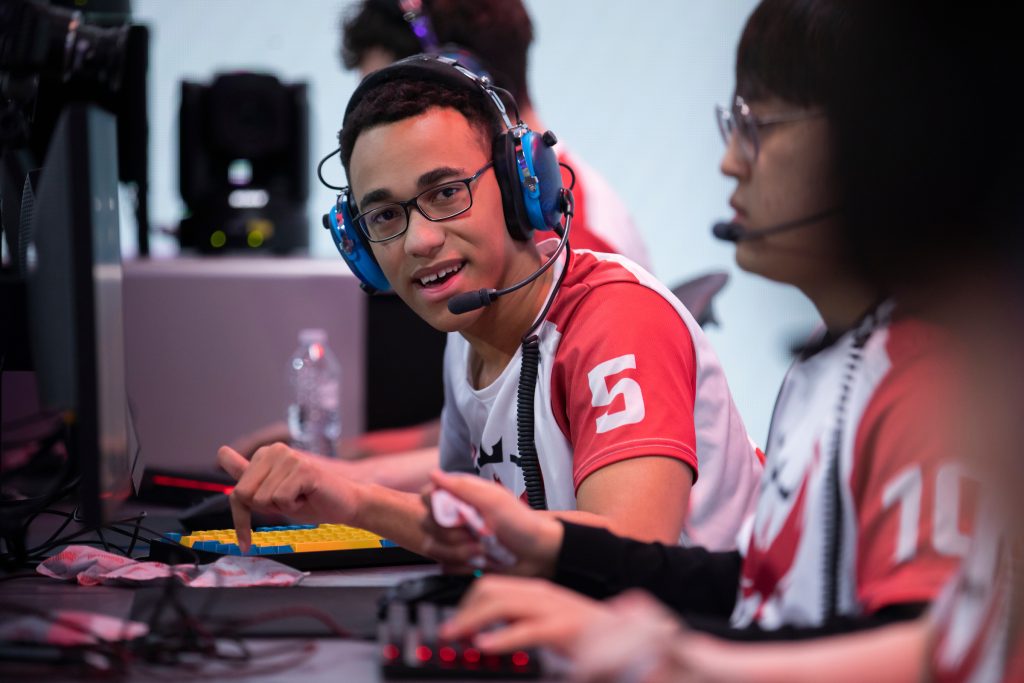 Now, he’s back in OWL and finding ways to contribute even when he’s not in the starting lineup. “Feedback is always a good way to help when you aren’t starting. So overseeing scrims and finding things that catch your eye,” Kodak explained. “Pointing things out is very important as a bench player because you have an extra eye. You have a different perspective from the staff as a player so I think it’s valuable information.“

Taking the Next Step

Right now, the groundwork is being laid for an outstanding season in Atlanta. The rookies have shown flashes of brilliance mixed with some predictable inconsistency. The coaching staff has been shuffling the roster repeatedly, giving every player the chance to earn their playing time. Erster looks like a bonafide superstar.

Thus far, they’ve just about lived up to expectations. They’re trouncing the teams they should beat, but they haven’t been able to get over the hump against the best the Atlantic has to offer. Paris swatted them aside in Atlanta’s second game of the season, and Philadelphia remains the only Atlantic team the Reign haven’t beaten across two seasons.

Three of their four matches against the Fusion have gone to five maps, but the Reign can’t seem to clutch one out against Carpe and company. If Atlanta wants to be considered a real threat to win the league, they’ll have to be more than a bottomfeeder, cleaning up against the dregs of the league. They’ll need to bag some real trophies.

They certainly have the tools, in terms of talent, coaching staff, and resources, but now they have to show they have the mettle. No more catching anyone off guard, no more upsets from nowhere. The Reign are on everyone’s radar now.