Winners and Losers of the Overwatch League Offseason 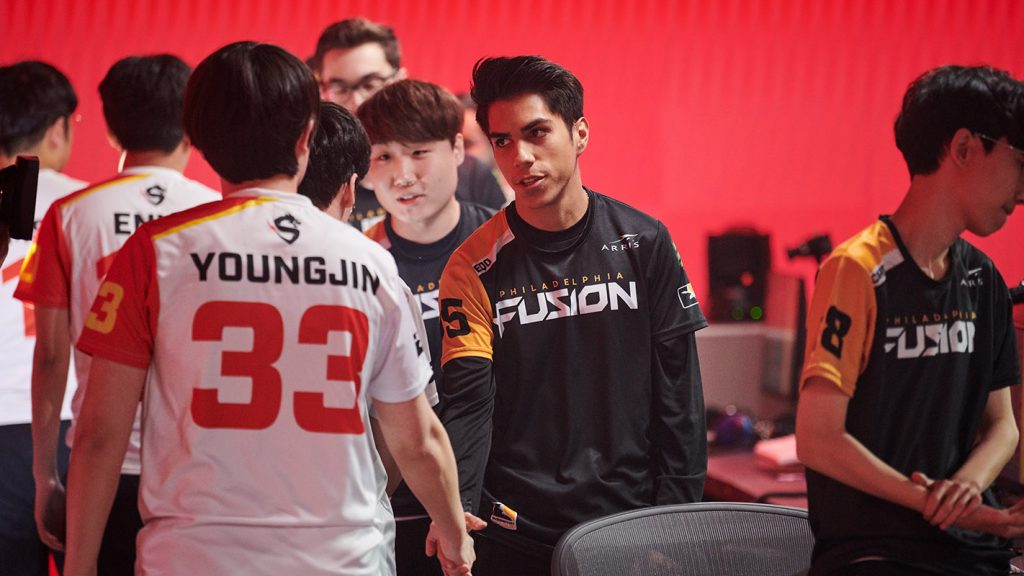 The Overwatch League offseason proved to be exciting and unpredictable. Stars retired, players were released and teams made moves that will change the course of their franchise going forward. With the 2020 season coming soon, let’s look at which teams thrived this offseason and which completely blew it.

The Fusion might have had the best offseason of any team in the league. Re-signing Josue “Eqo” Corona and courting Jae-hyeok “Carpe” Lee into a three-year extension could pay off big in 2020 if the DPS duo can live up to their 2018 potential. Their support line also received an upgrade in the form of flex support Kyungbo “Alarm” Kim who dominated in Overwatch Contenders for Fusion University. The biggest move the Fusion made was securing Jun-ho “Fury” Kim from the London Spitfire. Fury is arguably the best off tank (at least worst, top three) in the world and should make a massive impact for the Fusion moving forward.

The Los Angeles Valiant didn’t find much success for the majority of the 2019 season. Fortunately, they found their footing towards the end with momentum to carry them into the next season. A few key pickups and they could be one of the better teams in the league. Instead of doing that, the Valiant lost important pieces to their team with Indy “SPACE” Halpern going to the Gladiators and Young-seo “KariV” Park to Toronto. The retirement of team leader Scott “Custa” Kennedy was the nail in the coffin for the Valiant this offseason. 2020 doesn’t look promising for the Valiant.

Despite completely turning the franchise around in one year by winning the stage three championship last season, the Dragons were hit or miss and disappointed late in 2019. Heading into 2020, the Dragons revamped some of their roster including the signing of Byung-sun “Fleta” Kim from the Seoul Dynasty. Fleta’s presence will make an impact for the Dragons this season and the upcoming talent they picked up to cover some holes looked promising during the Shanghai Masters tournament last month.

Here is a short intro video of the players for the 2020 Season! #ShanghaiDragons #Breakthrough

It’s hard to find a silver-lining to London’s offseason. Losing both Jae-hee “Gesture” Hong and Joon-yeong “Profit” Park hurt… a lot. Losing essentially the rest of their team did not make it any better. No player remains from the 2018 championship team and all that is left of London is a team filled with unproven talent. The 2020 season might already be out of reach for the Spitfire. If there is anything good to take away from this, London might have found a few diamonds in the rough with their roster. Maybe someday this team can grow into something, but as of now, they will be scrapping the bottom of the standings for most of the season.

It's been a long time coming – no more teasers or riddles (or leaks), meet the Initial 8 of the #OWL2020 London Spitfire! #AcesHigh pic.twitter.com/6WPllCYNxK

The Reign had an incredible run in the second half of the 2019 season, even taking a victory over the eventual champions – the San Francisco Shock – early in the playoffs. With an already strong team, Atlanta needed only a few key pickups to rise as a true contender in 2020. The biggest addition to the team is Tae-Hoon “Edison” Kim, a former contenders star that will pair with Joon “Erster” Jeong as one of the best DPS duos in the league. A pair of Atlanta Academy stars anchor the tank line with Xander “Hawk” Domecq and Blake “Gator” Scott (who had a great 2019 playoff performance). The Reign made the right moves this offseason and had positioned themselves as a contender in 2020.

What do you call someone who has a huge hero pool and has just as HUGE pop-offs? You call him @Edison_OW!

We are so excited for you to be apart of Atlanta in #OWL2020 and can't wait for what is in store with you as an amazing addition to the roster!
WELCOME!#LetItReign pic.twitter.com/1978efrc9X

Boston had a rough 2019 despite the amount of success they found in 2018. There was some top-end talent on the Uprising last season and a few strong pickups could turn around the franchise. Unfortunately, Boston’s offseason was entirely lackluster without any clear superstar pickups and no one currently on the roster that can lead the team on and off the stage. Like the Valiant and the Spitfire, it will be a rough year for Boston in 2020 where they could potentially find themselves as the worst team in the league.

Adding both Profit and Gesture early in the offseason made it seem as if the Dynasty were truly building toward a “super team.” The Profit/Fleta duo seemed like a dream come true and the Dynasty finally had the pieces they need to live up to their name. Unfortunately, the Dynasty lost Fleta along with Overwatch legend and team leader Jehong “Ryujehong” Ryu. It’s hard to tell how the Dynasty will fare in 2020. They won’t awful, or even in the bottom half of the league, but it seems they lost just enough pieces to keep them from truly making a push for the top.

The Titans dominated for most of the 2019 season but fell short in the Grand Finals. Having some of the best talent in the league, few additions were needed for Vancouver to repeat their success. The Titans had different ideas, though and potentially jeopardized their team chemistry by replacing Sang-beom “Bumper” Park with Chan-hyung “Fissure” Baek at main tank. Adding Ryujehong is a questionable decision as well, but Vancouver’s entire 2020 season will hinge on whether Fissure can work with the Titans. If he doesn’t, they might struggle. If he does, they might be the best team in the league. It’s all a big mystery at this point.

It's official. Please help us welcome Fissure to the Vancouver Titans! We're excited to see some ground breaking plays from this legend. #ForceOfNature pic.twitter.com/KRqzWyI6rC