Zaboutine: OpTic Banking on the “Rarest Resource in the LCS” 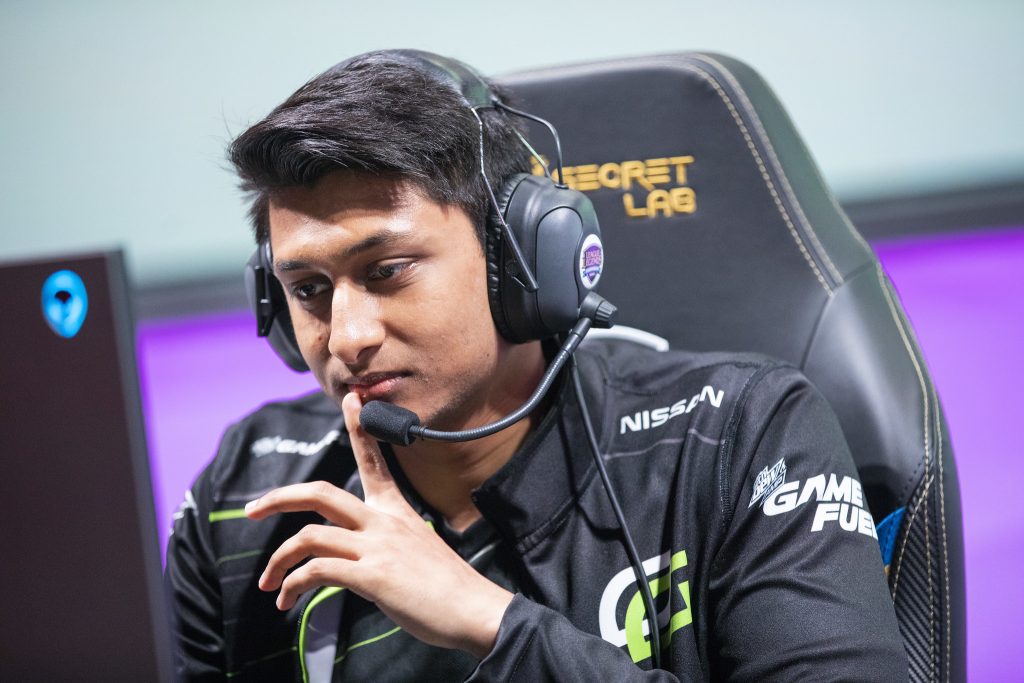 OpTic top laner Niship “Dhokla” Doshi has been hammered by fans for his Week 3 performances. (Photo by Colin Young-Wolff/Riot Games)

Considering the composition of the team, on paper, there was no reason OpTic Gaming should have struggled. Armed with stars like former world champion Lee “Crown” Min-ho, 2017 Spring most valuable player Noh “Arrow” Dong-hyeon and two-time LCS champion William “Meteos” Hartmann, the team’s roster is one of the more experienced in the League of Legends Championship Series (LCS).

Yet it was a surprise when the squad, who will play under the returning Immortals Gaming Club banner in 2020, won their first four matches in Summer. It’s not as if OpTic started the S.plit with the toughest run—Clutch Gaming, 100 Thieves, Counter Logic Gaming and FlyQuest composed their first four matches. But to come through those games with four wins under their belts, and looking strong doing it, made the League sit up and take notice.

Of course, there’s a deeper problem in the core of OpTic, according to head coach Thomas “Zaboutine” Si-Hassen. It’s not a problem that just the Greenwall is suffering from, but it’s one that’s crushing the LCS: “There’s just no time.”

“The rarest resource in the LCS season is time,” the French coach said. “There are four days to figure out the patches, strong champions, and who your five players on stage are going to be. Then you have to decide how you want to play as well.”

It was time, or a lack of the precious resource, that robbed OpTic of a strong Spring campaign, Zaboutine said. It’s that lack of time when dissecting a game as complicated as League of Legends that may have cost OpTic their undefeated run all over again.

Preparation on Cloud9’s side cut OpTic’s streak short. After watching Meteos run rampant across Summoner’s Rift in the first four matches of the season, C9 put solo laners Eric “Licorice” Ritchie and Yasin “Nisqy” Dincer on Akali and Yasuo, and let them loose.

Dhokla and Crown couldn’t cope, and C9 took the lead in the LCS through head-to-head against their opponents in a 36-minute battle.

The new league leaders had shown the blueprint in beating OpTic, and Team Liquid took those teachings into the next day. This time, they pressured the bot lane to draw Meteos away from his solo lanes, before Yiliang “Doublelift” Peng soared to a 9/1/6 finish on Xayah.

And just like that, OpTic had been slapped with their first 0-2 record of the split. Luckily, Zaboutine said, it wasn’t the 2-4 the roster had suffered in Spring. Despite dual-losses to C9 and TL, the Greenwall was still in a far better position than that “doomed campaign.”

“That split was horrible results-wise, but what’s important is to look at the odds of us making finals in Spring,” Zaboutine said. “We didn’t make it, and that’s unfortunate, but so many things went against us that it was always going to be difficult.

“We had Arrow start training in week three because of his visa issues, and then had to rush the learning process we’d been aiming for in the final six weeks, and suddenly the split was over before we’d even got into the process.

“This is what I mean when I say it’s so hard to not have time. Every four days you go back out on stage with whatever you’ve prepared, and only the outcome matters. The whole esport is about the process, but then that has to give results.”

This time around, with the teachings that OpTic’s 7-11 Spring split finish gave the roster, Zaboutine believes his team is far more prepared to challenge for their goals—playoffs and potential silverware in North America.

“The whole thing created a bit of a bond between the players, and it makes us optimistic now because we’re armed with so much more time this time around. That gives us that chance, we’re not trying to play catchup to teams ahead of us, we have already prepared.”

Now that OpTic are armed with that precious “preparation time” that decides splits, Zaboutine is confident that his roster can contend for the title, even after a disappointing third week in the Championship Series.

“We could have made the playoffs in Spring if a few little things went our way, and I think we will make playoffs this split,” the French coach said. “I’m very optimistic about it. My mentality is when you see Invictus Gaming losing to Team Liquid at the Mid-Season Invitational, suddenly you realise everything is possible in League of Legends.

“I’m not going to say we’re going to get an upset in the grand final, but everyone is so close in this league and last Spring and even Summer were extremely close. Everything can change again in another two matches, so I think we have a fair shot this split.”

OpTic Gaming return to the LCS stage against Team SoloMid (4-2) on Saturday evening. They will also face Echo Fox, who have sunk to a 1-5 record in Summer after two straight 0-2 weekends in a row. Watch all the action live at watch.lolesports.com.