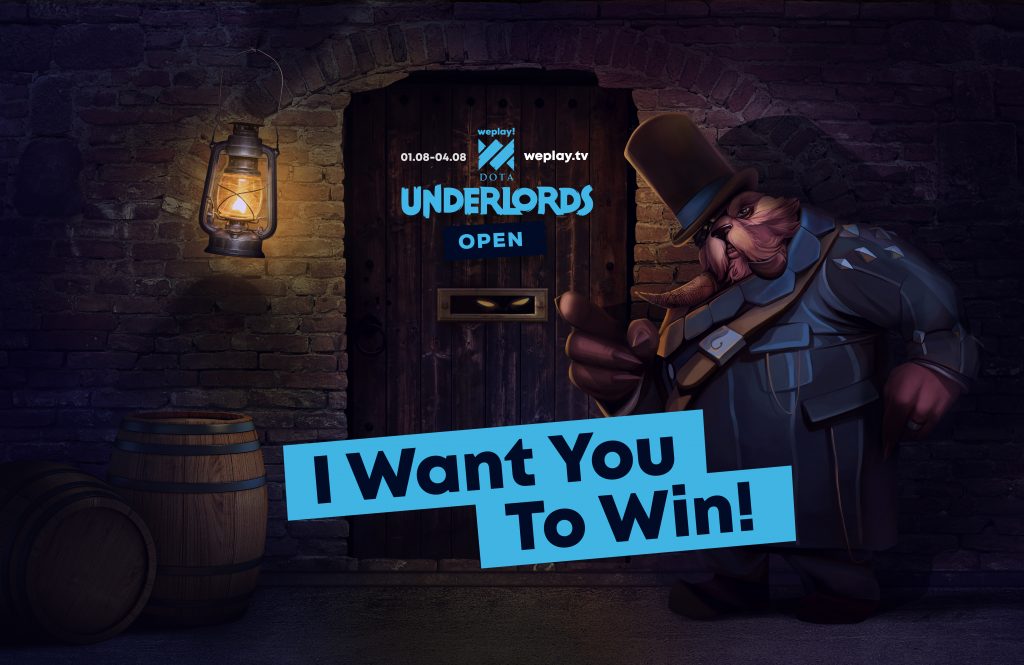 Tournament organizer WePlay! Has announced the details for registration for their Dota Underlords Open event.

Registration for the event opens on July 15 and will run through the end of the day July 23. The open qualifiers themselves will run from July 24 to the 28.

The Dota Underlords Open will consist of two regions division called Vicious Order (Europe) and Crimson Gang (Americas). Despite the two divisions being aimed towards Europe and the Americas, neither is region-locked allowing players from other regions to compete for the prize.

Each round of the open qualifiers will consist of three games. The four players who accumulate the highest point totals over those three games move onto the next round. This process will continue until only eight players remain. Those eight players will be invited to the main event, which is scheduled to take place from August 1-4.

The WePlay! Dota Underlords Open main event will see 16 players compete for their share of the $15,000 USD prize pool, which will be divided among the top four players.

For more information on how to register for WePlay! Dota Underlords Open, check out the WePlay! Website.

Autobattler
Share
Justin Hartling
Justin has been writing professionally for his entire career with a background in journalism and broadcasting. After writing about what other people wanted for years, Justin came up with the idea for Hotspawn – allowing him to combine his love of writing and of esports.
Follow me