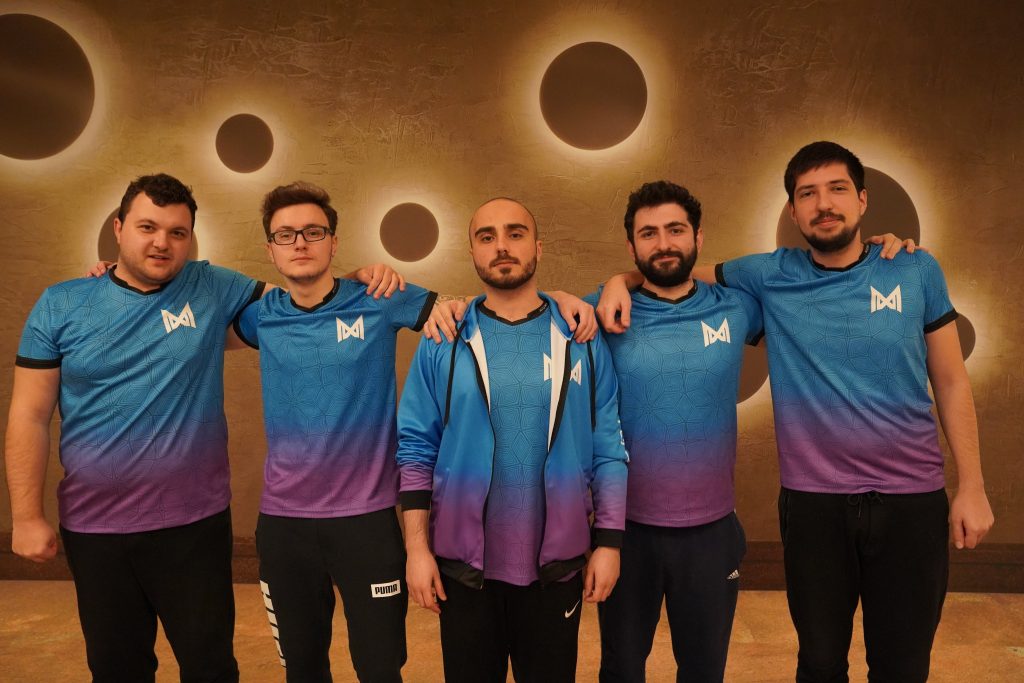 Nigma carried their momentum from their Minor victory into the Major. (Photo courtesy Nigma)

It’s only the second Major of the Dota Pro Circuit season, and already the face of professional Dota 2 seems to be shifting. This was no more apparent than in group stages of DreamLeague Season 13: The Leipzig Major, where some of the top teams in the game seemed to lose traction in a series of surprising matches. Meanwhile, the teams that were previously struggling, such as Nigma and Natus Vincere, are now surging with momentum on their side.

Luckily for some of the teams mentioned, it’s far from the end of the tournament. Unlike the preceding Minor, which would have had the poorest performing teams eliminated, every team that’s fallen during this group stage gets a chance at redemption in the lower bracket. Even so, it’s panic time for several of these teams.

Alarm bells should be ringing for Virtus.pro. We’re four events into the season and already the team looks like a shadow of the dominant force we saw last year. Despite an end to the internal turmoil that had marred their early season, the squad still hasn’t rallied around it’s new roster. Carry player Egor “epileptick1d” Grigorenko may be the crux of the team, but he’s not playing like it.

In the team’s loss against Alliance on Saturday, epileptick1d looked nothing like the kind of player VP was expecting him to be. In comparison, Alliance’s Nikolay “Nikobaby” Nikolov continued to surge. It didn’t even look like these two were playing the same role by the second game. After his game one Slark was banned, the Russian carry seemed helpless on Gyrocopter, which Nikobaby had made look so effortless, and his team fell to Alliance in a disappointing 40-minute loss.

Things went from bad to worse today for CIS hopefuls as they lost again Sunday, this time to newcomers Reality Rift, a relatively unknown team out of Southeast Asia. Even though in both games Virtus.pro was able to grab an early lead and push down several lanes, the squad failed to finish off their opponents, eventually falling 0-2 to a team no one expected to do this well. Over the next week, VP will have to be perfect if they stand a chance of continuing in this tournament.

Nothing has gone right for TNC Predator since the 7.23 patch hit. After winning the first two major events of the new season, the Southeast Asian stalwarts have fallen flat, failing to draft or play up to their former standards. The hard farming, late-game carry style of Armel Paul “Armel” Tabios looks utterly incompatible with the current pro-style.

Against Nigma, there was hope. A decisive first match in which Armel went perfect was the reward for a hyper safe Lina pick. But as Nigma found their stride, TNC fell behind. In games two and three, Nigma never let their opponents gain a lead, and swept to victory in decisive fashion.

Come Sunday, TNC had collapsed entirely. They were unable to muster any real resistance in their two games against Team Aster, a squad firmly in the second tier of Chinese teams. Now the reigning Major champions find themselves in an uphill struggle to even maintain their spot in the tournament.

Our group stage run ends as Team Aster takes a 2-0 win. We'll be starting the playoffs on the lower bracket of #DreamLeague Leipzig Major. Still thank you for tuning in and staying with us this late night!#StrongerTogether#SummonYourStrength pic.twitter.com/NBrIouFUvl

Minor League to the Majors

Not every team is suffering though. Nigma who, as previously mentioned, defeated TNC in the opening game of the tournament, have flourished after their victory at the Minor. While concerns remained around their standard of play before the event, the stack has silenced many of their doubters with their performance.

Besides their victory over TNC, Nigma also cleanly dispatched a strong Fnatic side, in two drawn-out games. In what has become Nigma’s specialty, Game One was a case of holding on for dear life until Fnatic made a mistake. While in game two, the squad put on a more decisive performance, after maintaining a more obvious foothold in the game after 30 minutes.

Nigma mastermind and team captain Kuro “KuroKy” Salehi Takhasomi will surely want more out of his team as the tournament progresses. Never starting strong in games has to backfire at some point, although winning is winning at the end of the day. Even if Nigma might not always take winning as a good thing – the organization took to social media to apologize for the win, knowing that their fans would be more comfortable watching them make a run through the lower brackets instead, as they did in the Minor.

Sorry to disappoint our fans😂but we’re in the upper bracket of The DreamLeague Major.#StarsAligned pic.twitter.com/xGSCy6ZJEW

Natus Vincere had all but fallen off the radar this season. Absences from significant events, failure to qualify for majors, and poor results across the board had almost written this season off as one of complete disappointment for one of the most storied teams in Dota.

First two teams to make it through to the winners bracket are @natusvincere and @teamsecret! #DHDL13

But incredibly, Na’Vi has swept their group. In a bracket with the likes of Team Liquid and Evil Geniuses, the team went undefeated with an almost perfect record. What’s more, they’re showcasing a far more decisive and quick style than many of their opponents. Against EG in their opener, the team initially stumbled. But the performances of the final two games made that instantly look like a fluke, as Na’Vi took the next two games.

There was no fluke against Liquid, though, as the CIS team straight swept them in one of the quickest series’ of the entire tournament. Headed into next week, the team faces Alliance, a tough opponent with the same quick-fire energy as Na’Vi. If they’re able to overcome hyper-carry Nikobaby, then it’s time to start thinking about a potential finals trip for Na’Vi.

There’s still a lot of tournaments to go, and while we’ve had surprises, we’ve also seen some of the expected strong teams continue their dominance. Vici Gaming, Team Secret, Invictus Gaming, and Alliance, to name a few, were never not going to be in the Upper Bracket. It’s up to the unexpected arrivals, and the teams that missed out to create more upsets and excitement in the playoffs. 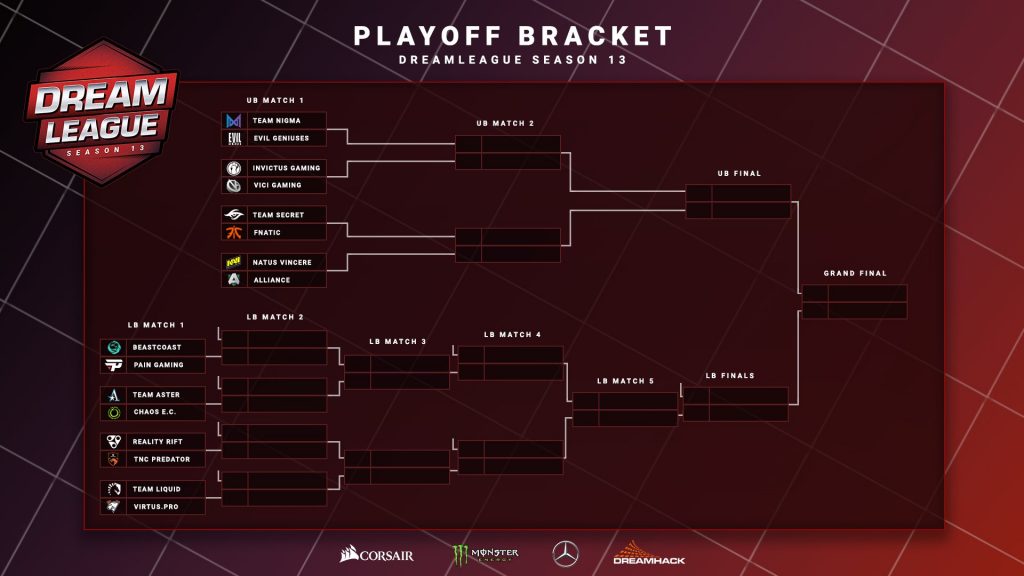 Group stages are complete and the playoff bracket of the Leipzig Major is set. (Photo courtesy DreamHack)

DreamLeague Season 13: The Leipzig Major continues through next week. You can catch all the action on DreamHack’s official Twitch channel, and stay tuned to Hotspawn for more coverage.