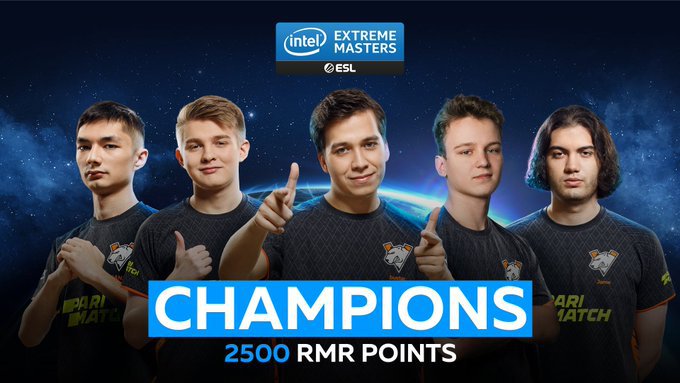 VP are champions for the first time in a while. (Photo courtesy Virtus.pro)

The final Road to Rio event for the CIS region, IEM New York, has concluded. With that we saw some changes to the top CIS teams in terms of major qualification, a stumble at the finish line for Na’Vi, and a dominant showcase for Virtus.pro in one of the biggest wins for the organization in years.

A return of the Virtus Plow?

If you were to guess which team would go undefeated in the group stage and then perfect in the playoffs, it’s likely that most people would have put their money on Natus Vincere. But in a shocking display of brilliant Counter-Strike, it was Virtus.pro who ended up lifting the title in the end.

Virtus.Pro beat all five of their opponents in groups, and that included a 2-0 sweep over Na’Vi. Their perfect run in groups earned them a direct spot in the semifinals, where again they faced Na’Vi. In map one on Inferno, VP rallied back from a 10-5 deficit with a stellar T-side half, as buster led the way with 30 kills. And on Mirage, 31 kills from YEKINDAR carried VP into the 30th round, where they narrowly crossed the finish line after nearly succumbing to a Na’Vi comeback.

With that win, it was looking likely that the grand finals would feature the two undefeated teams in Virtus.pro and Team Spirit, who’s 5-0 performance in group stage even outshined VP’s; Spirit had a +84 in round differential versus VP’s +53. But the CS gods are cruel and chaotic, and Nemiga delivered a 2-0 stunner in the semifinals.

VP set the tone immediately in the grand finals, with a solid win on Mirage on the backs of their two heavy hitters again, in buster and YEKINDAR. Then VP really put the pressure on with a 16-5 thrashing on Dust2. Nemiga at first seemed poised to finally take a map on Inferno, jumping out to a 12-3 lead at halftime. But their good CT side was outclassed by an even better one from VP, who went 13-1 on their CT side to steal back map three and end the series in a sweep.

They SWEEP the Final 3-0 against @nemigagg and go UNDEFEATED in the tournament!

For Virtus.Pro, this win at IEM New York represents the best result the former AVANGAR lineup has had since they were acquired at the end of 2019, and it’s been years since VP as an organization has achieved a significant victory. A long time has passed since Virtus.pro was a threat at big international events, and while the road is long to get back to that form, this is a great first step.

A sick Na’Vi stumbles into a fourth place finish

With Perfecto testing positive for coronavirus in the middle of the event, Natus Vincere were operating well below their maximum capacity. Not only did they take a loss to Virtus.pro as mentioned above, but forZe got themselves a 2-0 win at Na’Vi’s expense as well. However, Na’Vi managed to still get into the playoffs with a final win against ESPADA.

This put Na’Vi on a direct course with Gambit, in their first event since ditching their Youngsters tag. But despite no longer being youngsters, Electronic still took them to school on Overpass, dropping 31 kills on them and knocking them out of the playoffs. Na’Vi, however, would find themselves on the wrong side of a second 2-0 at the hands of Virtus.pro, sending them into the third place game against Team Spirit. But with Perfecto playing sick, Na’Vi opted to forfeit their final match of the event, settling for fourth place.

With @perfectocsgo falling ill with COVID-19 health problems, we understand their decision and wish Ilya a speedy recovery with his health. pic.twitter.com/P54Jaozvpk

A fourth place finish at IEM New York is nothing to worry about for Na’Vi fans. One of their main fraggers was playing sick, and the difference between third and fourth place isn’t too drastic in terms of RMR points, considering where Na’Vi already stands. After some rest and recovery, Na’Vi should be back to their winning ways in no time.

Despite the impressive win from Virtus.Pro, the 2500 RMR points they gained actually didn’t improve their position at all. Team Spirit and Na’Vi were so far ahead that their respective third place and fourth place finishes keep them locked up at #1 an #2 in RMR, which would earn them Legend status at the major. Had Nemiga not upset Team Spirit in the semifinals, VP would have moved into third and secured Challenger status, but Nemiga earned just enough points by making the grand finals to keep their #3 spot.

The biggest winners in terms of RMR are Gambit, but by the absolute slimmest of margins. They moved up into the #5 spot, the final Contender status spot, and are just a single half point ahead of #6, ESPADA. For context, the difference between Gambit and VP is a whopping 1,381 points.