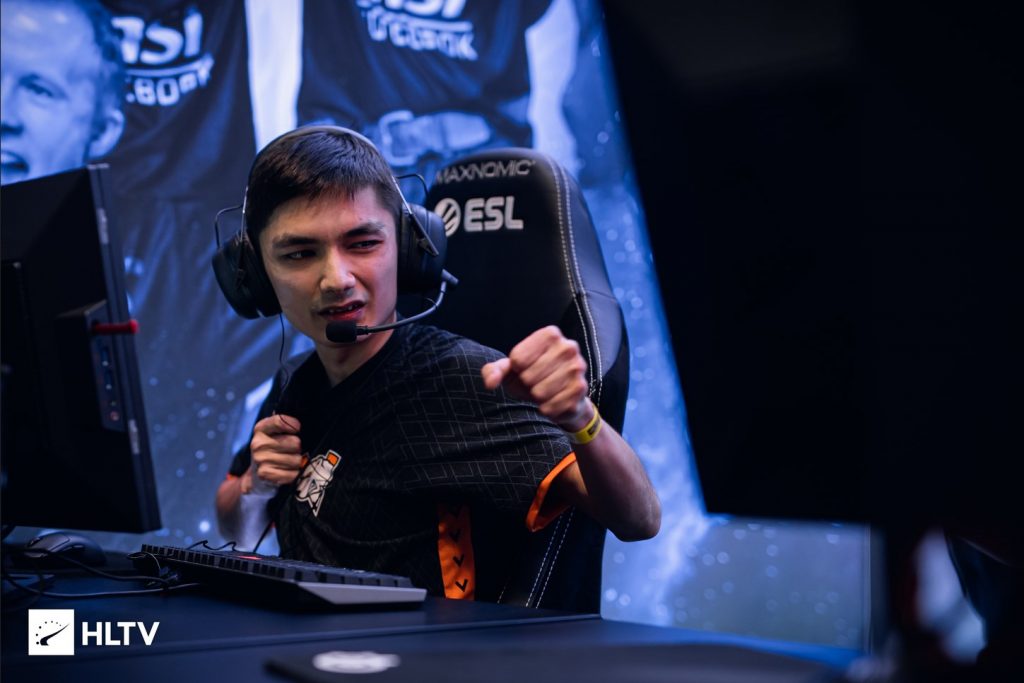 Virtus.pro has topped a group with Na’Vi and forZe in it, going undefeated and securing a top four finish at minimum. (Photo courtesy HLTV)

The CIS region’s version of IEM New York has completed its’ group stage. Six of the 12 participants have moved on to the playoffs for a chance to take a step towards the next Major in their last RMR event of the year. Virtus.pro and Team Spirit each went 5-0 in their respective groups, earning direct passes to the semifinals and securing a minimum of 2031 RMR points. Also qualifying for playoffs are forZe, Na’Vi, Gambit, and Nemiga.

Coming into IEM New York CIS, Virtus.pro was in an interesting situation. They hadn’t played in a big tournament since the previous RMR event at WePlay! Clutch Island. Additionally, they had since replaced Dauren “AdreN” Kystaubayev with Mareks “YEKINDAR” Galinskis of pro100. Unlike Na’Vi and Team Spirit who have shown up in some big European events, or forZe and Nemiga who played in as many weekly tournaments as possible, VP’s level of play could only be predicted based off of their Flashpoint qualifier results days before IEM New York began.

Speaking of Flashpoint qualifiers, Virtus.pro nearly forfeited their first match against K23 due to scheduling conflicts between the two tournaments. Instead, they were handed a forfeit loss on map one then managed to take a 16-10 win on Dust2 followed by a 19-15 overtime victory on Inferno to start off with a 1-0 record.

Virtus.pro’s second match against ESPADA was the clean 2-0 that the squad deserved. After a dominant 12-3 CT half on their opponent’s Mirage, VP closed out a 16-11 map one. YEKINDAR even earned three whole aces on Mirage alone. Inferno started out much closer as VP only managed 7 rounds on their T side. They then pulled off a flawless defense, earning a comfortable 16-8 to take the match.

The midway point of the group featured the most anticipated matchup of them all. Na’Vi and Virtus.pro went head to head to determine who would lead the field as the last undefeated team. What should have been an incredibly competitive series turned one sided rather quickly.

VP’s T side Inferno campaign was very successful. After losing the opening two rounds, they won nine of the next 10 in a row. A 10-5 half time lead was the result. They even dropped the second pistol round and nearly lost their lead out of the gate in the second half. Once VP planted their feet, they took off running yet again. A clean 16-11 victory was the result.

Overpass was the next map courtesy of Na’Vi. Despite not playing the map often, VP came out strong by holding Na’Vi to six T side rounds. Their own attack didn’t start off nearly as well. After losing the second round to a Na’Vi force buy, VP dropped five of the next six rounds to give Na’Vi their first real lead of the series not counting opening pistols. Na’Vi’s frontrunner status would be short-lived as VP rallied to win almost all of the remaining rounds. A 16-13 win cemented the sweep in favor of Virtus.pro.

VP went on to demolish Cyber Legacy without giving up double digit rounds. In their last match against forZe, they reverse swept them after losing the opening Mirage. A 16-10 on Dust2 and a 16-12 on Train locked in first seed and an undefeated record for the squad.

On the penultimate day of play, forZe also managed to comfortably take down Na’Vi 2-0 and secured their spot as the second seed. Na’Vi still managed to qualify for playoffs thanks to a win over ESPADA on the last day, solidifying group A’s top three.

Group B – A Spirit Led Hierarchy

Group B was much simpler than group A in terms of competitiveness. Whereas group A saw three teams tied at 3-2 only separated by tiebreakers, group B had three clear teams who were a cut above. Ethereal, Winstrike Team, and HellRaisers all ended with 1-4 records only trading wins off of each other. Meanwhile, it was Team Spirit who would take over as the star of the show.

Spirit’s opening matches pitted them against the other two true competitors in the group. Gambit’s new roster opened up by taking their own Dust2 pick 16-11 against Spirit. The favorites then responded with two consecutive 16-8 victories on Mirage and Train.

Boris “magixx” Vorobiev and Nikolay “mir” Bityukov combined for 124 kills in the series. Gambit’s only response was 19-year-old star Dmitry “sh1ro” Sokolov who earned 63 of his own along with 93.1 ADR while losing.

The match against Nemiga went the exact same way. Nemiga abused their opponents on their own map pick of Inferno, taking 11 rounds on the T side before handing Spirit their biggest loss of the group stage at 16-9. The tables then turned completely when Spirit was on home turf. It was their turn to go 11-4 on the T side start. It took a little while for Spirit to close out the game, but the result was a safe 16-12 to send the series to a third map.

Nuke was the most one-sided of them all. Spirit had another dominant T side, earning a 10-5 lead on the CT biased map. They then nearly pulled off a flawless defense, only giving one round to Nemiga on their way to a 16-6 victory and a 2-0 record.

Spirits remaining matches were all very easy in comparison. Although they did drop a map to Winstrike on the final day, it was a 14-16 loss on Dust2 which was followed by a 16-5 win on Nuke and a 10-2 win on Train. The reason for the strange scoreline was technical issues for Winstrike while being down 10-2 and not having anything to play for causing a forfeit mid match.

The only other match that mattered in the group was Nemiga vs Gambit on the last day of play. Gambit was able to take their Train pick 16-10 before narrowly edging Nemiga out of Mirage 16-14. This result put Gambit through to the playoffs as the second seed and Nemiga as third. In reality, they will end up playing either Na’Vi or a team that swept Na’Vi.

On top of the usual bracket, fifth and third place matches will be held to determine who places exactly where for RMR points. A total of 2500 will go to the winners of the tournament. With how tight the top four are in the region, a win here could propel anyone into a Legend qualification spot.