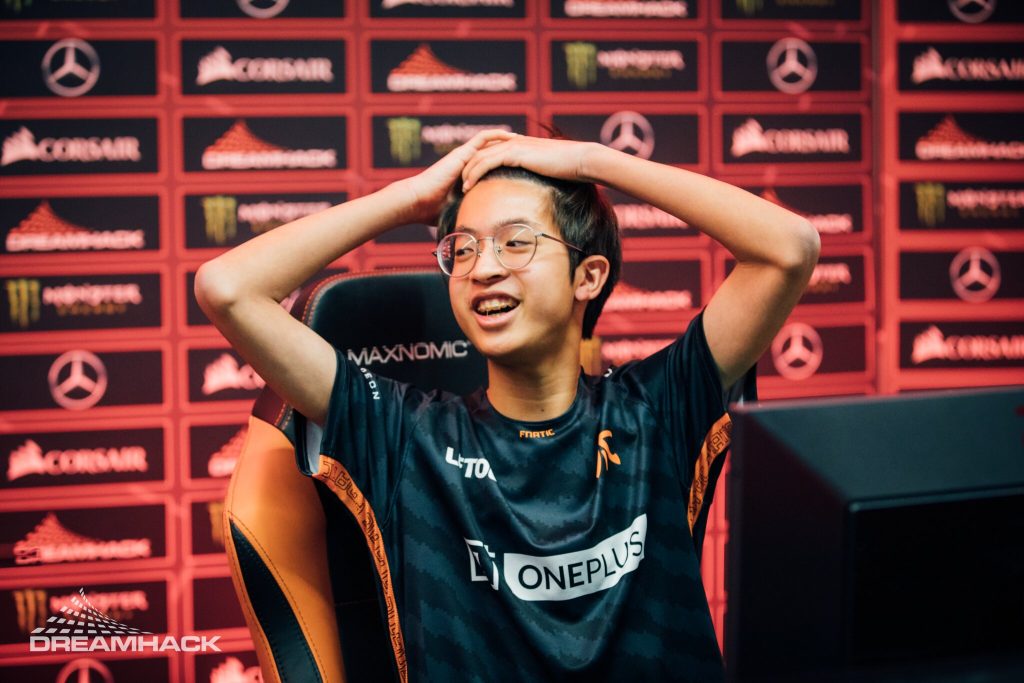 Rising star 23savage is the latest in a string of Southeast Asian imports playing for Chinese teams as he finds a new home in Vici Gaming. (Photo courtesy DreamHack)

It seems that not even the pandemic can discourage Chinese teams from shuffling their rosters this time of year. After the departure of both Zhou “Yang” Haiyang and Bai “rOtK” Fan two weeks ago, Vici Gaming have revealed a brand new roster — which includes two new names as well as one familiar to fans of the squad.

We hereby unveil our #Dota2 lineup for the upcoming season:

The two first timers include rising Southeast Asian star Nuengnara “23savage” Teeramahanon and former Keen Gaming carry Yang “Erica” Shaohan. 23savage was last seen being traded from Fnatic to Geek Fam in late July this year, though he would end up not playing any official games for the squad as they disbanded shortly after acquiring him. Erica, meanwhile, left Keen Gaming last May, also as a consequence of their dissolution at the time.

Both players will be seated in the carry position for Vici Gaming, though Erica in particular will serve as 23savage’s official substitute going forward. VG definitely scored big acquiring 23savage for their squad, though it will be interesting to see how much the language barrier will affect the young gun. Should he manage to circumvent this, we could potentially see him grow immensely as a player — in the same way as other SEA imports of yore like Tue “Ah fu” Soon Chuan and Chai “Mushi” Yee Fung.

Given the position 23savage will be playing in, it would seem that Zhang “Eurus” Chengjun (formerly known as Paparazi) will no longer be part of the lineup as a result. This effectively ends a three-year run with VG for the 24-year-old carry, though we’d imagine it wouldn’t take long for him to find a new team to call home knowing his skill and prowess at the role.

The third new arrival isn’t actually new to the Vici Gaming brand, but was a part of the roster from 2017 to 2018. Veteran offlaner Ren “eLeVeN” Yangwei rejoins the squad as such, in the same position that he is famous for. eLeVeN enjoyed a relatively fruitful campaign with VG during his one-year stint, placing second with them at ESL One Katowice in February 2018 and third at the MDL Changsha Major three months after. These results gave them enough Dota Pro Circuit points to qualify for TI8, though they pretty much bombed out of the tournament in 9th to 12th after a very rough start in the group stage.

Nevertheless, eLeVeN’s wealth of experience playing in high level tournaments should allow him to serve as a mentor to 23savage and the rest of the roster. To that end, he and his new comrades will be put to the test starting on Thursday, as they take on local rivals in the first season of the China Dota 2 Pro Cup.