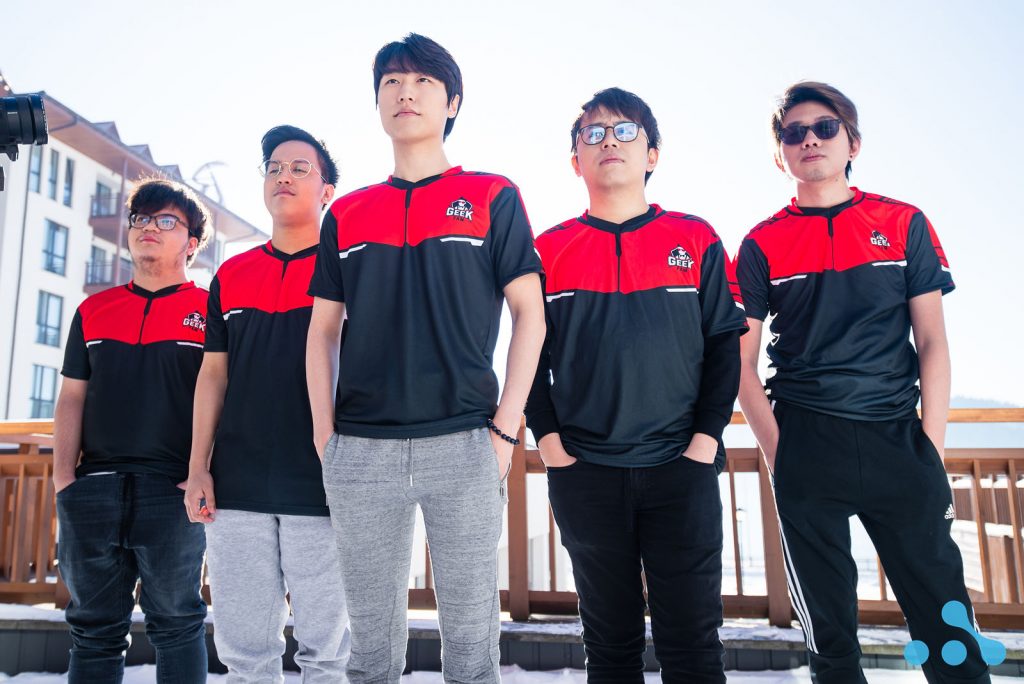 Geek Fam will be taking a leave of absence until Valve does something about the Pro Circuit. (Photo courtesy WePlay!)

Malaysia-based Dota 2 squad Geek Fam, whose roster took first place in the BTS Pro Series Southeast Asia in June this year, has officially disbanded according to the organization. Geek Fam made the announcement early on Friday via their Twitter account, thanking each of their players for their time.

Thank for all the memories that you have given to our DOTA2 Team Fam, We appreciate it.

Once a Geek, Always a Fam. pic.twitter.com/VAg6PT5d7u

The news itself comes as a bit of a shock, given that Geek Fam traded their former carry Marc Polo Luis “Raven” Fausto to Fnatic in exchange for Nuengnara “23savage” Teeramahanon just over a month ago. 23savage himself has actually not played any official tournament games with the team as of yet, with Geek Fam deciding to play with Evil Geniuses’ Abed Azel “Abed” Yusop instead as a stand-in at ESL One Thailand.

To that effect, Geek Fam directly addressed the lack of updates from Valve regarding the upcoming Dota Pro Circuit season, which has been put on hold by the Dota 2 developer and publisher as they deliberate on whether or not to hold The International this year. “With no updates to the Dota Pro Circuit up until now, we have decided to put a pause on our Dota 2 journey,” said the organization.

They did ensure to keep the door open, however, saying that the team would make a return to playing under the banner once Valve gets the new Pro Circuit season moving.

Before their disbandment, Geek Fam were firmly in place as one of the top threats in the SEA scene, up there with other fixtures like Fnatic, BOOM Esports, and the now-defunct Reality Rift. Aside from their first place result at the BTS Pro Series, their year was marked with other successful runs such as qualifying for the original ESL One Los Angeles LAN, winning the ONE Esports Dota 2 SEA League, and placing third at the WePlay! Bukovel Minor.

It’s therefore unfortunate that such an integral part of the competitive space in Southeast Asia has to leave for now — but perhaps the growing exodus of teams and players alike might spur Valve into action with regards to the DPC season.

Geek Fam roster as of disbandment: