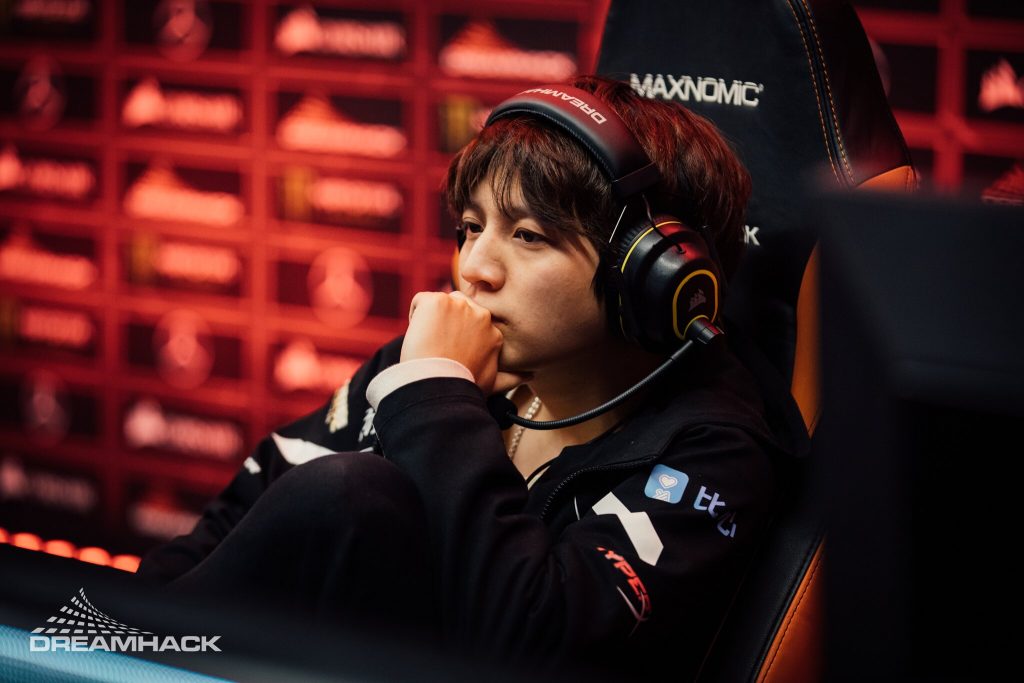 Two of the organization's most tenured players have seemingly chosen not to renew their contracts. (Photo courtesy Adela Sznajder for DreamHack)

Longtime Vici Gaming Dota 2 members Bai “rOtK” Fan and Zhou “Yang” Haiyang have left the organization, as announced by VG themselves early on Tuesday via their official Twitter account.

After being an integral part of VG since 2015, Yang will be leaving the club due to his contract expiring.
We want to thank Yang-God for his long list of contributions to VG and have no doubt, that he will achieve whatever he plans on doing next

We wish rOtk a smooth way forward and a shining light upon his future path as he decides to pursue new challenges.
We want to thank him for his many years of dedication, team efforts and responsibility.

According to VG, both players had their contracts with the team expire on Tuesday — indicating that one or more of the parties in question opted out of signing new ones. Their departures effectively end around five years of working with Vici Gaming, with Yang in particular having been under the VG umbrella since his Dota 2 career began in 2015.

First playing for academy roster Vici Gaming Potential, Yang trained hard and eventually got promoted to the organization’s B-team Vici Gaming Reborn. There, he scored his first championship title at the StarLadder i-League Invitational in Ukraine in 2016, beating local favorites Natus Vincere for the $45,000 first place prize purse. Several months later, he was promoted yet again to the main Vici Gaming roster, though this stint failed to produce much in the way of results.

He then moved to then-NBA player Jeremy Lin’s affiliate VG squad VGJ.Thunder, where he found a lot more success. During the 2017-2018 season, he won Galaxy Battles II in the Philippines, and placed second the PGL Bucharest Major two months later. Yang was blossoming into a legitimate threat at this point, which prompted the main team to recall him for an even more auspicious campaign in 2019.

Upon his return to the A-team, Yang immediately went to work on bagging several gold medals and helping VG soar through the ranks in the Dota 2 scene as a whole. He and his squadmates started 2019 by sweeping Gambit Esports at the StarLadder ImbaTV Minor in March, and they immediately followed this up with a fantastic victory over Virtus Pro at the DreamLeague Stockholm Major.

Another Major win at EPICENTER just before The International 9 saw them finish third in the overall standings for the Dota Pro Circuit season, earning them a direct invite to the world championship event. Unfortunately, Yang and the rest of VG placed just within the top six spots at TI9.

After TI9, he continued to post good results with VG, particularly at the MDL Chengdu Major where he placed second after losing to TNC Predator. He and his teammates made up for it somewhat just a month after, ending 2019 with a bang by winning the ONE Esports World Pro Invitational in Singapore. His best and most recent result was third place at the DreamLeague Leipzig Major.

As for rOtK, his time with Vici Gaming is best remembered for his captaincy of the roster that placed second at TI4, which fell to grand champions and fellow Chinese team Newbee after bouncing the Peter “ppd” Dager-led Evil Geniuses out in the lower bracket finals. He announced his retirement (or what passes for “retirement” when it comes to Chinese players) after TI4, but continued to play for names like EHOME and LGD Gaming.

He made his return to VG in 2016, enjoying a two-year reunion with the organization that ended in late 2017 — when he served as coach of Invictus Gaming for the two months between the qualifiers and the main event for TI7. He went back to VG right after, though this time as coach of VGJ Thunder — the same roster that Yang was present on. Until his exit from the team on Tuesday, he had been a member of the organization since then.

As of the time of writing, neither Yang nor rOtK have signed with any other teams — but we’re certain that their expertise and experience will be attractive to more than a handful of squads in China.