Valve reworks All Pick and more in Patch 7.25 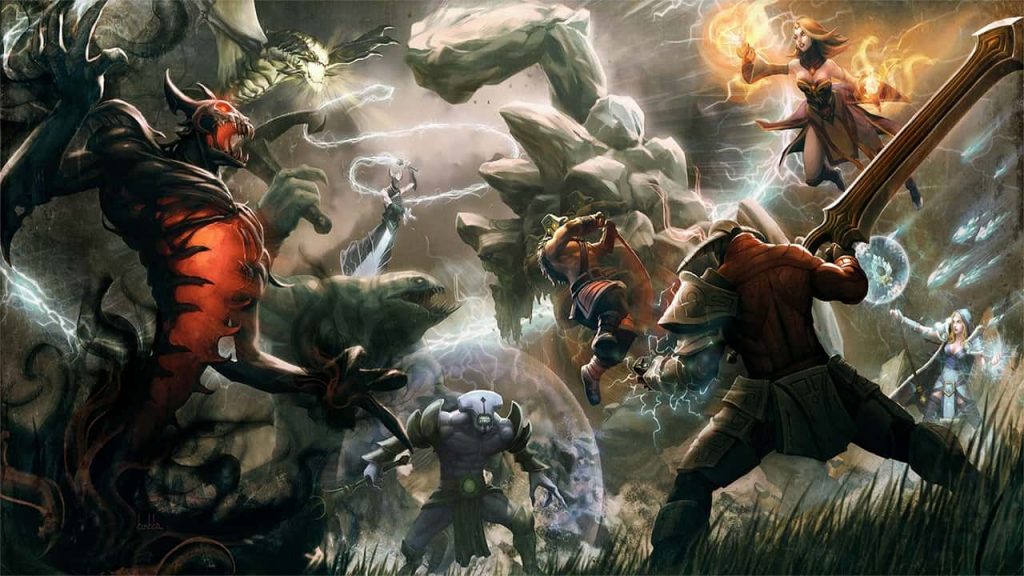 Valve is shaking up the All Pick format, among other mechanics.(Photo courtesy Valve)

Valve just put out Patch 7.25, the latest update for Dota 2 and the first major balance patch in two months since 7.24 was released in January this year.

There is a litany of small tweaks and massive reworks alike this time, with the largest one arguably being the rework to All Pick—the most commonly played game mode in ranked matchmaking.

The picking of heroes in All Pick has been changed drastically, to the point where both teams will no longer take turns drafting in a set order. Instead, both teams will now pick heroes simultaneously, with each pick being hidden until the end of the entire drafting phase.

Should there be duplicate picks once each selection is revealed, players that picked the duplicates second will be given extra time to choose a different hero. This is similar to the blind pick system in League of Legends, where each chosen champion is not shown to the other team until the game has started.

This is the biggest change to All Pick since it was reworked to become more similar to Captain’s Mode a few years back. This change should theoretically speed up the drafting process now that counterpicking is no longer viable—at least until the game reveals the picks at the end of the drafting phase. Before this change, pub players would pressure supports to pick first so that the cores would not get counterpicked, but now players can choose for any position at any time.

The change should also address the strength of the tenth overall pick, which would often go to the solo mid player of the team that has it. Now that the tenth pick has been merged into the fifth pick (on both sides), matchup-deciding hero selections should in theory be less of a problem.

Bans in All Pick have likewise been altered. In versions prior to 7.25, only half of the heroes nominated for banning would get banned at random, with the rest making it into the pool of available picks. Now, each ban has a 50-50 chance of happening, which means that the respective random number generator rolls are done individually.

Also, if a total of less than ten heroes are banned after the nomination phase, heroes will then automatically roll for bans based on the average ban rates of the game’s MMR bracket. This means that players have a moderate amount of control over which heroes are most likely to get automatically banned by the system, though whether or not this will be significant enough to be felt has yet to be seen.

All Pick wasn’t the only mode to get changed, though. Captain’s Mode has had its ban counts shifted again, with the first phase now having four bans instead of three. The second phase now only has one ban to compensate, with the third phase still retaining its own singular ban as well. Players with particularly small hero pools will likely be forced to expand their horizons by this change, or risk getting removed from the game should the opposing team choose to focus their bans on them.

Rubberbanding mechanics based on team net worth have also been reworked heavily. Prior to this patch, teams that were ahead were assigned a high net worth factor by the game, and would give up larger-than-normal sums of gold if one of their heroes died to the enemy team. After this patch however, only individual heroes will have rubberbanding factored in, and will no longer cause their teammates to also have increased gold bounties.

This means that killing supports that just happen to be on a team that has a massive net worth advantage won’t suddenly reward 500 gold if they get picked off. Instead, the team that’s behind in net worth will have to commit to ganking farmed cores if they want to take advantage of the comeback mechanics. To compensate for this, Valve has greatly increased the gold bounty for ending kill streaks, making it somewhat easier to stop heroes from snowballing straight out of control via a decisive pickoff.

As for the rest of the update, a long list of tweaks to items, heroes, and other general game mechanics is also included in the changelog. Check out the full details on the official Dota 2 website.