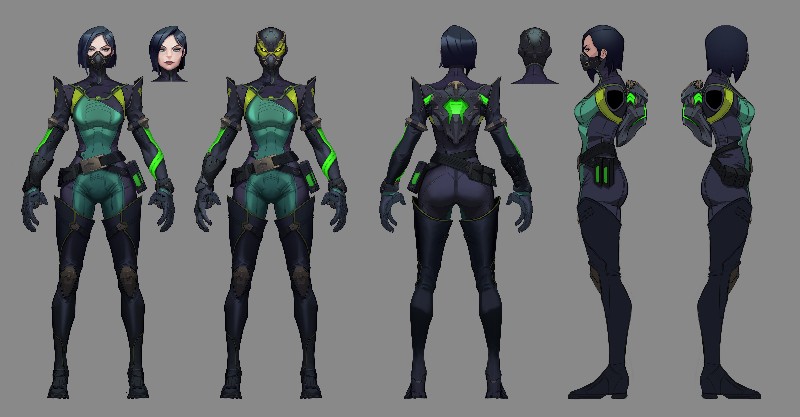 VALORANT is in mid-air. After taking the dangerous leap of faith that’s called “launch”, Riot Games’ tactical, character-based shooter is fluttering its young wings hoping to stay alive in the incredibly competitive arena of shooter video games. It’s a significant step for Riot Games. Of the announced projects at the publisher’s ten-year anniversary of flagship title League of Legends, VALORANT—still called Project: A back then—was arguably the largest surprise of the games in development. It completely left the universe of League of Legends behind, unlike card game Legends of Runeterra or untitled projects ‘L’ and ‘F’.

Now that VALORANT is out there, it faces a tough task. Gamers who predominantly play multiplayer titles have become used to their ‘game of choice’ releasing at least two or three impactful changes per year. All to keep that initial flame alive when you first fall in love with a game. While, at the moment, the landscape is wide open for VALORANT to keep its players entertained, Riot Games are very much walking a tightrope if it is their goal to have a successful title for years to come. For both regular gaming and VALORANT’s future as an esport, Riot needs to find a delicate balance with what they add to VALORANT, and how often they do it.

While Riot Games have repeatedly stated that the game revolves around shooting and abilities are primarily a utility tool—a promise questionably upheld too, by the way—VALORANT still is very much a character-based shooter. Setting up traps with Cypher, lining up toxic areas with Viper, or scouting with Sova gives rounds their flavor and lets players experience something new every match. And when upon launch Riot Games already introduced another agent, Reyna, they underlined once more that new characters are definitely part of the plan to keep players tied to VALORANT.

This isn’t a bad thing, per se, and it can go right for a long time. Blizzard Entertainment’s Overwatch, which strays away further from the classic shooter and leans more heavily into MOBA character design, initially launched with 21 different playable heroes, all with different primary fires, abilities, and Ultimates. Slightly half a year after launch, Overwatch started pumping out new heroes at a rate of three new characters per year. For a long time this went well, as there was still quite some design space to explore. But eventually, ‘ability overlap’ became a real issue.

It’s perhaps best illustrated by the characters who can provide a shield for their team. At the game’s launch, only Reinhardt could whip up a giant shield for allies to hide behind. Granted Zarya could shield herself and one other ally, but it paled in comparison. When Orisa joined just under a year after Overwatch’s release, another big shield entered the fray—she was meant as an alternative to Reinhardt. Fair enough. Then came Brigitte. Next in line was Symmetra’s rework, which gave her a map-wide monster of a shield. Finally, Sigma joined, also summoning a large impenetrable rectangle to hide behind. It had to happen eventually: a shield meta was born.

While all abilities can have their numbers adjusted to balance any particular meta, it became abundantly clear that eventually the edges of design space would have to overlap. Shooters have less leeway than MOBAs in this aspect, and run into problems sooner because of it. Even if you’re generous, this issue arose in ‘just’ three and a half years and Blizzard is now soft-resetting their character lineup with the upcoming Overwatch 2. In the meantime, competitive Overwatch ‘solved’ the issue with Hero Pools.

The developers haven’t made it easy for themselves by crawling into the niche between a full character-based shooter such as Overwatch and a more traditional shooter like Counter-Strike. Agents’ abilities are the only utility tools available in a round. Five of the 11 agents now in-game have an ability that obscures the vision of an enemy like a smoke grenade would. Four can blind or ‘near-sight’ an enemy, and three can summon a large wall to move around behind in order to outplay the enemy with positioning. All these abilities work slightly differently and have varying durations, but it’s not difficult to notice how razor thin the margins are.

There is simply little design space for abilities that serve a utility purpose. Some agents will have more utility than others, of course. Breach is a utility machine, while Raze is an almost infinitely small amount of a ‘scout’ with her Boom Bot—she’s mostly here to blow things up. But if it is Riot’s goal to have a longstanding game, they’ll eventually have to find a solution to the seemingly inevitable ability overlap as more agents are released. Already there have been complaints that rounds in VALORANT feel repetitive. Imagine how this will evolve when more characters with similar skills join the roster. Will Riot Games be forced to cycle agents? Not ideal considering players may have invested money to unlock them. At some point, there is no more room for new agents. 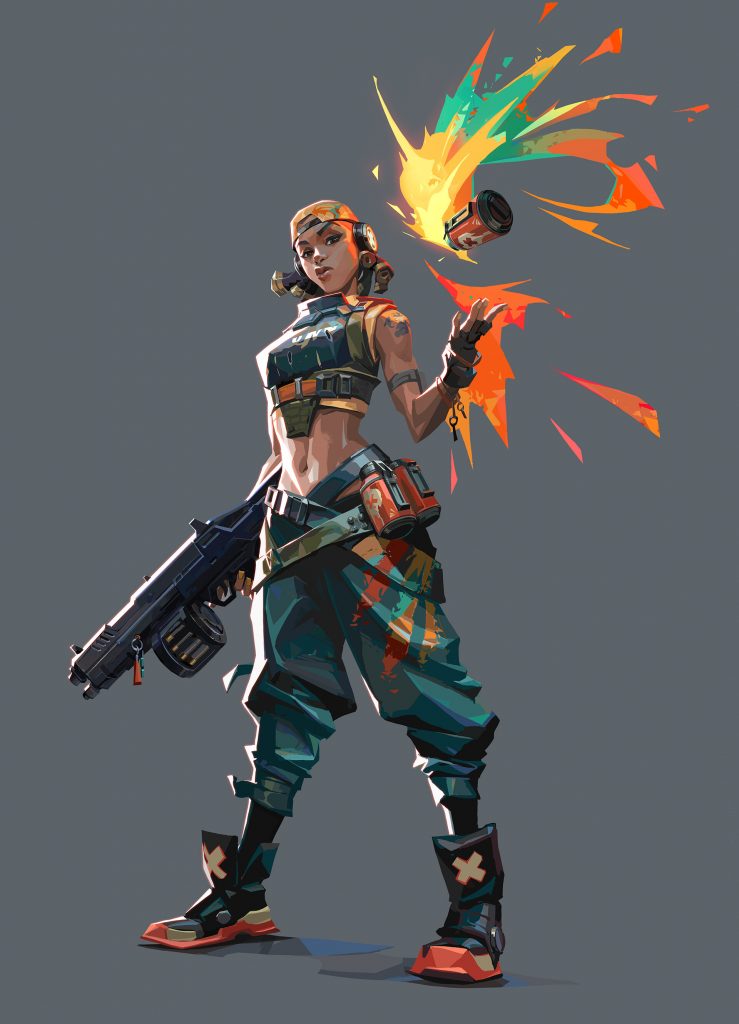 Give me a gun

Thankfully for Riot, VALORANT can do a lot more than just add characters to keep the game vibrant. On the other end in the shooter spectrum sits the decades old Counter-Strike series, where aim has been the name of the game since day one. While the series had several titles over the years, Counter-Strike: Global Offensive, the latest in the franchise, is closing in on its eighth birthday already. It is still one of the most-played shooters in the world.

It is undeniable that in-game events (Operations) and new or reworked maps have helped retain the audience for the majority of its existence. In more recent times, Valve joined the Battle Royale hype train with Danger Zone, and added character skins to customize the terrorists and counter-terrorists. But for the most part, the game has hinged on its robust, solid gameplay. Still, rarely was an announcement Valve made received with as much excitement as that of something so obvious for a shooter game: a new gun.

Oh THAT'S where we put that… pic.twitter.com/l3DeEouHYp

It’s territory chartered by many shooters. Apex Legends, Call of Duty, Fortnite…all have swapped weaponry in and out to provide players with new ways to master their favorite game. While it may seem like a small adjustment to replace a single gun, such a change can spawn completely new strategies and metas, giving players weeks of gameplay fun.

You don’t need to be a gun fanatic or an FPS player to understand that there are a lot of different types of weapons VALORANT can add to its arsenal. There are only two SMGs, shotguns, sniper rifles, and LMGs in the game. Introducing costlier and more powerful versions, smaller and cheaper versions, or plainly slightly different versions of such weapons can bring so much life to the game. With streamers and professional play leading the way, the VALORANT fan base can focus on what Riot continuously states is the most important factor to become the best in the game: gunplay. 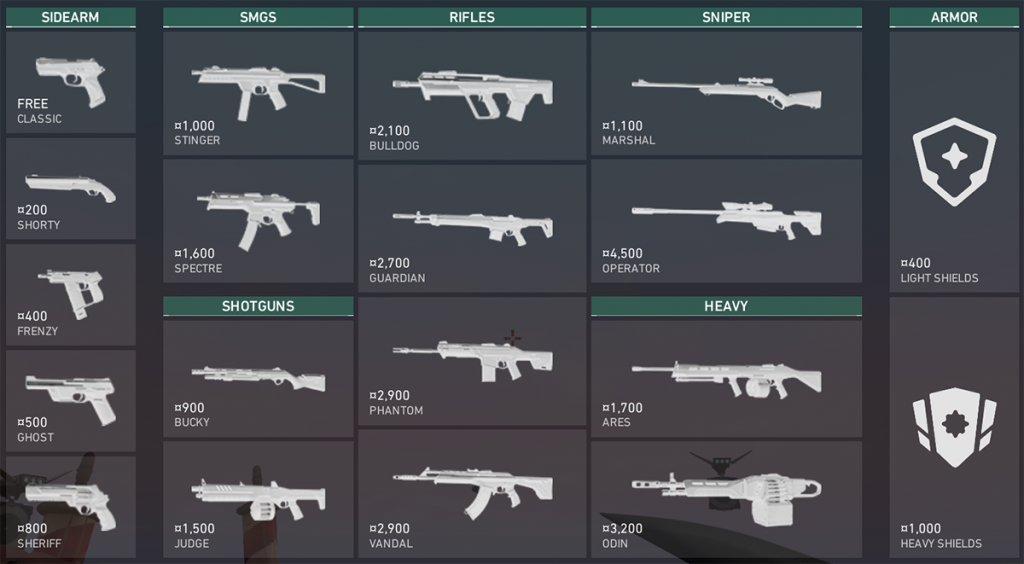 The longest path of innovation

Riot Games have committed to increasing their agent pool as time goes by. The model of the emperor of character-based shooter games, Team Fortress 2, which to date has over 70,000 players on a daily basis and sits in the top ten of Steam, has been deemed unfit. Instead of committing to a core of rock-solid characters, VALORANT’s universe needs to be expanded according to Riot, and there is nothing inherently wrong with that. However, it is a serious extra hurdle for the longevity of the game.

VALORANT is young and fresh. No doubt that Riot will expand their shooter with new maps, in-game events, and a whole lot more to not only attract new players, but also keep the existing player base satisfied with their experience. Still, there is a timer, put in place by the design choices Riot have made. If they want VALORANT to exist for years to come without needing the soft-reset Overwatch needed, the developers need to find the longest path of design innovation.

New weaponry is the easiest path to avoid character overlap, and hopefully the VALORANT developers tap into that source. When new agents are added, VALORANT should keep experimenting with utility abilities that go beyond smoke grenades and flashbangs. There are some great examples in the game already.

Perhaps then VALORANT can stick around as long as Team Fortress 2 (13 years), CS:GO (eight years), or their own, dear League of Legends, which still firmly stands as the world’s most popular MOBA after more than ten years.

Valorant
Share
Tom Matthiesen
Tom has been an esports journalist since 2015 and has taken an interest in a wide range of esports titles. More recently has fallen in love with League of Legends esports. In particular, the League of Legends European Championship.
Follow me