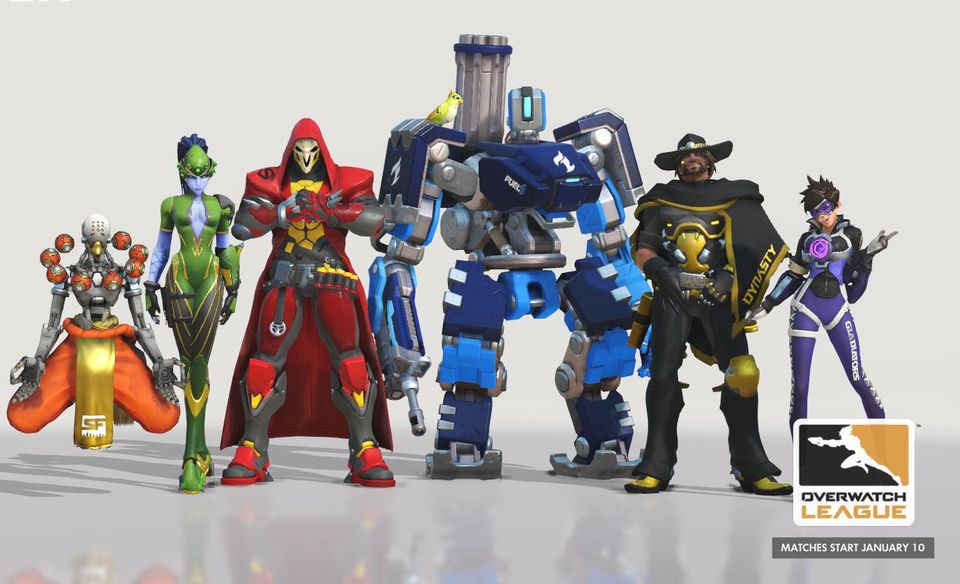 Instead of leaving it up to the teams, Blizzard itself will be rotating hero bans every week. (Photo courtesy Activision Blizzard)

Hero pools will be implemented in competitive play in early March and are designed to bring diversity to the competitive meta. Each week one tank, one support, and two damage heroes will be banned from selection each weekend. The heroes will be randomly selected from a group of heroes based on play data from the previous week.

According to the official announcement the purpose of the hero pools is to break the standard meta and add variety to strategy: “Our expectation is that a rotating Hero Pool for Overwatch League matches will foster a wider range of strategies and showcase more heroes in competition as players adapt and teams experiment with new compositions when some of the most-played heroes are no longer options.”

The introduction of hero pools will have a major impact on the Overwatch League as consistent metas have become the norm. The “dive” meta was popular in early 2018 before being overtaken by the “GOATS” meta throughout 2019. The introduction of hero pools will eliminate this reliance on established metas because using certain heroes more often will result in a few of those heroes not being available the following week. This will cause teams to adapt and overcome a different scenario each week which will result in more unique and varied gameplay.

There will also be hot fixes to heroes throughout the season to make sure there is always a balanced meta. In the official Developer Update Game Director Jeff Kaplan discussed how changes will be implemented: “Now we are going to balance more aggressively targeting the meta… which means some heroes might be buffed, some heroes might get changes to make them weaker, when that happens we might revert it a few weeks later.”

The combination of the hero pools and frequent updates will shake up Overwatch League matches and make players learn new strategies quickly.

Players have discussed a possible ban system for competitive matches where each team bans heroes, but this would likely have resulted in a set group of heroes being consistently banned. This would have little impact on the competitive meta as most professional teams would universally ban the most popular or overpowered heroes.

The introduction of hero pools ensures the upcoming season of the Overwatch League will not be a continuation of previous strategies and gameplay styles. Fans will observe teams adapting and learning each week, and see what team is able to be the most versatile.