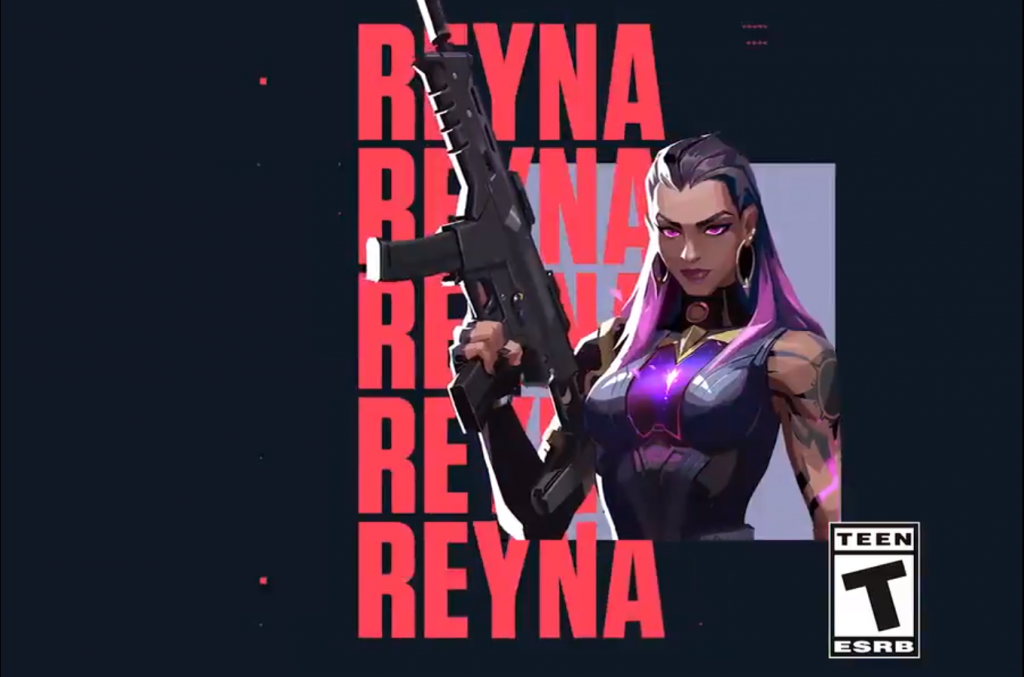 Reyna appears to be some type of psychic vampire, with the ability to absorb eliminated enemy souls (Image via Riot Games)

Riot Games teased the next VALORANT agent, Reyna, in a video released to Twitter. Reyna is a Mexican character whose name appears to be similar to the Spanish word for queen, Reina. She will be the 11th playable agent in Riot’s brand new tactical shooter, it is not confirmed if she will be available at launch or if she will be released later.

The trailer doesn’t show what her abilities are explicitly, but it appears that she is some sort of psychic agent who feeds her abilities off acquiring the souls of dead enemies. Some are comparing the character design to Sombra from Overwatch, because she wears purple and speaks Spanish. However, after even a cursory introduction to her abilities and character, it seems clear she is a lot more like Moira from Overwatch. The theory that she is some sort of psychic vampire is further supported by her comment in the middle of the trailer, where she said “All that, and I am still hungry” implying that she is indeed feeding on her enemies.

Throughout the trailer when she gets a kill, a purple orb appears where her enemy was, which she can absorb from a distance and use in various ways. It’s unclear how this mechanic works, but when she absorbed orbs, indicators for “overhealed” “healed” and “combat stim” appeared at the bottom of the screen.

Her signature ability is a dark purple orb with an eye encased in it. When she uses the orb she says “See nothing” which indicates its probably some sort of visual stun. The orb can pass through walls and appears to stun enemies who look at it. Unlike a flash grenade, however, the orb remains for a few moments and doesn’t seem to affect Reyna.

Although the trailer was the first look at the new agent in action, Riot has been teasing her over the past few days. On Tuesday, VALORANT Brasil released a video on Twitter which featured concept art for the new character, emphasizing specifically her purple eyes. With the release of VALORANT only a few days away, we can expect to hear more about this new agent in the very near future. It’s even possible the game will launch with the new agent, though nothing on that front has been announced.

VALORANT’s closed beta ended a few days ago. The full release of the game is scheduled for Tuesday, May 2.