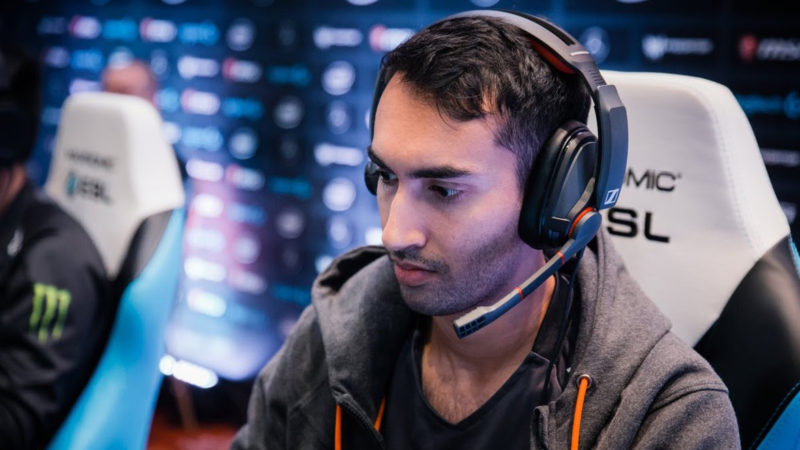 TI5 winner Saahil “Universe” Arora has announced through Twitter that he has decided to retire from competitive Dota 2. The 30 year-old was one of the oldest active players in the scene, and was widely considered one of the best offlaners in the world for the majority of his illustrious career.

“I have decided to retire as a player from competitive Dota 2. Whenever I do anything in life I tend to be an all or nothing type of person and dota was no different. For the past 10 years I have given everything I have to this game/competition and it was an incredible experience,” said Universe in a post on Twitlonger.

During his ten year career as a professional gamer, Universe was incredibly consistent.  He established himself as a world class player during his two periods at Evil Geniuses from 2013 to 2017. During this time Universe won the International 5 in style, with the legendary “$6 milion dollar Echo Slam”, and also finished top three at TI4 and TI6.

With Evil Geniuses, Universe won 15 international events, and during his entire career amassed winnings of over $3 million. Aside from being incredibly successful, Universe was also admired for his professionalism, setting a high standard for etiquette on the pro scene. His friendship with former team-mate Kurtis “Aui_2000” Ling also became a popular and wholesome meme in the Dota 2 community, giving him a reputation as an all-round nice guy.

Since leaving Evil Geniuses in 2017, Universe lent his experience to the likes of Fnatic, Quincy Crew and Forward Gaming, before joining forces with his former EG captain PPD at Ninjas in Pyjamas in September 2019. The team had modest results, but as a result of COVID-19, Universe officially left the team on April 8th, in order to “ensure continued practice and competition”.

“Now the time has come to pursue other interests and figure out what comes next,” said Universe. “Thank you to my fans and past teammates for the amazing memories I will never forget.”

Universe is the second player from the TI5 winning Evil Geniuses roster to call time on their Dota 2 career, with Peter “PPD” Dager also announcing his retirement April 20th.