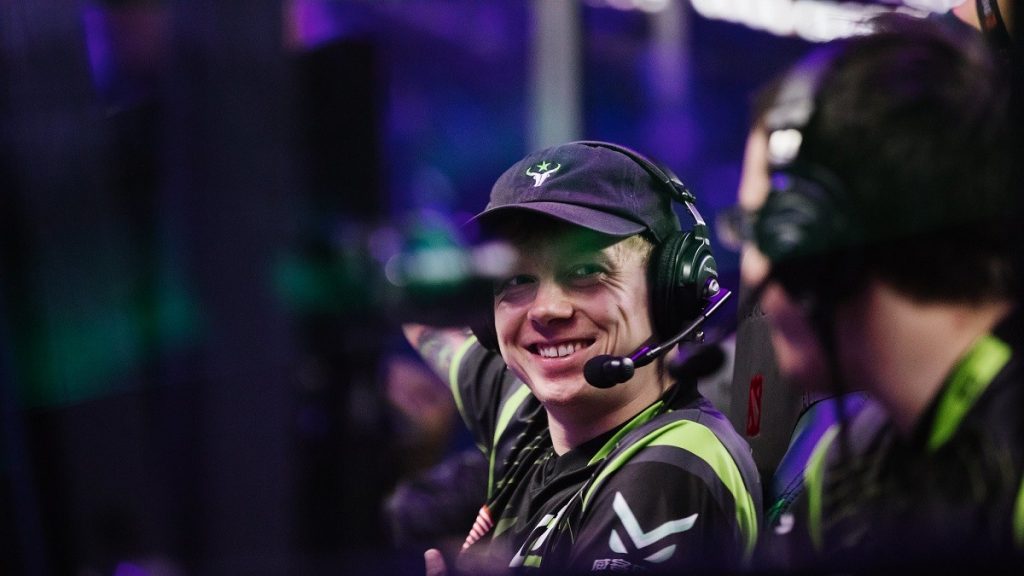 One of PPD's most notable team stints was with OpTic Gaming. (Photo courtesy Valve)

Rather unexpectedly, TI5 winner Peter “PPD” Dager, One of the scene’s most successful and iconic players has decided to retire from competitive Dota, stating in a social media post he was ready to move on.

In the post on Twitlonger, PPD said: “I’ve spent just about the entirety of my twenties competing in video game competitions and at this point in my life (almost 29) I’m looking for something else that I do not think I can find in my current position.”

PPD’s current position was captain of Ninjas in Pyjamas, a team who have undergone several roster changes as a result of the COVID-19 pandemic. The most notable of which was the departure of PPD’s TI5 winning team-mate Saahil “Universe” Arora on April 8th. Given PPD’s track record, his decision to retire comes as a surprise, especially with TI10 potentially still on the horizon.

PPD started his esports career in Heroes of Newerth, but truly made a name for himself after transitioning to Dota 2 in late 2013. His leadership skills caught the eye of Evil Geniuses, who recruited him and his team S A D B O Y S to represent the organisation in February 2014. Over the next 3 years under PPD’s leadership, Evil Geniuses were crowned world champions at TI5, and finished top 3 at TI4 and TI6.

It was during this period that PPD became an unofficial spokesperson for the pro scene. PPD garnered a reputation for calling out organizers on social media for subpar playing conditions or unfair competitive practices, triggering important discussions. Furthermore PPD offered fans a behind-the-scenes look at life on the road, recording and editing vlogs of his opinions and thoughts on Evil Geniuses’ performances and the events they attended.

After leaving Evil Geniuses following a stint as the organisation’s CEO in 2016, PPD went on to assemble several competitive rosters for both Optic Gaming and more recently, Ninjas in Pyjamas. PPD’s eye for talent saw him launch the international careers of many up and coming players such as Neta “33” Shapira, Quinn “CC&C” Callahan and Niko “Gannar” Lopez, giving them a chance to show their ability on the Dota Pro Circuit.  For PPD however, the competitive life is well and truly over.

“Today I find myself focused on personal growth rather than competition versus others and because of that I feel like I have lost the grit and ambition necessary for myself to be the competitor I’m comfortable being. I don’t feel bad about it as I believe change is healthy and I am eager to do something amazing and new in my 30’s. I will be forever grateful for the people who believed in my abilities and saw the potential that I always believed I had no matter how objectively poor things may have looked in any particular moment.”

During his time as a competitive Dota 2 player, PPD earned $3 million in prize money, making him the 14th highest earning esports player of all time. While a controversial character, PPD has been a massive figure in the game’s history, and his retirement will come as a disappointment to many fans.

“I want to thank all of the fans and players of Dota 2 whether you liked me or not for the amazing world you created and allowed me to exist in.”