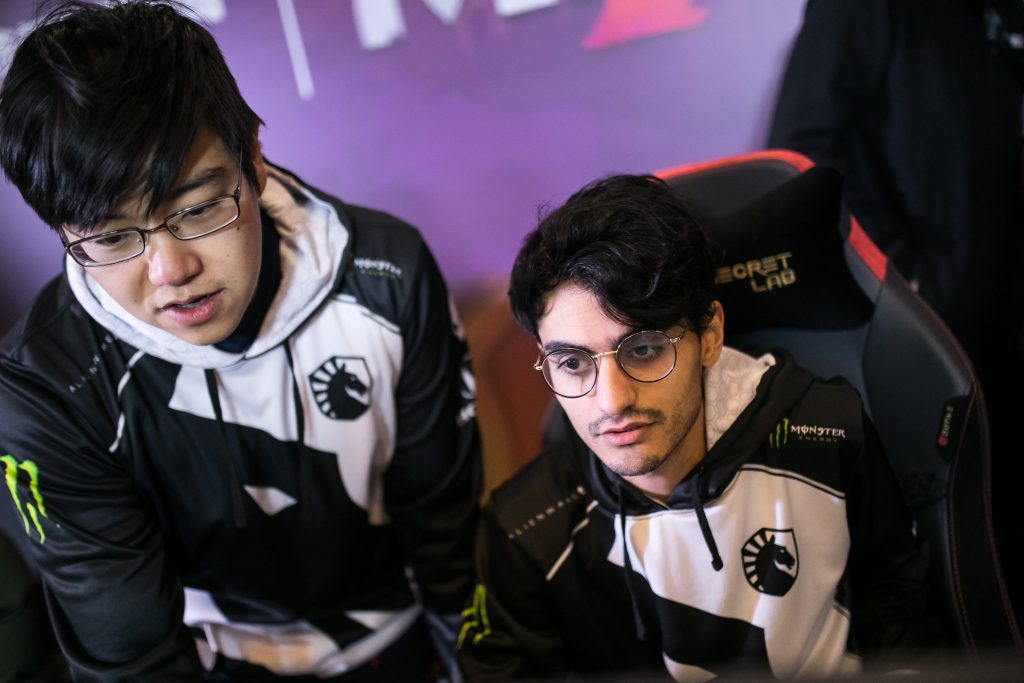 Team Liquid continues to struggle, as they bowed out early at the ONE Esports Dota 2 World Pro Invitational Singapore (Photo via Team Liquid)

Groups stages for the ONE Esports Dota 2 World Pro Invitational Singapore are finished, and there are a few surprises in the Playoff bracket.

After 60 games across two days, our expectations have been firmly shattered, as we’ve watched the likes of Virtus.pro and TNC Predator underperform, while Team Secret and Alliance have surged to the top. What’s more, we’ve said goodbye to some huge teams, in a shocking set of results.

Alliance and Evil Geniuses were the runaway best performers of the group stage. For Alliance, both carries are clearly developing into a cohesive unit. We’ve known that Nikolay “Nikobaby” Nikolov is the star of this squad for some time now, but the rapid development of Linus “Limmp” Blomdin into a similarly top-tier player has been a pleasant surprise. Alliance can now comfortably rely on either of its cores to win the game for them.

thats how i make my viper a monster pic.twitter.com/6AbfR77KYs

EG once again are playing like the team they’re expected to be. After a respectable finish at the MDL Chengdu Major, the team seems to have clicked and is playing the kind of high-level Dota we expect from a lineup with this pedigree.

Similarly, it’s good to see Team Secret on top form. The squad seems to have not missed a beat, despite its absence from the first Major of the year. Coming into this tournament, there were questions about whether this squad would perform given the absence of one of their starting players and the general rust of their team. However, even with Yeik “MidOne” Nai Zheng acting as stand-in, it seems like nothing can slow down the ambition of Clement “Puppey” Ivanov and his team.

We secure our spot in the Playoffs at #ONEDota2 and advance on to play tomorrow in the Upper Bracket! 🇸🇬#SecretDota #SecretFighting pic.twitter.com/1sF9Z5zEAA

One name we didn’t expect to see in this upper bracket was Gambit Esports. The CIS team always seems to do well in the non-DPC tournaments. Perhaps the lack of pressure lifts their spirits? But whatever the case, the team has looked incredibly solid. While only able to take home draws on the second day, on Day One, the squad thrashed inter-regional rivals Natus Vincere, as well as a weak-looking Team Liquid. The squad will have their biggest challenge tomorrow though, as they attempt to keep their spot against an almost undefeated Alliance team.

Rust, a new patch, and an overall stacked tournament has left us with one of the most dangerous-looking Lower Brackets in recent memory. The lineup for this first round could easily have been an Upper Bracket in any other tournament. After two days of games, we’re set to watch Natus Vincere take on CIS rivals Virtus.pro, while Vici Gaming takes on reigning tournament champs TNC Predator.

We have secured a place in the ONE Esports Dota 2 World Pro Invitational Singapore playoffs!

This is perhaps such a surprising set of teams because none of them performed particularly badly. All played within the confines of the patch and took wins off of some of the upper bracket squads. Virtus.pro in particularly barely missed out on an upper bracket placing, in part because of Team Aster playing an upset role. Thanks to the draw handed to them by the Chinese team, VP fell a single place in the table and will face Na’Vi in the first match of the lower bracket.

TNC Predator, on the other hand, is a little shaken. Previously the most dominant team in professional Dota 2, the squad had won two straight tournaments and was set to make this a third. In the wake of the 7.23 patch, however, TNC are slow on the uptake. The carry mentality of Armel Paul “Armel” Tabios has fallen flat in the face of the Aghanim’s Scepter rush craziness of the current game. This team will have to recover fast if it hopes to beat an equally dangerous team in Vici Gaming.

But perhaps most surprising of all results have been the eliminations. There are some notable names, chief among them Team Liquid. The squad has looked disastrously bad during the tournament, winning just a single game against an equally poor PSG.LGD team. Honestly, TL doesn’t look like it has a grasp of the new patch. Or at least playing on it against top-level teams. Some of their picks, seem practically archaic, while others show a knowledge of the early strengths of the patch, but not the most recent updates. Their Lycan selection against Gambit, in particular, was very questionable, especially as they were picked apart by a Drow Ranger.

❌ These teams have been eliminated from #ONEDota2 and will NOT be in the playoffs! 😱

Similarly, LGD look incredibly lost. For a team projected to win their entire group by some analysts, there was nothing of the squad that in the past year has been one of the most dangerous squads in China. Instead, we had a team that was very good at making mistakes as quickly as possible. While principally their drafts were solid, nothing of the stack’s performance inspired confidence in their ability to play on the new patch.

These two shock eliminations come with two more predictable absences. J.Storm and Team Aster are out of the tournament. J.Storm has now failed to reach their potential in almost every tournament they’ve appeared in since The International 2019. Meanwhile, Aster have firmly cemented themselves as king of the second tier of Chinese teams, and not yet able to compete in a tournament with this calibre of talent.

The remaining eight teams head on to the playoffs, which start tomorrow from 10am local time (SGT). Catch the remaining games on ONE Esports series of Twitch streams, and keep an eye peeled on Hotspawn for our continuing coverage.