Super: “We Knew We Were the Better Team” 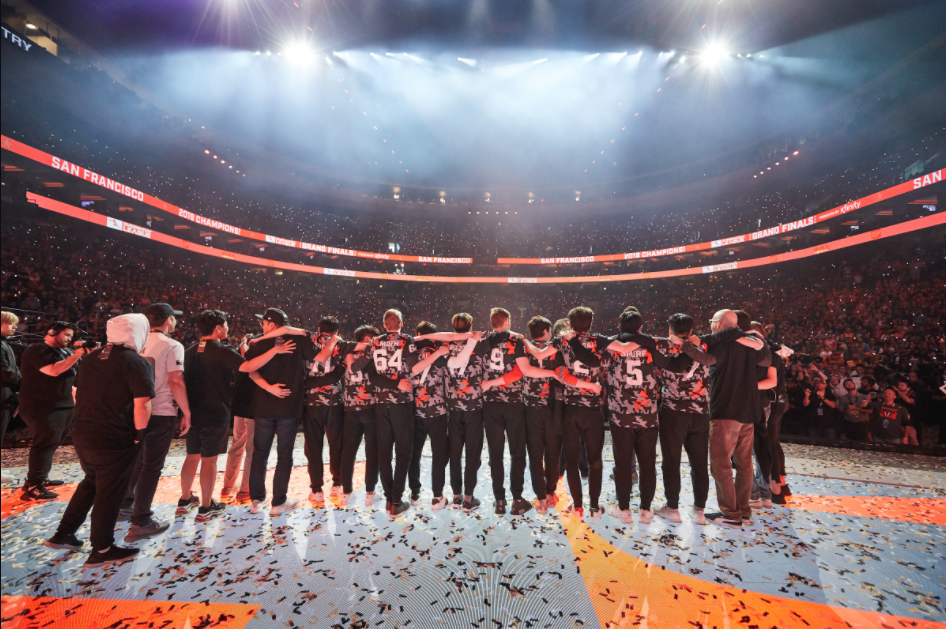 The San Francisco Shock won their second title in a thrilling win over the Seoul Dynasty on Saturday. (Photo Courtesy Robert Paul for Blizzard Entertainment)

The mood was jovial during the post-Grand Finals press conference for the San Francisco Shock. Hyobin “Choihyobin” Choi shyly refused to answer questions until the very end, even as his teammates urged him to participate. Grant “moth” Espe was deadpan staring into the camera a la The Office as Matthew “super” DeLisi rambled about how much of a “freak” he is. Of course, the Shock had every reason to let laughter fill the room. After a season waylaid by the grim reality of COVID-19, the team had emerged victorious again, claiming their second straight OWL title.

It wasn’t necessarily the raucous celebration that came after their 2019 championship, perhaps due in part to exhaustion. Their hard-fought 4-2 victory over the Seoul Dynasty was a far cry from the sweep over Vancouver a year ago in front of a packed arena in Philadelphia.

Super explained the differences between the two: “Last year’s was a lot more emotional because it was in my home city and it was our first championship.” Shock GM Chirs Chung added, “It kinda doesn’t feel like we won because we’re just in a room.” It may not have had the pageantry of past Grand Finals, but this year did deliver one of the most entertaining series the league has ever seen.

Leading the charge for the Shock throughout the Grand Finals Weekend was super, the eternal font of bravado from which San Francisco’s sky-high confidence springs. After the departure of Jay “sinatraa” Won from the team earlier this year, super was left to bear the mantle of vocal leader within the Shock.

Despite spending much of the year riding the bench as his signature Reinhardt vanished from the meta, super remained an important presence within the team for how he hyped up teammates, always assuring them that they had what it takes. In the playoffs, he found himself returning to the lineup at the perfect time. The Shock were facing their toughest challenge yet, and his influence would prove crucial in the biggest moments.

After the Shock jumped out to a 2-0 lead over the Dynasty, it appeared that San Francisco might cruise to another title. Instead, Seoul answered back, taking the next two maps and ending the Shock’s two-year, 18-map win streak on Hanamura in the process. They’d forced the Shock out of their comfort zone and were building momentum for the comeback.

With the series tied, who else would be the one to rally the troops? “Super was the leader,” said last years Finals MVP, Choihyobin. “Super was the one keeping up the team’s mentality, saying ‘We got this’.”

“That’s what I repeated through the whole finals. We knew we were the better team,” elaborated the Shock captain. “Whether they believed it or not, I convinced them of it because I just kept drilling it into everybody’s heads.” 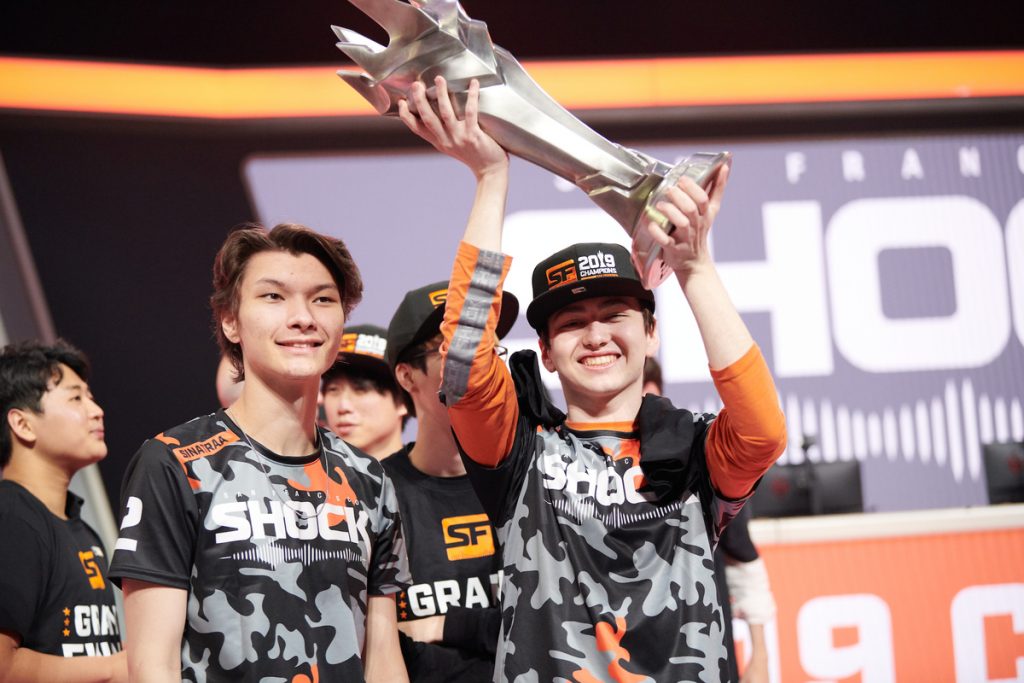 Super’s contributions extended far beyond simply instilling confidence in his team. By the time the Grand Finals commenced, the meta had solidified around the Sigma/Roadhog tank duo. In the past, both heroes would have been played by the ever-flexible Choihyobin.

When his team needed him, super expanded his hero pool and picked up the Roadhog. There were doubts surrounding super’s ability to play the hero at the highest level, especially going up against Jaehui “Gesture” Hong. Seoul’s superstar tank had already proven himself during the regional playoffs and shown that he could be a strong carry for the Dynasty.

When asked about the concerns over his Hog, super smiled broadly. “I was really hoping someone would ask me something like this,” he said. “I took note of what people were saying that Gesture’s Hog was gonna be better than mine. I’m not saying he had a bad Hog, but I took it as motivation.”

“I would imagine myself, how much I wanted it and how much I knew I could perform at a higher level. Then I thought ‘What if Gesture was thinking the same thing.’ I got myself in an endless cycle where I can’t let someone else have a mentality where they wanna beat me more than I wanna beat them. It’s probably unhealthy. I consider myself a freak in that aspect.”

If super was the commanding officer in the heat of battle, NamJu “STRIKER” Gwon was the tip of the spear. During the Grand Finals Weekend, he was among the Shock’s most consistent performers and stepped up in a big way against the Dynasty.

Like super, STRIKER found himself on a slightly unfamiliar role down the home stretch. As double-sniper compositions became the norm, STRIKER was the one to pick up Hanzo while playing alongside Seonchang “ANS” Lee’s extraordinary Widowmaker.

Of those two, you would have expected ANS to have the bigger impact from long range, given how he’s distanced himself from the pack when it comes to Widowmaker in 2020. ANS definitely had his moments of brilliance – there was never any chance he wouldn’t – but the Shock rookie said that he was under the weather during the Grand Finals. 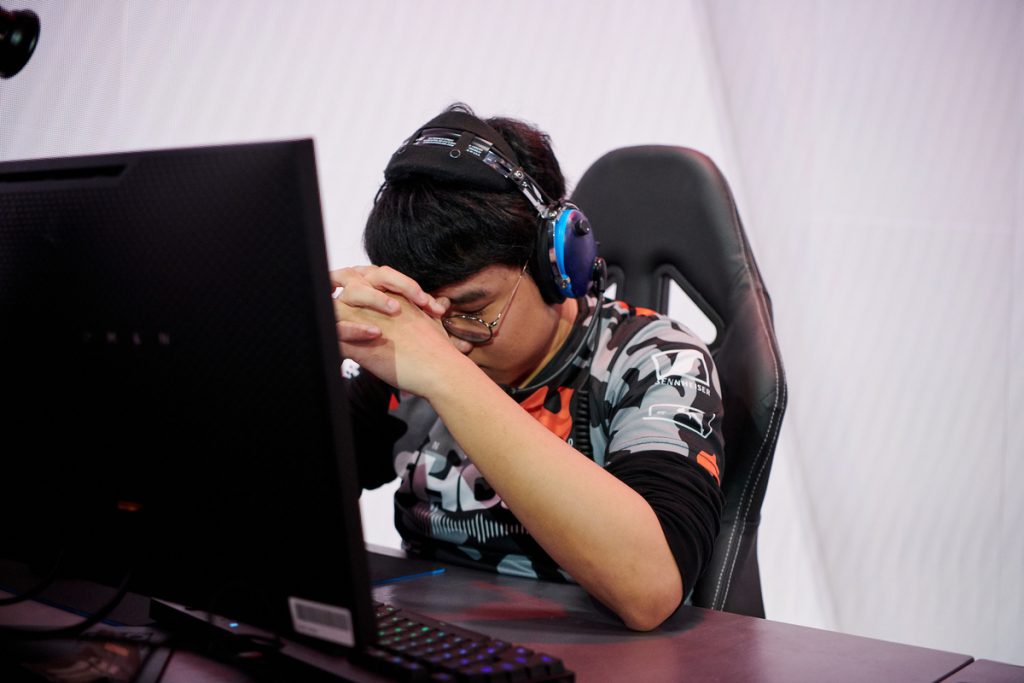 With a slightly diminished ANS, San Francisco need STRIKER to be at the top of his game. He managed to go toe to toe with Junyoung “Profit” Park and matched him every step of the way.

Where STRIKER made his biggest impact, however, was on Control maps where he got to unleash the Tracer that made him a season MVP contender back in 2018. The Shock played six control maps over the course of the Grand Finals Weekend and STRIKER led them to victory on each and every one.

With a Finals MVP under his belt, STRIKER is fully solidified as one of the league’s truly elite DPS talents. In two years with the Shock, he’s proven himself as a clutch performer in both their title runs.

It’s a vindication of STRIKER and his decision to join the Shock based on his relationship with Head Coach, Daehee “Crusty” Park. “I followed Crusty because I trusted him and think he’s the best coach in the league,” stated the newly minted Finals MVP. That faith has now been rewarded with two titles and a one hundred thousand dollar bonus that STRIKER said is going towards a new car for his father.

“This MVP award was for a player that has a strong mentality,” Crusty commented. “Striker didn’t have a strong mentality in the beginning, but over the years as he became integrated with the team, he has become a great teammate and a leader for the team.”

Mere moments after the Shock closed out the series, super was already laying the groundwork for his team’s legacy. He was quick to declare the Shock the greatest Overwatch team in history, which they undoubtedly are at this point, but even went so far as to suggest they belong among the greatest esports teams of all time. That might be a bit premature, but San Francisco’s achievement here cannot be minimized.

Not only have the Shock won back to back championships, but they’ve done it in dramatically different ways across two seasons that scarcely resemble each other in terms of format, environment, and even the fundamentals of the game. They’ve also seen their roster evolve since last year, bringing in new faces like ANS, Sean “Ta1yo” Henderson, and Juseok “Twilight” Lee while also withstanding the loss of mainstays sinatraa and Minho “Architect” Park.

“Obviously it was very emotional when we lost sinatraa and Architect, but the next day these players just came to work. It was as if nothing happened,” praised Chung. “That’s something that’s very hard to have, for every player to be on the same page that way. It’s just the right pieces at the right time.” 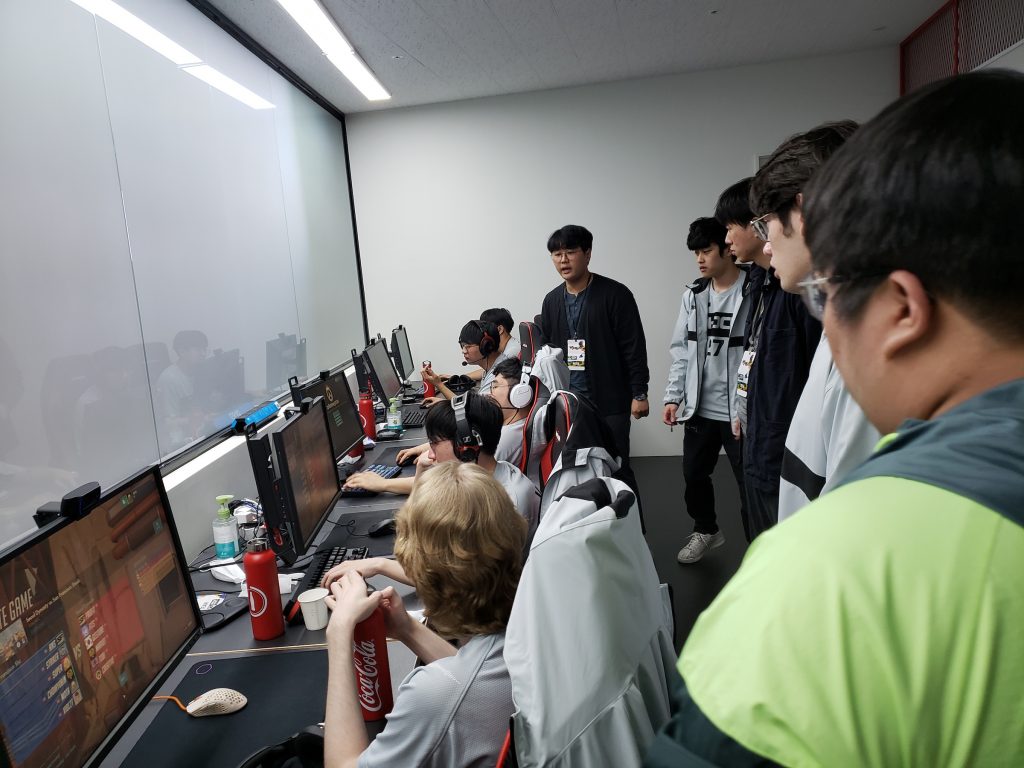 The Shock have created a system under Crusty that can seamlessly integrate an abundance of talent into a cohesive unit where every member is content to play their role. “I’m really blessed to have an amazing coaching staff, and most of all, amazing players that are willing to follow,” added Chung.

It’s that willingness to follow that has brought the Shock to the mountaintop once again. Given their individual prowess, it would be easy for the Shock players to develop the kind of egoism that can cause problems. Instead, players like super and STRIKER have been more than willing to take a smaller role if it means the team thrives.

It’s a fine line between confidence and ego, and the Shock have managed to walk it masterfully on the way to two titles. They avoid the ego by trusting in Crusty’s vision and sacrificing for the greater good of the team. As for the other side of the line, super knows exactly what lesson the Shock have to teach us: “I feel like you just have to have that confidence if you wanna be a winner, because otherwise I feel like you’ve already lost. “