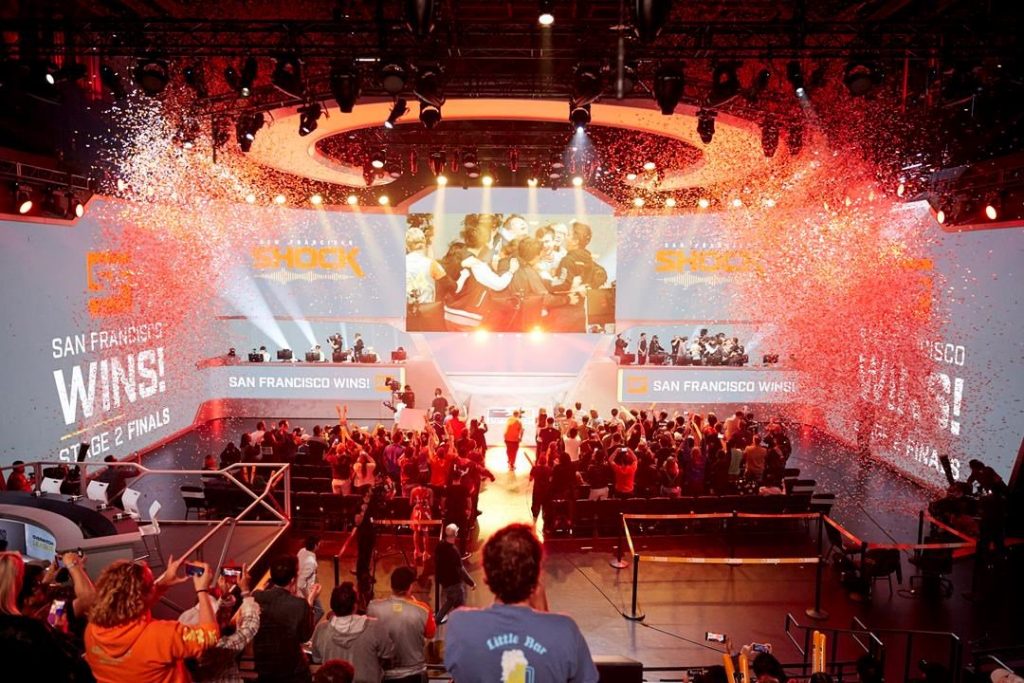 The Overwatch League Season Two Grand Finals were a spectacle to behold.

The event featured a live performance from world-class DJ Zedd, a massive venue at the Wells Fargo Center in Philadelphia, a prize pool of US$1,100,000 and two of the best teams the world has to offer. It was the longest match win streak versus the longest map win streak, the Season Two MVP versus the Rookie of the Year.

This match had everything needed to create an epic Overwatch experience, and the San Francisco Shock and the Vancouver Titans did not disappoint.

Map one was Lijiang Tower.  Vancouver had, thus far, taken every first map in the postseason.

Jay “Sinatraa” Won’s signature Doomfist and Hyo-bin “Choihyobin” Choi’s Sigma had other ideas for the Titans. Choihyobin’s clutch Accretions and Sinatraa’s fantastic pick-making made easy work of Point A for the Shock. Point B was a closer contest, with Vancouver taking 97% of the second point, courtesy of Hyojong “Haksal” Kim and Min-soo “Seominsoo” Seo’s DPS handiwork. However, Sinatraa and his team came back with a vengeance, securing Point B with a clean 100% hold to give the Shock an early 1-0 lead.

Eichenwalde would prove to be drastically different and far less of a one-sided affair.

Minsoo and his Reaper spearheading us into a 3-3 on Eichenwalde! LET'S GO! #ForceOfNature #OWL2019 pic.twitter.com/ZeOZwt44t0

The Shock and Titans finished the first round with a 2:49 and 2:47 timer respectively, with the Titans set to attack first in overtime. Minho “Architect” Park’s dominant Bastion play would prove to only narrowly be superior to Seominsoo’s Reaper, giving the Shock a 2-0 lead going into map three.

The Titans kicked off Temple of Anubis with a lightning-fast Point A capture and looked deadset on snowballing into the second point.

However, thanks to some heroics from Grant “Moth” Espe’s Lucio, the Shock managed to hold off the Titans until the 1:34 mark. The Shock’s offense was a bit shaky to start, but come overtime on Point A, they managed to find the breakthrough they needed to not only capture Point A but also roll through Vancouver’s Point B defense for a blistering 2:12 take.

Overtime was decided by some play-making Reaper action from San Francisco’s Nam-joo “Striker” Kwon, who carved a path right through the defense to secure an easy 3-0 lead for the Shock.

The fourth and, surprisingly, final map was Watchpoint: Gibraltar where San Francisco swapped in their dynamic DPS duo of Architect and Dong-Jun “Rascal” Kim for what would be an epic finale to a star-studded series. The Shock’s combination of Bastion and Mei proved far too much for the Titans’ defense, with Gibraltar falling to San Francisco with 1:52 left in the bank.

For defense, the Shock switched their Mei out for Rascal’s signature Pharah, which helped them keep Point A on lockdown for several minutes before the Titans eventually broke through. Vancouver made an excellent push through Point B and nearly made it all the way through the final Point before Architect’s Bastion and Choihyobin’s Sigma set up shop on the point to deny the Titans a shot at redemption and to claim their place as the Overwatch League Champions.

Lift that trophy high! You deserve it, @SFShock!! #OWL2019 pic.twitter.com/ddu9WHomfh

The match had several notable players, from the obvious highlights in Season MVP Sinatraa and Rookie of the Year Haksal, to the silent anchors like Moth and Jooseok “Twilight” Lee. However, none proved more worthy of series MVP than San Francisco’s Sigma specialist Choihyobin. His exceptional play-making and pinpoint accuracy on the hero earned him not only applause from the fans, but the respect of his fellow competitors as well.

The San Francisco Shock have become the Overwatch League’s Grand Champions, and their Season MVP Sinatraa summed up this match best: