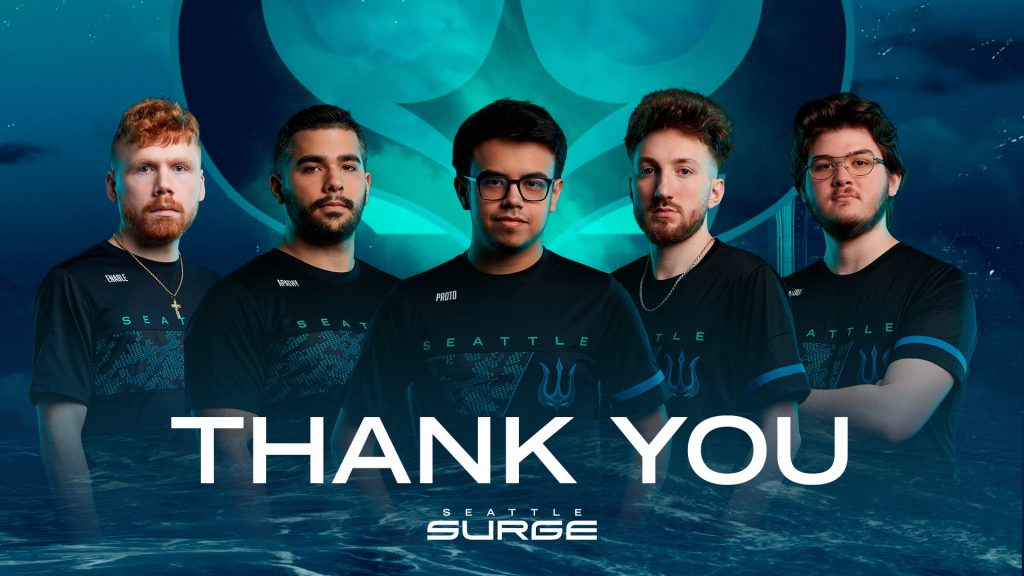 You helped us start our journey and we are excited to see where yours takes you next.

Thank you @Enable, @Apathy_BZ, @Proto626, @Slacked, @CaseyPandur, and @TeddyRecKs for representing the Seattle Surge during our inaugural season.

We wish you all the best of luck. 💙 pic.twitter.com/UqZfGNIagv

The Seattle Surge had a rough time in the inaugural Call of Duty League season and finished in 11th place. They were the first team to be eliminated in the playoffs and were sent home by the Paris Legion. The team’s core roster was changed multiple times throughout the regular season with the most significant change occurring when Damon “Karma” Barlow retired from professional Call of Duty. Proto replaced him in the starting lineup, but the team struggled to find their stride.

Several of the players leaving Seattle have established themselves as some of the best Call of Duty players in previous titles. Enable formerly played for 100 Thieves, where he helped his team secure second place at the 2019 Call of Duty World League Championship. He was also a talented Halo professional before switching to Call of Duty later in his career.

Apathy is another talented player who won world titles in 2016 and 2019 and made it clear that he is ready to redeem himself in the 2021 season.

I'm an Unrestricted F/A for the 2021 CDL Season. I have to redeem myself, after what happened this year. It's unacceptable to me.. Winning is priority over everything, I will give 110% everyday. With that being said thank you @SeattleSurge for everything this year. We keep moving

Slacked and Proto also have years of competitive experience, and Pandur proved he was a talented player when he was subbed into the starting lineup during the regular season.

The only player remaining on the Seattle roster is Sam “Octane” Larew who the new team will likely be built around.

All players released from Seattle are free agents going into the Cold War season and will likely try to find a spot on another team. This is the second drastic change of the season as the Toronto Ultra recently dropped the majority of its Call of Duty roster. Other teams will likely make drastic adjustments to their rosters in the next few weeks.