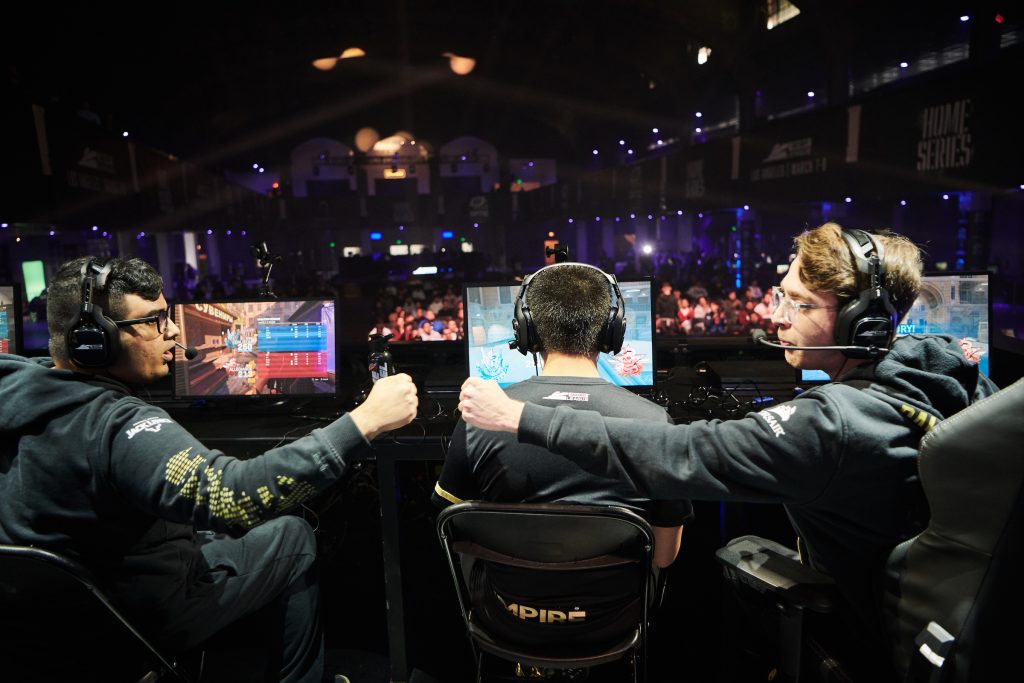 The inaugural Call of Duty League playoffs featured all 12 teams fighting for their spot in the Championship Weekend. Some teams went home early while other teams fought tirelessly to try and make a run for the title.

Four teams made it to the Championship Weekend, but it was not an easy path for all of them. The Chicago Huntsmen were almost eliminated by OpTic Gaming Los Angeles in an intense five-match series that ended in round 11. The London Royal Ravens secured a top-four placement after fighting their way out of the loser’s bracket and sent home two teams in the process.

Dallas and Atlanta easily won their matches and will face off in the Winner’s Finals, and the loser will face the winner of the fifth elimination round. Despite most teams meeting their end in the playoffs, almost every match was intense and entertaining.

The rise and fall of OpTic Gaming Los Angeles

OpTic Gaming surprised the world with their impressive performance during the playoffs. They started in the losers bracket but managed to fight their way out and make a run for the title. They were unable to make it to the final four, but they did send three other teams home during their rampage.

OpTic faced the Los Angeles Guerrillas in their first match of the weekend to finally establish which team is the best in LA. The Guerrillas started the series off with a 250-217 Hardpoint win, but OpTic immediately answered back with a 6-4 Search and destroy victory on the second map.

With momentum on their side, OpTic Gaming took the lead in the series with a close 169-155 Domination match and were looking to close out the series with a 3-1 victory. However, it would not be that easy as one OpTic player experienced connection issues in game four.

Kenneth “Kuavo” Williams lagged out during the fourth match, which put OpTic at a disadvantage and forced the series to game five. Brandon “Dashy” Otell filled in for Kuavo in he fifth map and proved he is still one of the best players in the game.

Whoever is booting me, your life sucks.

The final Search and Destroy match went back and forth, but OpTic secured their victory and sent the Los Angeles Guerrillas home in the 10th round. Dashy hit three snipes in the final round of the match and clutched up for his team when they needed it the most.

OpTic went on to face the Minnesota ROKKR, who were knocked out of the winner’s bracket by the New York Subliners. Minnesota could not find their groove and suffered a 3-0 defeat in their final series of the season.

Many thought OpTic would meet their match when they faced the Florida Subliners after they were sent to the third elimination round by Toronto, but the Mutineers were unable to stop the slaughter.

OpTic defeated Florida in the first Hardpoint match by 35 points and continued their domination in the second match with a 6-1 Search and Destroy win. Florida attempted to force a map four and almost win a Hackney Yard domination match, but OpTic came back in the last 30 seconds and won by four points. This marked the end of the season for Florida who entered the playoffs as the fourth seed.

OpTic needed to win one more match in the loser’s bracket to make it to Championship weekend, but they would need to make it past one of their biggest rivals: the Chicago Hunstmen. Many consider the Hunstmen to be the “old OpTic” as several players and staff were formerly a part of the organization before the League franchised this year. This has caused fans to pick sides and form intense loyalties which made this match even more exciting.

The series started off with an intense Gun Runner Hardpoint match that went down to the wire. Thre Huntsmen narrowly secured the win by nine points and moved on to Gun Runner Search and Destroy.

OpTic Gaming tied the series with an impressive 6-4 Search and Destroy win and turned the tides in the third match where they won a Domination match 160-134. Chicago was not ready to go home yet, however, and forced a fifth match after winning the second Hardpoint match of the series.

The final Search and Destroy map went to round 11 as each team traded round after round. OpTic managed to get first blood in the final round but were unable to capitalize on it as the Huntsmen brutally held the B bombsite. Envoy put the nail in the coffin for OpTic with a final kill on Thomas “TJHaly” Haly and secured Chicago’s spot in Championship weekend.

Chicago @Huntsmen win one of the WILDEST series in Call of Duty history over @OpTicGaming LA, they have booked their ticket to Championship Weekend!#BeTheHunter | #CDLPlayoffs | #CDL2020 pic.twitter.com/NfwlidFmbS

OpTic gaming may have not made it to the finals, but they still had an impressive run in the loser’s bracket and sent three other teams home. The exited the tournament with a top-six placing and a $300,000 prize.

Other teams meet their end

The Seattle Surge was the first team to be eliminated from the CDL playoffs after the Paris Legion delivered a brutal 3-0 defeat. Denholm “Denz” Taylor made it clear before the playoffs that his team was not worried about their match against Seattle, and their ability to clutch secured their advancement in the playoffs.

Paris was not able to recreate their success on the second day of playoffs as the London Royal Ravens sent their European rivals home with a 3-1 victory. London was sent to the loser’s bracket by the Toronto Ultra in the first match of the playoffs and experienced connection issues during their match. Trei “Zer0” Morris lagged out in map four which set them back and made it easier for Toronto to win the series.

London did not let this discourage them and went on to face the New York Subliner’s in the third elimination round. New York defeated Minnesota in their first match 3-1 but fell short against Chicago who defeated them in a game five series.

New York once again forced the series to game five, but London ultimately sent them home after dominating them 6-1 in the final Search and Destroy map of the series. London had the chance to redeem themselves against Toronto who were sent to the fourth elimination round after losing to the Dallas Empire.

The first match between Toronto and London was a slugfest, but Toronto ultimately won the Hardpoint map by 20 points. This would be the highlight of the series for Toronto unfortunately, as London won the next three maps and sent them home.

The Dallas Empire and Atlanta FaZe entered the playoffs in the first and second seeds and had little trouble defending their territory. Atlanta defeated the Chicago Hunstmen 3-2 and forced them to fight their way out of the fourth elimination round. Dallas also defeated Toronto 3-2 and sent them to their death against London.

Dallas player Anthony “Shotzzy” Cuevas-Castro also received the MVP award for the inaugural Call of Duty League season after establishing himself as one of the best players in the League.

Both teams will face each other in the Winner’s Bracket on August 29th, and the loser will have to face the winner of the fifth elimination round. 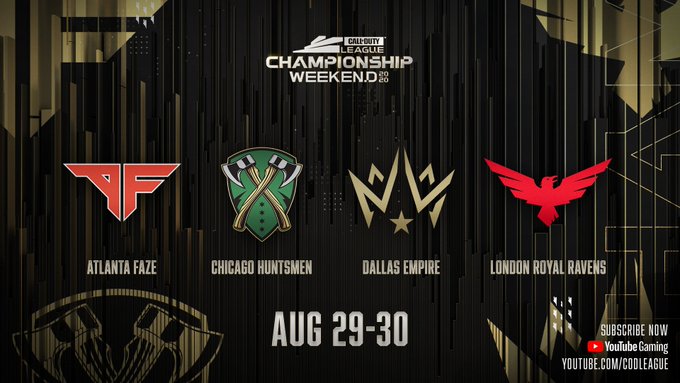 The Dallas Empire and Atlanta FaZe will compete in the Winner’s Finals on Saturday, August 29th, at 2:30 CT. The London Royal Ravens and Chicago Huntsmen will face off for their chance to play the loser of Winner’s Final while the other team will be sent home. The two remaining teams will play in the Championship match on Sunday, August 30th, at 3:00 CT. You can watch the action live on the official Call of Duty League YouTube channel.