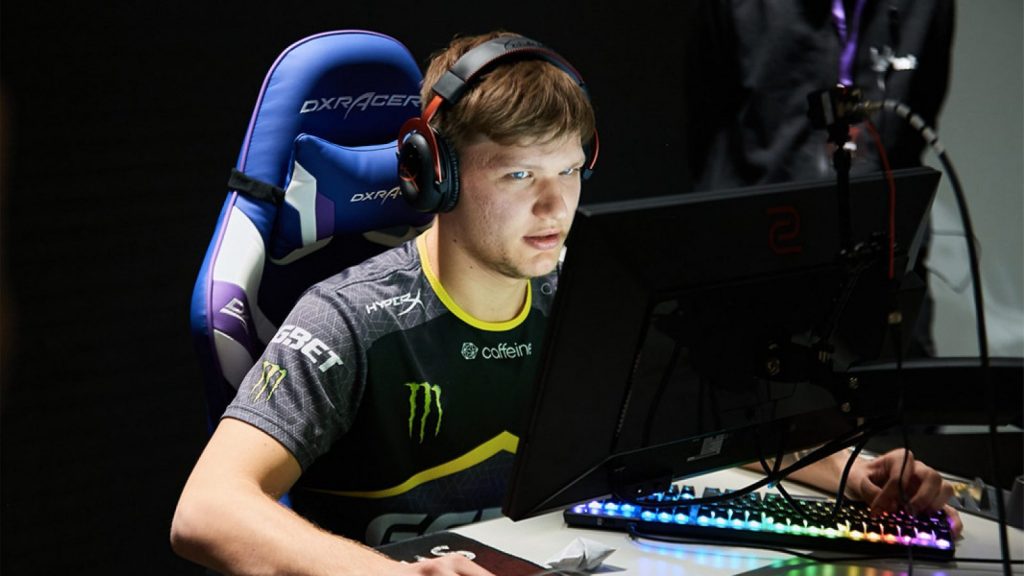 s1mple has simply had an amazing career. But even his best individual performances weren’t enough for Na’Vi. (Photo courtesy ESL)

A heavy set of shoulders feel even heavier when the person they belong to climbs higher and higher. And they don’t feel any heavier than when the satisfying peak is denied. No one has been a more consistent carry in Counter-Strike than Natus Vincere’s s1mple in his past four years with the organization, and that responsibility hasn’t slowed him down this year. He has the highest individual HLTV rating for 2020 (1.29) out of any of the current top five ranked teams, with Vitality’s ZywOo right on his heels.

S1mple has led Na’Vi to some impressive wins during his tenure with them, including this year’s IEM World Championship at Katowice. But he’s also had some incredibly impressive performances that somehow weren’t enough to land Na’Vi a trophy. We take a look at some of his most heart-breaking one man shows. 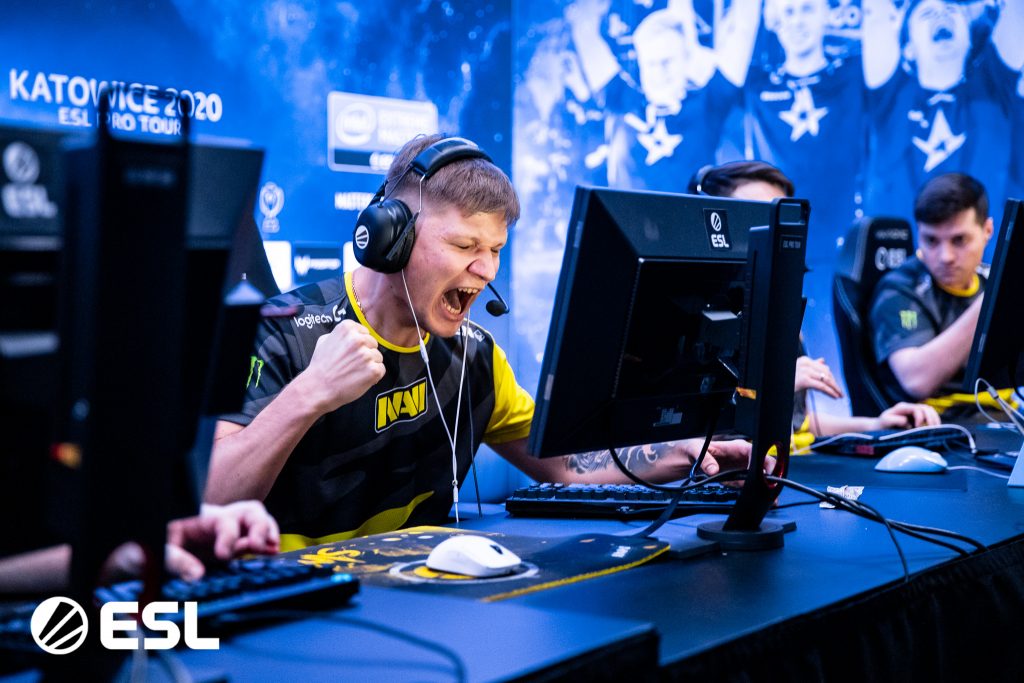 We start this list with an extremely recent performance that provided the inspiration for looking at his best instances of coming up short. Na’Vi came into EPL Season 12 looking to recover after a dismal showing at the online ESL One Cologne, where subsequent losses to Complexity and NiP ended their run early. They shook off the cobwebs resoundly, going 6-1 to top group A, and then running through the winner’s bracket to go into the grand finals with a 1-0 advantage.

S1mple averaged a 1.35 rating during Season 12’s group stage and playoffs, the highest among all players. Not only was that rating the highest, but he had the largest gap in rating between any of the top players (numbers 2-4 had ratings of 1.22, 1.21, and 1.20, respectively). He also notched seven maps with over 30 kills, and only two of those required overtime.

Unfortunately for s1mple and Na’Vi, Xyp9x’s return to the Astralis lineup was the catalyst for a return to form for the once-dominant Danish team, just in time for playoffs. Despite the one-map advantage, a win on Dust II to give Na’Vi a 2-0 lead, and s1mple’s best efforts, Astralis would rattle off three in a row on Nuke, Train, and Overpass to steal a title that was seemingly already being lifted into the Na’Vi trophy case. 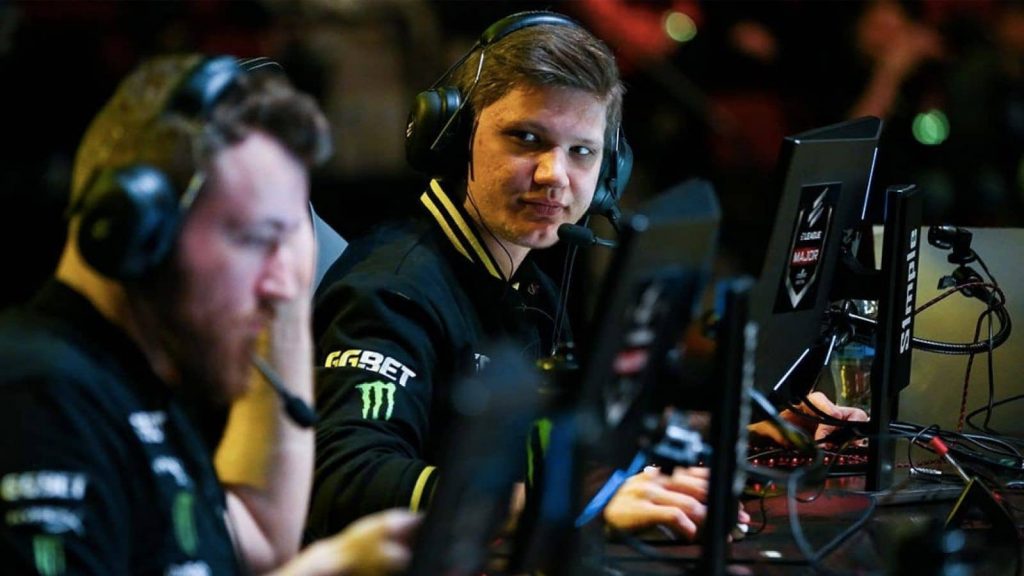 s1mple looks to his teammates during Na’Vi’s run at the ELEAGUE Boston major. (Photo courtesy ELEAGUE)

The biggest story of the ELEAGUE Boston major outside of the climactic victory of Cloud9 was just how freaking good Na’Vi was at this event, and how much better they got during each stage. This wasn’t the dominant Na’Vi we see today, they failed to make playoffs at Krakow, so they had to play through the Challengers stage. They went 3-2 in that stage, but those two losses came against teams that would eventually make playoffs in mousesports and FaZe, and their final win came against Team Liquid. In the Legends stage, they went 3-1 and made playoffs, and advanced to the semis after a thrashing against Quantum Bellator Fire.

S1mple hadn’t yet ascended to his world’s best form, but still finished with the seventh best rating of all players. This was supplementary to his teammate flamie, who had the highest rating. S1mple also went 3-for-3 on either 1v2 or 1v3 clutches, and was Na’Vi’s primary lifeline in their semifinals series against FaZe.

Na’Vi’s ELEAGUE run came to a succinct close in those semifinals. Flamie, who was a constant positive for his team all tournament and during the first map, was nowhere to be found on Mirage, posting a dismal 7-18 KD, the worst on his team. Good players are more than allowed to have a bad game once in a while, but this no show couldn’t have come at a worse time. Unfortunately for Na’Vi, their next crack at a major trophy only produced an even more heartbreaking ending… 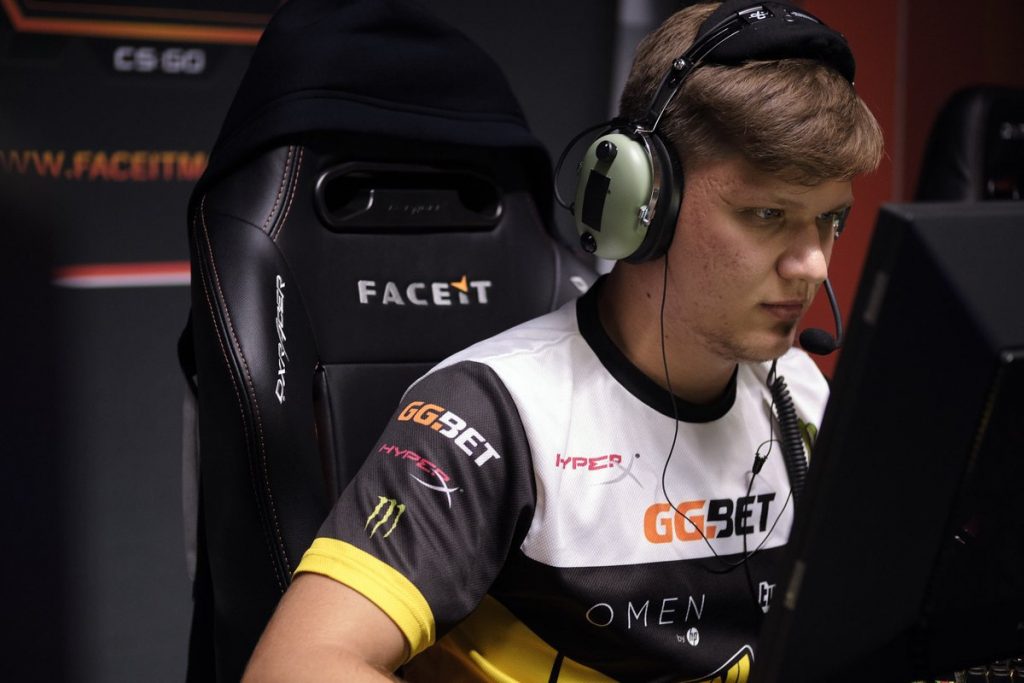 s1mple was locked in while in London. (Photo courtesy FACEIT)

That elusive Major trophy was no closer to the Ukrainian CS:GO sensation than at the FACEIT London major. Having made the semifinals in Boston, they earned a direct spot in the Legends stage, and after an early stumble against Astralis, they won three straight against FaZe, NiP, and Fnatic, earning a bit of revenge in the process. Then they beat some BIG ass, and tarnished the debut of the new MiBR roster to earn a trip to the grand finals.

S1mple and electronic weren’t just the dominant duo in London, they were number one and number two in player ratings across the whole event, and were far ahead of the three and four in Astralis’ dev1ce and magisk. Some of s1mple’s best games came against the biggest opponents; three of his five best games in terms of KD differential were both maps against MIBR and his revenge game against FaZe.

However, the dual threat of s1mple and electronic were unable to withstand the full might of Astralis in the grand finals. Edward and Zeus struggled to keep up statistically with their teammates all tournament, and unlike the other entries on this list, s1mple himself struggled against the great Danes. He was unable to recover from a rough 9-18 KD in map one on Nuke, and Astralis took the series and the title in two. Astralis hasn’t proven to be s1mple’s kryptonite, but they do have an edge in their history (28 map wins for Astralis vs s1mple and Na’Vi’s 19). 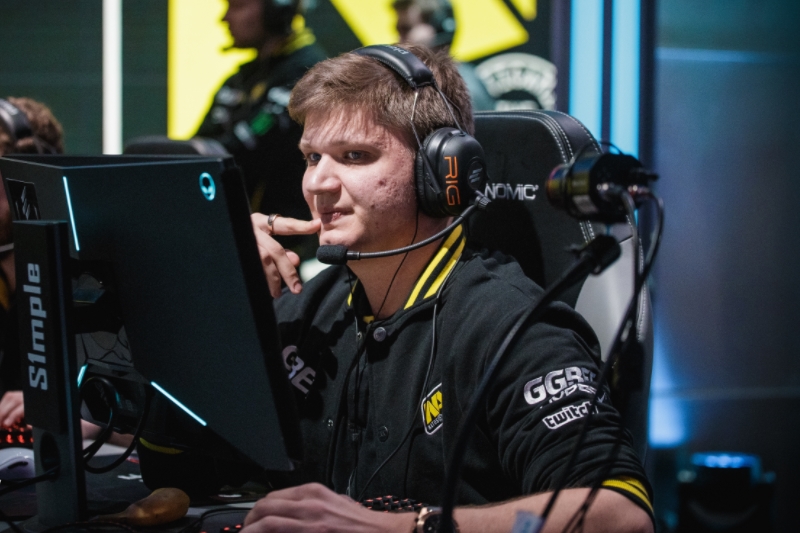 s1mple could hardly contain a smile during his historic performance at Marseille. (Photo courtesy ESL)

In Marseille, Na’Vi took advantage of a lackluster group in Renegades, TYLOO, and a flat Fnatic lineup to advance to the playoffs with a 2-0 record. There, they dispatched mousesports and Gambit Esports in 2-0 fashion to advance to the grand finals, and only dropping one map in the entire event on the way there.

So why does this non-major tournament back in 2018 matter at all? Because s1mple was so freakishly, disgustingly dominant that it’s almost criminal that he didn’t end up with a first place trophy. He finished with a dominating 1.52 rating, which was a whole .14 higher than the second best. If you take away his second maps against Fnatic and Astralis, that rating climbs to 1.64. He posted a ridiculous 42-22 KD against mousesports in a map that only went to one overtime period.

So what happened? Well, Astralis happened, again. The dominant Danish team ran over Na’Vi 16-4 on Nuke, despite a heroic 22-16 KD performance from s1mple with zero help from his team. Na’Vi put together a better fight on Inferno with electronic lending his support, but a great performance from the IGL gla1ve ended the series at two maps.

At only 23 years old, s1mple is still carving out his legacy, and isn’t content with his already stellar case for being the greatest of all time. How each of his major runs have ended are not indicative of his ability to perform on the biggest stage; there are a plethora of events where he has shined brighter than any player and taken home a title, such as ESL One Cologne 2018 and more recently, IEM Katowice 2020.

This isn’t a critique of his clutchness, nor is this calling out his teammates over the years. Much like how Michael Jordan and the Chicago Bulls denied several great teams an NBA championship in the 1990s, Astralis’ major three-peat has meant that several excellent, iconic teams and players are left with that one glaring empty spot in their trophy cases. For the time being, that list currently includes s1mple.

But keep in mind, Jordan didn’t win his first championship until seven years after he entered the league. And how many years now has s1mple been playing professional Counter-Strike? Seven. Perhaps, and hopefully, the best is yet to come.