Renegades: “We’re Only Going Up From Here” 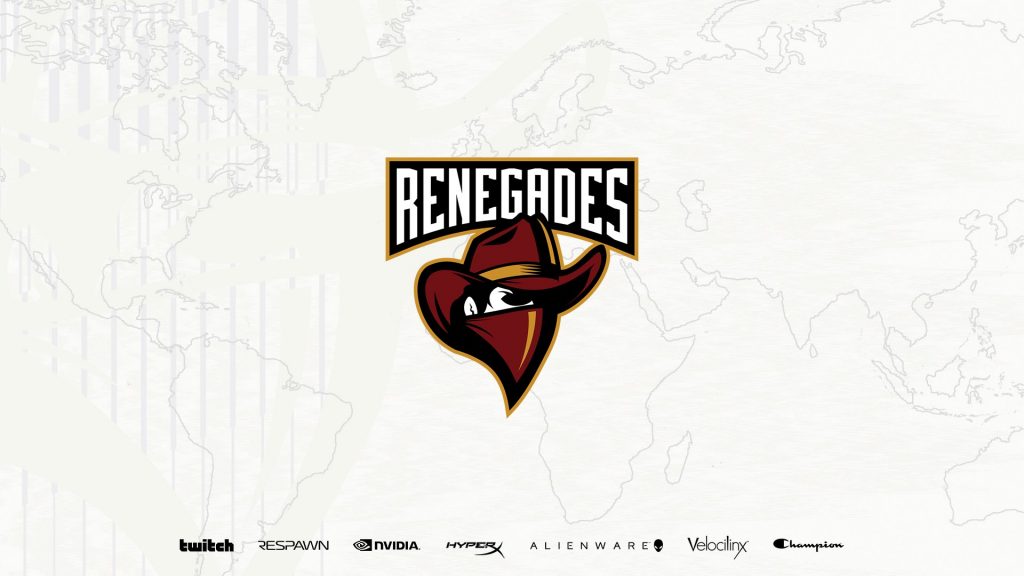 Renegades have been eliminated from First Stirke, but they are taking their defeat in stride. (Photo courtesy Renegades)

Renegades proved themselves as a top-eight VALORANT team in North America but were unfortunately eliminated by TSM in the first round of the First Strike. The first map was a one-sided ordeal that ended in a 13-1 TSM victory, and Renegades could not stay alive in the second map.

Despite the disappointing placement in the First Strike tournament, the team is treating their experience as a learning experience and is excited to compete in the future. We spoke with Chuck “CP2” Proud, Stephen “Berghy” Bergh, Devon “randyySavage” Beard, and Alex “RetrQ” Kadan about their match against TSM. The players also discussed potential meta shifts and shared their predictions on the next two games in the First Strike tournament.

Hotspawn: The first game of the series was a steep victory for TSM. What was the biggest issue the Renegades team encountered on Ascent?

CP2: We came out with a game plan. There is more into it than ‘go A go B.’ We have certain set plays that allow Winsum and retrQ to shine. On Ascent, I don’t think they were ready for it pistol round, and it was kind of an unlucky pistol round to start off. We lost to a defuse when we had two players up. A lot of our strategies are set up for spam strats through smokes because of the ping system. Honestly, if you don’t abuse the ping spams, I feel like you’re doing something wrong. We lost three rounds to that, and I feel like that was unlucky. Our game plan was to bully TSM, and it really didn’t work on Ascent at all. Other than that, we just have to come back to the drawing board on that map specifically.

Randyysavage: I would say on our T-side, there were four or five rounds that should have went our way where it was just our mid-round communication going into shambles. I don’t know if it was the pressure or nerves being in the spotlight in VALORANT’s first major. We don’t have a lot of experience in the tier one scene, unlike Hazed and Cutler, who have been in the scene for years and years in Counter-Strike. It was definitely mid-round communication that fell apart, I would say. There were 4-5 rounds on T-side where we got the bomb down, and they got the defuse while there were still one or two of us alive that should never happen.

We always learn a lot in these bigger matches, especially when we lose.

Hotspawn: What was the Renegades mindset going into the second map?

CP2: That’s what I love about this team. The mental fortitude is so strong. We go down 0-1; the series is 0-0 to us. We kind of just build off that. Even when we were down 9-0 or something like that on Ascent, the comms were as if we were up 10-1. That’s why I think this team has a shot of being the best. I think that shows a lot about us because if you lose comms, you’re just going to have no shot in winning games where you’re down a lot.

I am really proud of the guys for just making it here.

Hotspawn: What was your biggest take away from First Strike?

Berghy: We always learn a lot in these bigger matches, especially when we lose. We’ll take a lot away from it. The fact that we are here is huge for us anyway, so we’ll just take the high-level match experience and kind of see what went wrong to develop our game and be more consistent under high pressure.

CP2: We need to work on mid-rounds, on Bind specifically. I think this is going to come with more experience. Those guys on TSM are way more experienced than us. I feel like that is just something more to build off and take it as a positive and learn from our mistakes because we can pick them out. I think mid-rounds is the biggest one and is probably the hardest thing to learn. Just being able to communicate better in those mid rounds and decipher what the other team is doing. Like on our T-side Bind. I think we did a good job on bullying them on CT-side, that was our gameplan, to bully them and make them feel uncomfortable, and I think we did a good job on it.

Randyysavage: I mean, I am really proud of the guys for just making it here. Beating C9 was a huge step for us. Now it’s just really back to the drawing board, and we are definitely going to be reviewing these VoDs and TSM to see what happened and what went wrong. We have an idea of what went wrong, and we are going to rewatch and see exactly what we could have done better and improve from there. It’s really back to the drawing board from here and going to focus on 2021 and the Champions Tour and all of that.

Hotspawn: Do you have any thoughts on fans Renegades an underdog?

Berghy: It makes sense; we don’t have any players that are well known. I understand that, but you can’t forget we 2-0’d Cloud 9 to get here. That is kind of due to our playstyle, it either works, or it doesn’t. We are working on making our playbook deeper, but with the amount of time we had to prepare, that’s what we brought. I think overall, we can solidify ourselves top eight, and it’ll be a push to top four.

CP2: It fires me up, man. I’ve been playing sports my whole life, and I wouldn’t say I was the underdog a lot of the time, but there were times where I was the underdog. You have to work to be the best, and it fuels a fire under me and makes me work harder. Specifically, with the new Agent Skye, I feel the reason we played her was because we thought we could get an edge by introducing something different on Ascent and Bind.  I think the one flash specifically on Bind through the hole in the roof for long B that allowed Winsum and retrQ to get a kill. Being an underdog makes me grind long hours to find cheeky little stuff like that. Just lights a fire; I love it. Let me re-word that, I don’t love being the underdog, but I don’t mind it because it pushes us to be better.

Randyysavage: You can’t blame them, honestly. I don’t know if you saw our performance in our own Renegades tournament where we got 0-2’d by Moon Racoons and another team. We got absolutely slaughtered in our own tournament. Everyone thought TSM would win, and you can’t really blame them because they’re TSM. They’re a top-three team in NA and have been together since beta. They have been putting in the work and can’t be taken lightly, especially Wardell when he is not missing a shot. You can’t jiggle peek him; you can’t peek anything without using a bit of utility because you don’t know if he is there holding the angle. When he is on one, you really can’t give him anything to work with, or you’ll just be working with a 4v5, and it’s just uphill from there.

Hotspawn: What are your thoughts on the VALORANT meta shifting towards a CS:GO style meta?

retrQ: When a team becomes the best team, Astralis, for example, who just completely decimated everyone in CS for a while; when that happens in VALORANT, I think it will be like the CS style where teams take a part of the map by default. It will come down to whoever does that best. The way we played is nothing like that at all; like I said, we were just trying to bully them. I do think that is one thing we need to learn from this and need to be able to balance it out. Some rounds we need to rush, and some we need to play slow and steady and hold angles. A default style will definitely prosper in this game eventually.

Randyysavage: That’s the thing that makes this game so unique. I don’t think there is going to be a solidified meta. I think there are going to be teams that are more comfortable doing one thing and other teams being comfortable doing the other. Renegades being the team that is comfortable with being explosive and popping out on sites, unlike other teams. 100 Thieves is a perfect example; we consider them Na’Vi, which is a CS team that usually takes the round when there are 20 seconds left. We are not a team like that; we are a team that takes the site within those 15-20 seconds. It’s going to come down to the teams being real polished on their strategies and knowing how to execute them properly. Really being mid-round is huge too. I don’t think there is going to be a solidified meta where if you do this correctly, you will win the game. I don’t believe in that. I believe every team has a very strong chance of winning if they know what they’re coming up against and how to counter-strat and respond to certain tells.