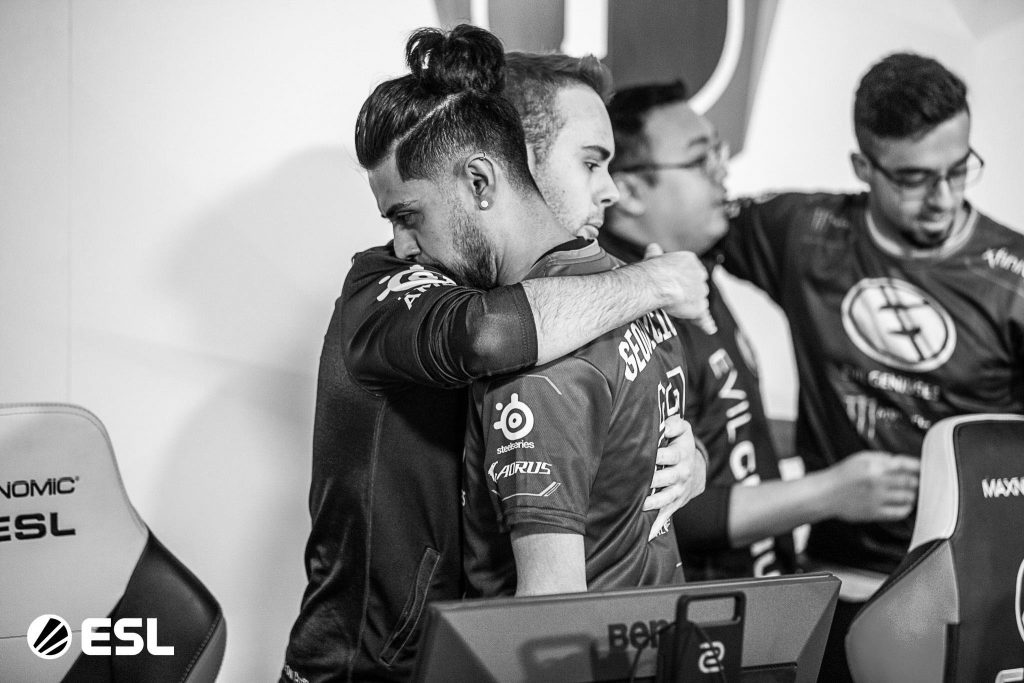 One of the most shocking Rainbow Six roster changes this month is Troy “Canadian” Jaroslawski leaving Evil geniuses. (Image via ESL)

With the Six Major Raleigh behind us, the Rainbow Six scene is heating up with roster moves. Pro League action returns mid-September, so teams have a bit of time to shuffle.

Check back frequently for updates.

Our roster change is finally official.
No one knew this was happening… right?

Making roster moves as drastic as this is a sign, they want to really shape things up come playdays. In addition, this marks the first ever international signing of players who has competed in another region in Rainbow Six. Will this become more regular in the future?

GiFu announced that both Slebben and Gomfi will be departing the roster, after they have been signed to Soniqs. GiFu has taken the opportunity to field a fully Finnish roster and truly go back to their roots. Joining the team are rookies Aleksi “Movetaho” Kuoppa and Joni “jonitr” Törrö who will make their pro league debut in the team. Both players have floated around in the tier 2/3 scene, but now they have their big break and can really make an impact on a team close to relegations.

Finally, their coach oVie_NL has also left the team. Whether GiFu will announce a Finnish coach coming in is uncertain.

In one of the largest shakeups in North American Pro League, Evil Geniuses has announced the departure of Troy “Canadian” Jaroslawski, with his replacement being Disrupt’s Morquis “Modigga” Hribar. This will be the roster moving forward as they prepare for DreamHack Montreal this week and the return of the ESL Pro League. In addition, the team’s General Manager will act as the team coach. Ryan Towey has a history in esports, having played multiple roles in Halo Esports.

Head's up, quite emotional and lengthy tweet but here it is.

Spacestation Gaming made a roster move despite their success in the Six Major Raleigh. Braden “Chala” Davenport is no longer on the roster as Canadian has taken his slot with his departure from Evil Geniuses. Canadian had lots to say on his new journey, and SSG directed people to read his statement.

Regardless, SSG has been looking good, with a fifth-place standing in Pro League with two wins and three draws. Furthermore, their battles in best-of-threes are promising. This change may help SSG push further up the standings.

TSM are also making roster changes. Their performance in the first half of the season has been disappointing. However, their ability to perform in a best-of-three is great. The team clearly needed to adapt their current roster to find success elsewhere. Otherwise they face the risk of staying in the relegation zone. Prior to the mid-season break, they played around with the starting line-up. But now we know what the roster looks like.

Entering the coach position is Gotcha, who has arrived from Evil Geniuses. Finally, Sam “Jarvis” Jarvis has found a pro League team after his exit from DarkZero in May. This team now has the solid leadership, coaching ability and supporting tools they need to really give it their all in the NA Pro League.