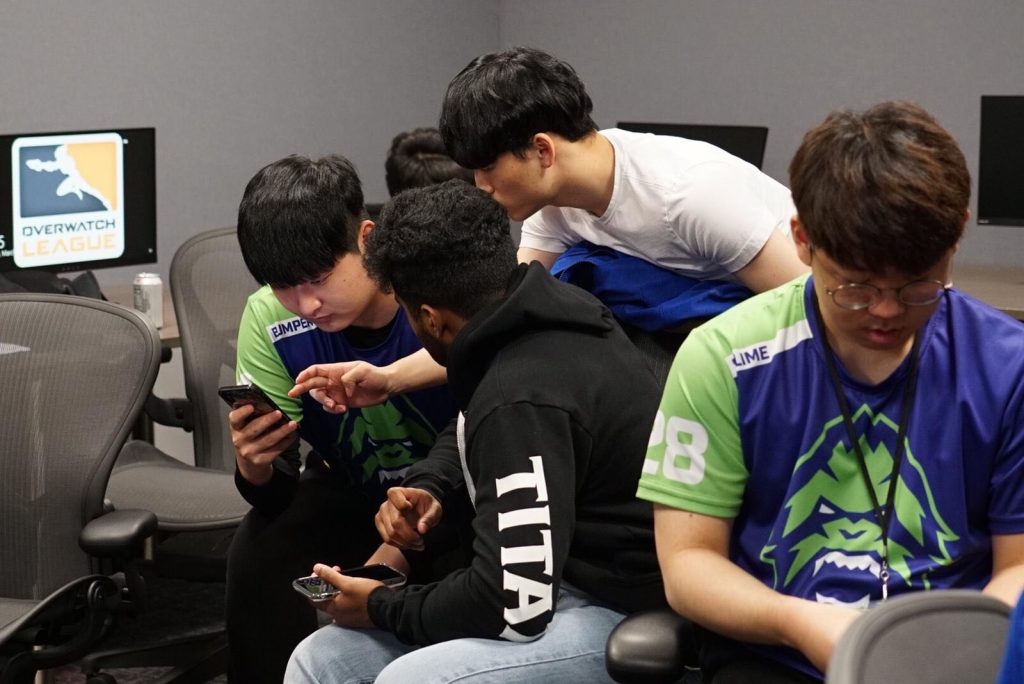 The Vancouver Titans had an absolutely dominant Stage One. Their closing match against the Guangzhou Charge sent a message to the rest of the league – they aren’t here to make friends. Going into their match against the Charge, the Titans had already secured themselves a ticket to the Playoffs. This meant the score of the game didn’t have a direct impact on their Playoff status, but the outcome of the match would determine if they’d overthrow NYXL for first-place in Stage One. With a solid 4-0 against the Charge, the Titans secured themselves the top spot in Stage One, pushing the NYXL into second place.

The Titans’ gameplay, strategy and communication were absolutely stellar in their match against the Charge, and their VODs should be a staple example for Overwatch coaches across the league. What was really refreshing about the Titans’ gameplay was their use of McCree in situations that didn’t favor the pick. On Illios, the Titans deviated away from the traditional GOATs meta and instead opted for picking a McCree and an Orisa instead of the heavily favored Zarya and Reinhardt. Even the casters doubted these picks against the Charge’s GOATS strat, saying that it wouldn’t be an easy fight for the Titans. This just demonstrates the Titans didn’t want to go for the standard GOATS strat to win: they wanted to prove they are the best in the league.

Paris Eternal did not manage to make it into the Stage One Playoffs, but it wasn’t for a lack of trying. Eternal played both days in Week 5, and there was a lot of pressure on the team to perform well – especially if they wanted to make it into the Playoffs. Their first matchup against the Washington Justice was well- fought, and Paris walked away with a respectable 2-1. Harrison “Kruise” Pond has been instrumental in Eternal’s gameplay, and it showed with his 31k healing and 30k hero damage on Lucio during the matchup. Eternal also experimented with non-GOATS strats. They brought out a quad DPS lineup on Volskaya against Washington. It was a beautiful thing to see! We’re hoping that more teams like Paris Eternal spend the time between Stages working on off-meta strategies.

At the beginning of the season, we said that the London Spitfire were the most inconsistent team in the league. A lot of fans were hoping the team would regain some of its former glory, but instead, the Spitfire only managed to place thirteenth. It seems like the change in the meta from the Inaugural Season to Season 2 hasn’t fared well for the Spitfire. We wouldn’t go as far to say that the London Spitfire winning the Grand Finals was a fluke, but the latest rendition of the London Spitfire do not have a solid grasp of the meta nor are they able to communicate effectively in-game. If they want to have a hope of placing better next Stage, they will need to work on team coordination, the mental fortitude necessary to push matches to a game four or five and to have their coaches dig deep to teach the players how to adapt to the current meta.

The Philadelphia Fusion beat out the Paris Eternal on Sunday in an expected and well-deserved win. While the Fusion lost the first map on Busan to Eternal, Fusion did not lose a single map after Buson (3-2 on King’s Row; 1-0 on Horizon Lunar Colony; 3-0 on Rialto).  Philadelphia’s dominance and their execution of the GOATs meta was perfect. Watching them hold off Paris on Rialto to the point where Paris was unable to even reach the payload was inspiring. Their Stage One performance earned them a respectable third place and will see the Fusion play in the Playoffs. It was great to see the runner-up from the Inaugural Season continue their success into the second season.

The one game this weekend that had both teams fighting for their shot at the Playoffs was the Boston Uprising and Dallas Fuel game. The winner of the match on Saturday would see themselves in the Stage One Playoffs and the other would miss out. Fighting for slot #8, both teams gave it their all, and it was an impressive demonstration of why you never give up! Boston snatched a win from Dallas in a complete reverse sweep. From 0-2 at half-time to a final score of 3-2, Boston should not be counted out. The team has the mental fortitude to play the long game. Plus they are the definition of teamwork making the dream work!

With the conclusion of Stage One, we officially have our top eight teams! As of today, there is no official schedule released for the Playoffs as we have two ties – the Philadelphia Fusion and Toronto Defiant are tied for third, and the San Francisco Shock and Seoul Dynasty are tied for sixth. The Defiant/Fusion tie will be decided in a coin flip, and the Shock/Dynasty tie will be played out in a tiebreaker match today. It will not be broadcasted so fans of both Shock and Dynasty will not be able to cheer on their favorite teams.

Be sure to look for our Stage One Playoffs predictions article once the results are in from the tiebreakers!