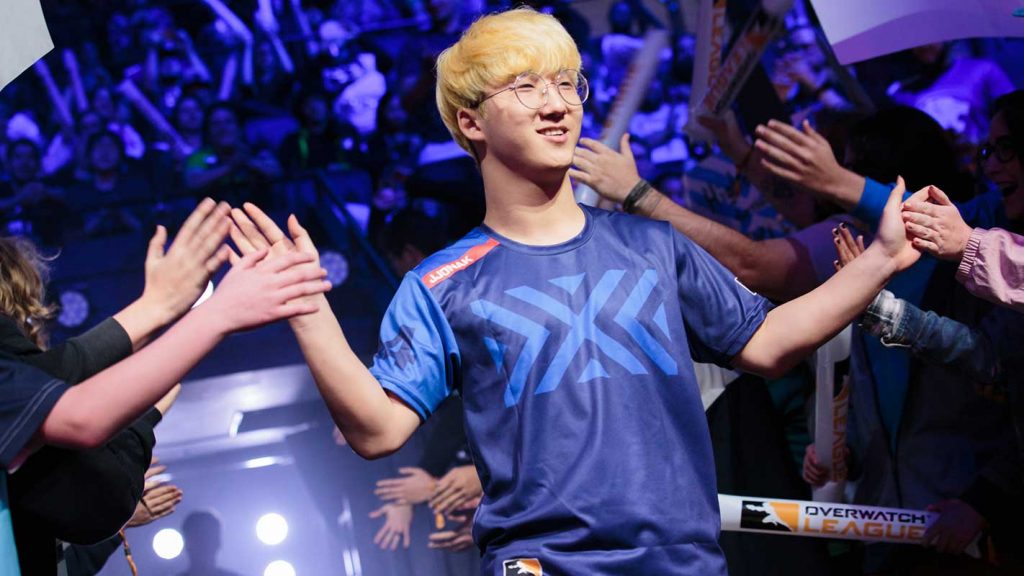 The second season of the Overwatch League is right around the corner! To help re-familiarize you with the returning teams and get you hyped for the new ones, we’re breaking down the two Divisions and predicting how well these teams will do. We’re starting with the Atlantic Division, which is set to be the harder of the two Divisions thanks to some powerhouse teams like New York Excelsior and the Philadelphia Fusion. So without any more delay, let’s jump into the rankings of the ten teams in the Atlantic Division:

The Florida Mayhem took some big leaps this year and dropped all but one player from their original roster. From there, they’ve built a team primarily composed of Korean talent. This could be because Florida didn’t perform too well during the inaugural year; starting from scratch isn’t a bad idea if you desire a clean slate. A new roster means no bad habits to break or teamwork issues from the previous season, but it does mean that Florida will have to work twice as hard to create the trust between the players that generally comes with playing together for a while.

This year the Florida Mayhem should learn from their prior season’s mistakes and look to teach their new lineup how to create a solid backline defense as that was their downfall last year. Ensuring that their players are taken care of and that they have a plan in case of injuries will be critical. Their star MVP player Jeong-Woo “Sayaplayer” Ha has back issues that will eventually require back surgery so strategizing for that will be important to both the players and the team’s management. Sayaplayer can’t physically, or metaphorically, carry the team if his back issues aren’t addressed before his back gets out of hand.

Similar to the Atlanta Reign, the Washington Justice have drafted a diverse roster as well as signing the Overwatch League’s first female coach: Molly “AVALLA” Kim.

Right out of the gate, Justice will need to ensure that their American/Korean roster has established good communication. Second to their communication issue, Reign will have to help returning players like Hyeong-Seok “WizardHyeong” Kim from the NYXL develop the other players and help lead them to success. Relying on returning players to support the other new members will not only help develop the new players mechanically but help calm the nerves that come when the team first steps onto that main stage. There’s no doubt that this team has the potential to do well, but we’ve seen other teams fail because of communication issues and Justice could face the same fate if they don’t prepare for this problem during the pre-season.

One of the most exciting management teams created this season comes from Paris Eternal. They’ve crafted an incredible line of Julien “Daemon” Ducros and Joni “Seita” Paavola. They’ve both brilliantly demonstrated an incredible understanding of the game and how to transform players into winners. For example, Seita was instrumental in leading Finnish teams to outperform their European counterparts repeatedly. He has a very tank and support-heavy specialization, so we’re expecting to see some out-of-the-box strategies utilizing his two favorite positions.

The team’s schedule puts them at a disadvantage as their run will only get harder towards the end of the season. They’ll need to start winning early to gain momentum that will carry them through, both in the standings and in regards to Eternal’s morale.

Atlanta Reign is another one of the four new teams to enter into the Atlanta Division this year. They are one of the most ambitious teams in the league, signing eight players to the roster from six different countries. With such an ambitious intercontinental signing, Atlanta’s biggest hurdle will be all about communication.

Houston Outlaws were a middle-of-the-pack team that was unable to finish the year strong enough to make it into the playoffs. They had a limited hero pool and too heavily relied on their star player, Austin “Muma” Wilmot. They will need to have grown during the off-season and developed their team as a whole to succeed this season. Bigger hero pools, greater map awareness, and flexible player rotations will be the key to whether this team will be able to break out and make their way to the top of the leaderboard.

Outlaws haven’t made many changes to their lineup, so they are going to be relying on the relationships these players have developed over the past year. Trust and a keen understanding of how your teammates will react is something only time spent together can build – and that’s what the Outlaws are relying on. Let’s hope this roster’s longevity pays off for the Houston Outlaws.

The Toronto Defiant are set to make some big waves this season with a well-constructed team focused on teamwork and building towards the ultimate goal of team synergy. They are one of four new teams in the conference which means it’ll be the first time they’ll be playing on the main stage as a team. Jun-sung “Asher” Choi, Se-hyeon “Neko” Park and Kang-jae “Envy” Lee will be returning to the main stage this year and will no doubt be lending their experiences from Season One to their new teammates.

From their gameplay and their head coach’s previous strategies, Toronto Defiant is set to be a defensive, counter-strategy team that will build its confidence and strength from a methodical approach to the game. Their head coach, Beom-Joon “Bishop” Lee, has spoken at length about the need to develop their players’ mechanical skills in order to alleviate the need to think about their plays – instead, he wants them to depend on one another without hesitation.  They stand to do well as long as they can combat Fusion’s chaos and NYXL’s powerhouse of talent.

The London Spitfire were crowned the champions of the Overwatch League Inaugural Season. It was a win that came with a lot of ups and downs. Their performance during each of the Stages was extremely inconsistent and even though they won the Grand Finals, they were not the top performing team of the season. In order to make their attempt at a second season win, there are a few things they need will need to work on.

All of London’s issues can be summed up in one word – inconsistency. Their large roster last year proved to be challenging and seemed to affect the team’s overall stability. At the core of their issue, the team had a desire to switch lineups between maps and would sub out more than half the team at once. Substitutions should be instituted when there’s an issue or problem with the team dynamic, not because certain players cannot play maps or certain heroes to combat an opponent’s strategy. They will need to resist these substitutions and instead focus on growing the team together and teaching them how to rely on one another. It might be worth noting that expanding their hero pools on their players or diversifying their map strategies could help combat the need to switch out players.

3) Boston Uprising – From Methodical to Interpretative

Boston Uprising saw some great success in Season One but weren’t able to overcome the OWL giants NYXL or Fusion in the Season Playoffs. They were the only team in the 2018 season to go 10-0 in Stage 3, which was a major achievement for the team, but they weren’t able to continue that momentum into Stage 4.

Uprising is a team that relied on methodical plays rather than spontaneity. They focused on keeping their core lineup stable and consistent, but that meant they became too brittle when they faced chaotic teams like Fusion. To overcome their stiffness, Uprising need to learn from their new coach, Jordan “Gunba” Graham, and become more flexible and adaptive this season. They rank high on our preview because they have a solid foundation: a driven team that just needs to learn to let go to be able to succeed. There’s a saying about learning the fundamentals first and that’s exactly what Uprising has done.

Last year, the Philadelphia Fusion did the impossible: they went from snatching up the last seed for the Season Playoffs to the Grand Finals. They hadn’t seen a Stage score higher than 7-3 (Stage 2) but found their momentum as a true “second-half” team in the latter half of the season and in the Season Playoffs.

What set Fusion apart from the rest was their unique playstyle. They didn’t rely on well-set strategies; they were a team that had a chaotic play-style. It served the team well as it brought them all the way to the Grand Finals of the Inaugural Season, but if they want to see this kind of success again, they’ll need to refine that chaos. Chaos can be their greatest strength, but management should encourage some discipline so the players can retain their chaos but with a clearer perception on how to navigate harder teams like NYXL. Focusing on the fundamentals, and maybe taking a note from Boston, will be the ultimate key to their success this season.

The New York Excelsior had a great inaugural year and walked away with the best record in the Overwatch league. They were crowned the top of the Atlantic Division, and Sung-hyeon “Jjonak” Bang won the OWL MVP. The team’s success was sustained throughout the year. They only began to lose momentum when the meta shifted and they were unable to continue to capitalize on their favorite picks.

One of the primary reasons NYXL were able to do so well last year was their controlled play throughout the inaugural year, and it’s something that’s put them on the top of our Atlantic Division Preview. They didn’t falter in performance because the team lost control or became too chaotic, like the Fusion, but rather because their picks fell out of the meta. This year they need to ensure that their new recruits can flex to any hero and don’t place too much emphasis on what is in the current meta. Metas change, and if NYXL can’t set themselves up for that change, then they will be unable to continue their dominance this season.

And that’s the Atlantic Division! We think the Atlantic Division is going to have some of closest games with a lot of matchups going to game 5. All these teams are hungry for a win and they will have to push themselves to the limit. Don’t forget to tune into the first matches of the second season of the Overwatch League on February 14th!