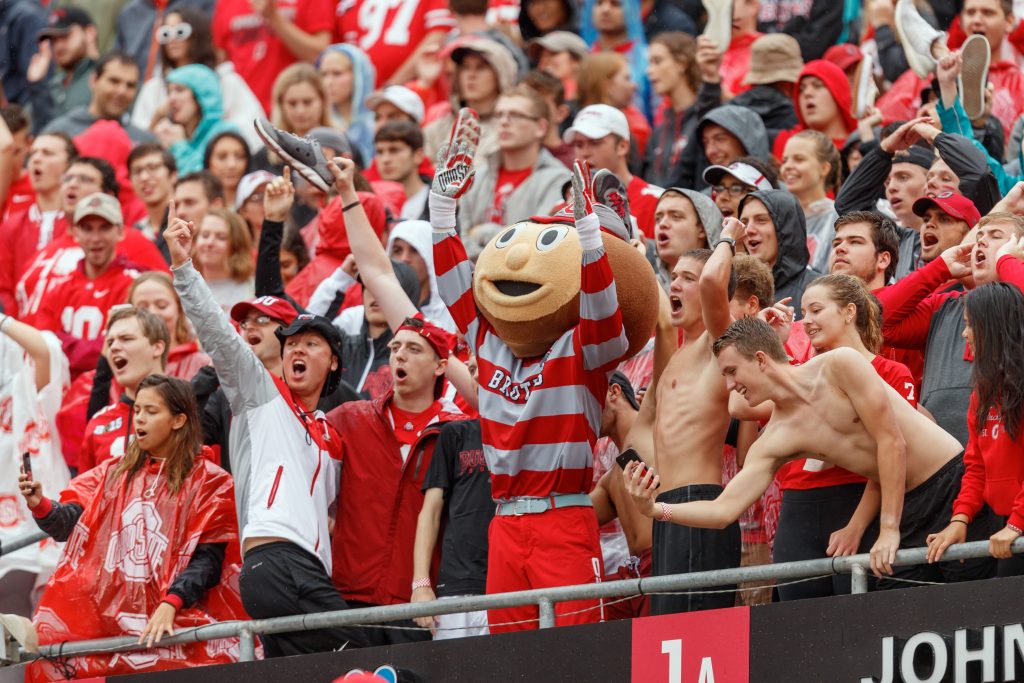 While Ohio State will not be a varsity program yet, they are building esports facilities, which are a huge step towards reaching that point. (Photo courtesy of Getty Images)

While Ohio State will not be a varsity program yet, they are building esports facilities, which are a huge step towards reaching that point. American collegiate athletics are a big business, and Ohio State has one of the most successful athletic programs in the nation.

Right now, there is only one other member of a ‘Power Five’ conference that has varsity esports. The Power Five consists of the Pac-12, the Big 12, the Big 10, the SEC and the ACC. Of the 50+ schools that make up those conferences, only the University of Utah is further along in its esports development.

“It’s one thing for the small schools, the private schools [to get involved with esports], but what about the schools from Power Five conferences?” said Brandon Smith, Ohio State’s Esports Director. “There’s one. The University of Utah is sitting there and AJ [Dimick, Utah’s Director of Esports Operations] wants company.”

To be a varsity esports program, the college must offer scholarships of some form to its players. According to Smith, the scholarships are the only thing stopping OSU from having a varsity program.

“We want to get it to the level of offering scholarships to people who make the official university team,” Smith said. “Our expectation is that it will reach that point. We are taking the varsity approach to esports. There are applications, there are tryouts, there’s the official Ohio State team in a given game that competes against other schools.”

The major issue facing the adoption of varsity programs for colleges is the NCAA. Every other collegiate athletic program runs through the scandal-ridden ‘non-profit’ organization, but esports lacks that controlling body. Various other leagues and systems have popped up in the NCAA’s absence.

National Association of Collegiate Esports (NACE) bills itself as the NCAA for esports. Tespa and Riot’s College Series host events specific to individual publishers. OSU has chosen to partner with the Electronic Gaming Federation (EDF) to provide the framework for how OSU competes against other schools in esports.

“EGF has always wanted to provide a place to collaborate with other schools,” said Smith. “We have to have predictability with a university as big as ours. We have to talk about a standard code of conduct with other schools and a way to report student eligibility for each team. Then EGF can be a conduit back to the publishers and say ‘okay, here’s the agreed upon collegiate standards, and if this game is going to work at this scale, these are the things that need to happen.’”

An overarching organization is necessary for collegiate programs to function. The developer run initiatives are solid options for collegiate clubs, but to receive formal support, the university needs a standard rule set that can be applied to all esports at the institution.

Whether the EGF will end up being this organization will only come with time. Right now, NACE has the most collegiate varsity programs aligned. Filled with the small and private colleges, NACE is headlined by Boise St University and Miami (OH) University. Notable missing from NACE are the University of Utah and UC Irvine, arguably the two most developed esports programs in the nation.

Still, the EGF is even further behind, while NACE was swooping up varsity programs, EGF decided to partner with clubs at bigger schools in hopes they would turn varsity.

Because those clubs are not officially sponsored, the EGF website doesn’t have any schools listed as part of the program, besides a feature article touting the new partnership with Ohio State. According to a New York Times article from 2017, the EGF is partnered with clubs at Georgia Tech, Texas, Harvard and Columbia.

The partnership with Ohio State represents a massive step forward for EGF into the institutionally supported collegiate space. Smith says EGF’s goal is to make it easier for the bigger colleges to join esports and, if schools with the standing of Ohio State continue to announce formal support alongside the EGF, the organization could be positioned well to be the front-runner in the race to be the NCAA of collegiate esports.