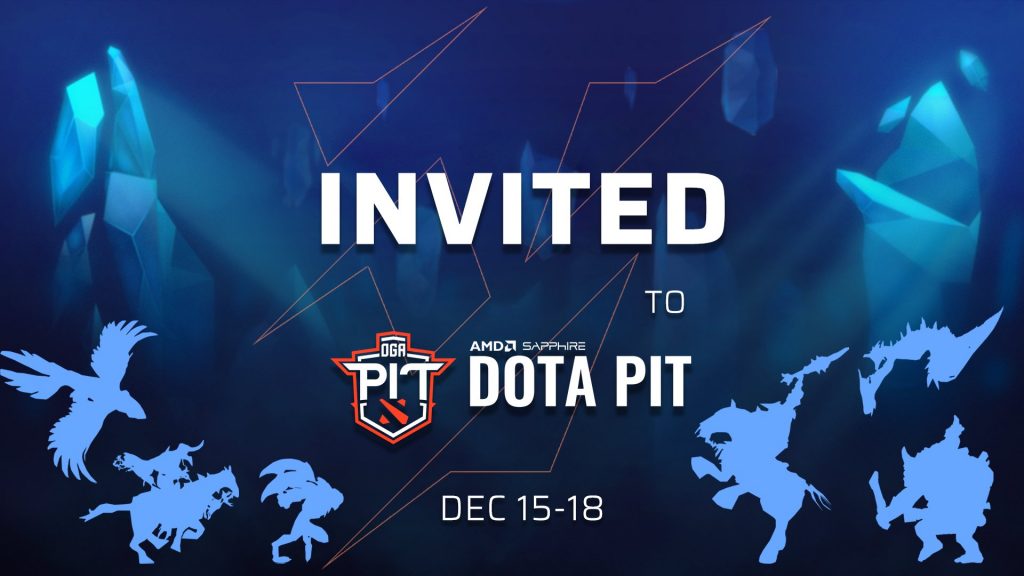 By the middle of December, you’re most likely going to be looking to wrap up work and settle in for the New Year. Luckily, thanks to One Game Agency you’ll have some Dota 2 to enjoy as well as the organizer announces OGA Dota PIT Season 4. In a post on November 28th and a second on November 30th the agency revealed a China and Europe/CIS league for the tournament.

Eight teams in each league will battle it out for two prize pools, $150,000 for China and the same for Europe/CIS. What’s more, the lineup is already looking stacked. In China we have familiar names and recent stand outs: EHOME, PSG.LGD, Royal Never Give Up, Team Aster, Invictus Gaming and Vici Gaming are clashing with super team Elephant and player owned Team MagMa.  Meanwhile, in Europe/CIS it’s top tier talent all the way down. OG, Team Nigma, Virtus.pro, Natus Vincere, Viking.gg, Alliance, the mudgolems and Just Error will compete.

We’re glad to announce that we’ll be back at the @OGADotaPIT starting December 15th🤯#StarsAlign pic.twitter.com/6TQWXqpnOf

China’s league will kick off on December 3rd, running until December 12th, while Europe will start the following week on December 15th, and wrap up on December 18th. This means there’s hardly any time in the month where you’ll be starved for top Dota 2 action.

The format for China will see teams seeded into a pair of round-robin groups, before the bottom seed is eliminated, and the rest advance to the playoffs. Europe and CIS will instead skip the formalities of a group stage, seeding all the teams in an upper bracket for the playoffs. From there, in both cases it’s double elimination leading to a grand final.

As things stand, OGA Dota PIT Season 4 may be the last event we get to see top-tier talent clash in these three regions before both the new year – and the new DPC season. It’s a final chance for the teams to vie for relevance in order to grab the 16 elusive spots in their respective regions’ DPC leagues.

Dota PIT 4 China kicks off on December 3rd with Invictus Gaming vs. Elephant. Europe will hit your screens a few weeks late on December 12th with Just Error vs. Natus Vincere. Both matches, and all the action after that can be caught on Dota PIT’s official Twitch channel.