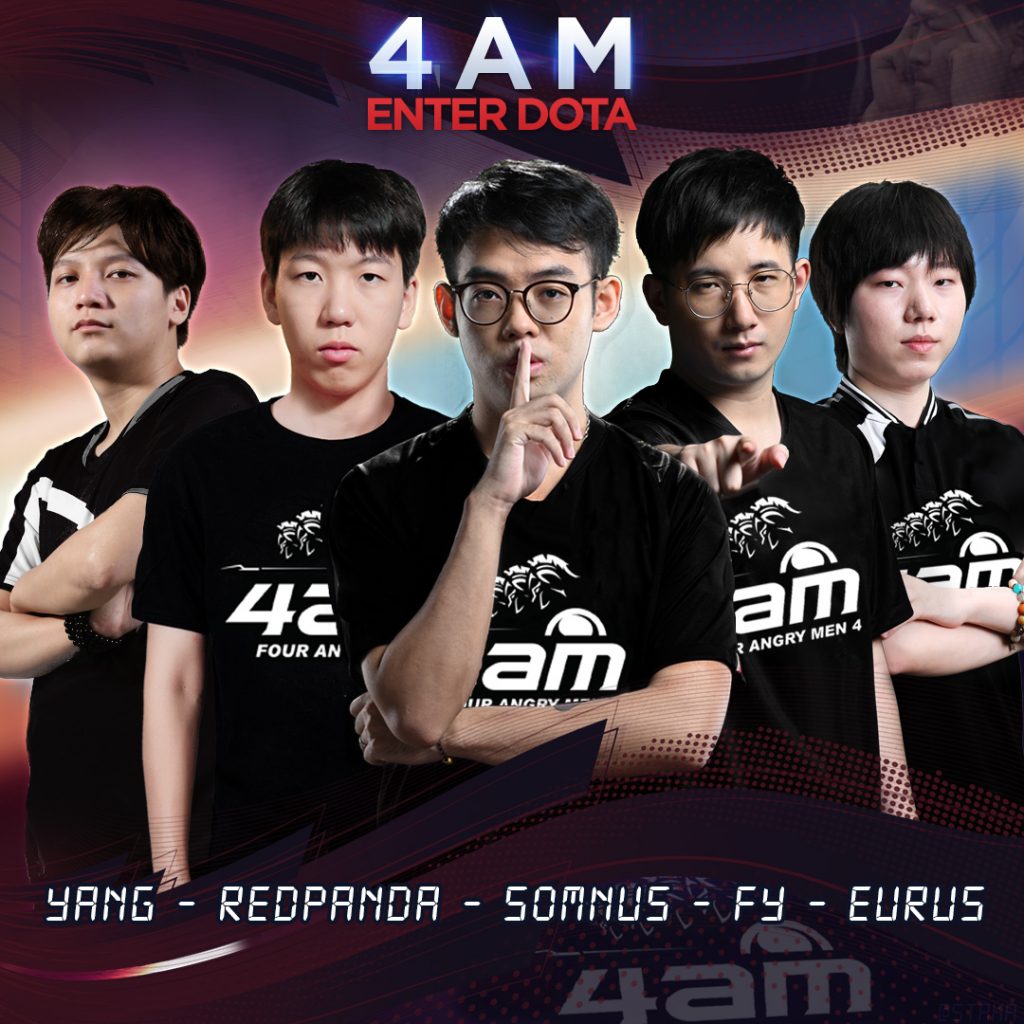 4am combines a host of incredible Chinese talent into one super roster. (Photo courtesy 4AM)

Early last week (September 25th), the full roster of a potential Chinese Dota 2 super team was allegedly leaked. Now that roster has officially been confirmed thanks to a post on Weibo by the newly formed team. 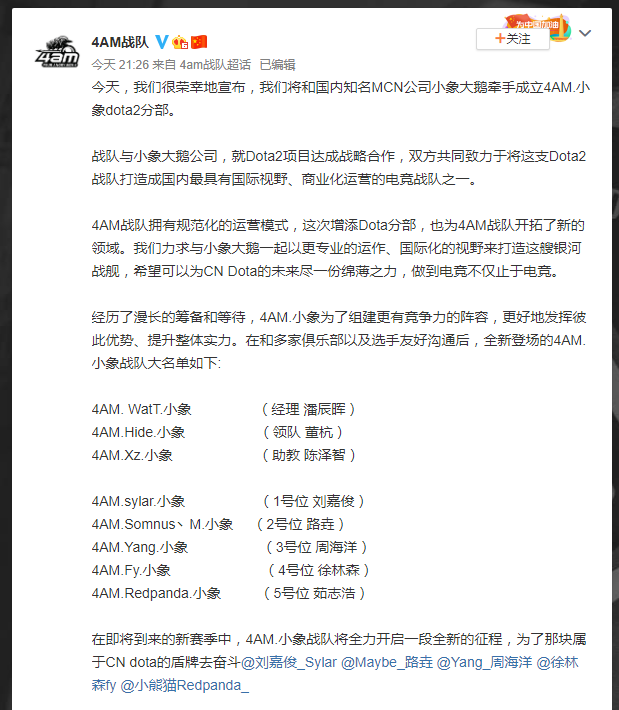 The announcement of Four Angry Men’s (4AM) lineup confirms much of the rumored roster, and definitely fulfills the prerequisites for a super team. Alongside Xu “fy” Linsen, who initially leaked the roster, is fellow support Ru “RedPanda” Zhihao, who most recently played for the surprisingly dominant Sparking Arrow Gaming. 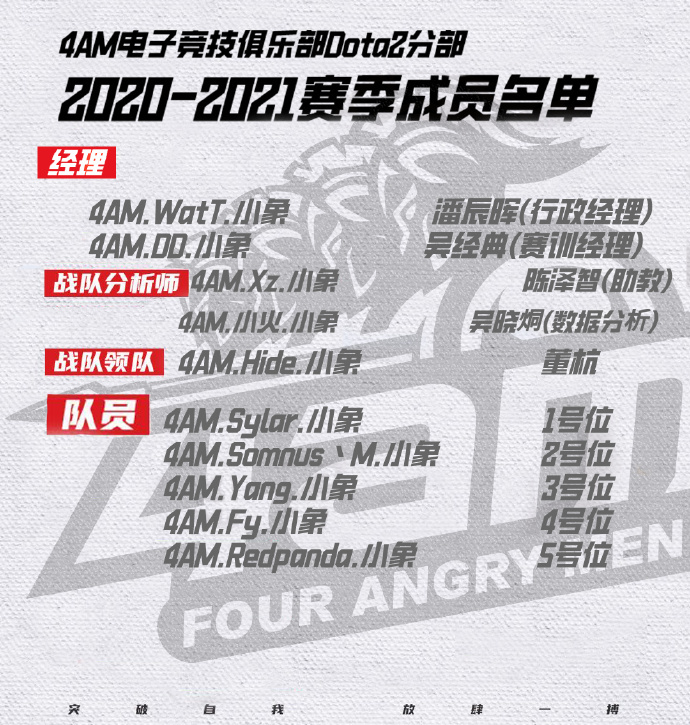 Fy is an International Semi-finalist, who was part of the PSG.LGD team that was runner up at TI8, and third-place at TI9. His teammates, including Yang, Somnus, Sylar and RedPanda have all been on top Chinese teams for the majority of their careers. There’s no doubt that a team with such a level of talent will cause a big shakeup in the Chinese region.

4AM is a partnership between a pair of Chinese companies specialising in commercialized esports endeavors. As part of their partnership, the organization reached out to top pro-players and formed this new Dota 2 roster. In their announcement the organization describe their roster as a “Galaxy Battleship,” designed to take over Dota 2 in the Chinese region and enhance the very nature of esports.

Needless to say this new roster has some high expectations. With the level of talent and fame the players on this team has, their debut will definitely be one to watch out for. At the time of writing the squad was not scheduled for any upcoming tournaments. However, expect that to change as soon as more major Chinese events are announced. For full details of the new roster, check out 4AM’s official Weibo page.