OG CSGO to Debut at CS_Summit 5 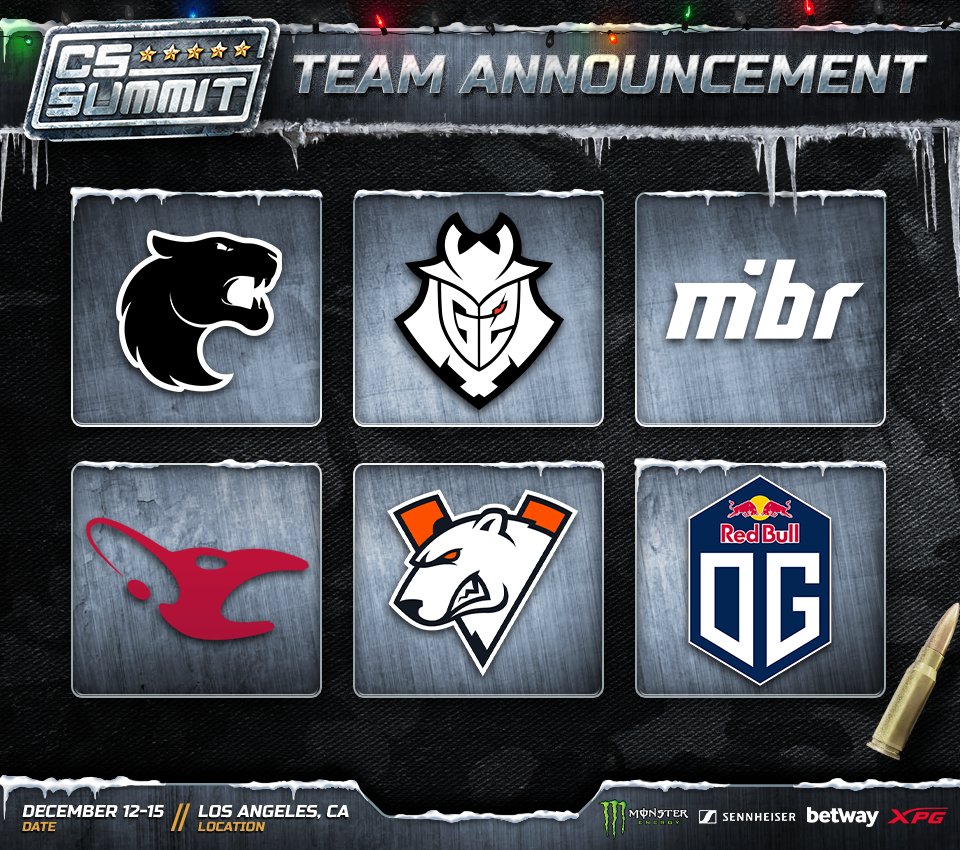 OG has a real chance of winning their first ever CSGO event, the cs_summit 5 (Image via Beyond the Summit)

Just a day after the official reveal of OG Esports’s new Counter-Strike: Global Offensive team, their first event has been announced. OG will be the final attendees at CS_Summit 5.

Our final team for the CS Summit 5 will be…

We are so excited to have this team start their CS:GO journey with us, and can't wait to see what they bring to the table!#cs_summit pic.twitter.com/ecBBBGRALW

CS_Summit 5 will be hosted by Beyond the Summit in Los Angeles on December 12. The six teams present at this four-day event will be:

Due to being sandwiched between the BLAST Pro Series Global Final and EPICENTER 2019, many prominent top-level teams were too busy to attend CS_Summit 5. While the lineup this time around is certainly weaker overall, the addition of OG will provide an interesting storyline to follow.

OG have a real shot at winning the entire event. While expectations for the roster are difficult to pin down, OG have a roster that contains both experienced veterans and young guns.

It should be noted that CS_Summit is a more casual tournament, so there will be more to look forward to than just the Counter-Strike. The fun skits, player and personality chats, and overall chill atmosphere will provide fans with an opportunity to get to know OG’s team environment and interactions.

CS_Summit begins on December 12 and lasts until December 15. OG is currently boot camping in preparation to show the world their team’s first Counter-Strike. Tune in to see them, as well as the rest of the attendees, in action next week.