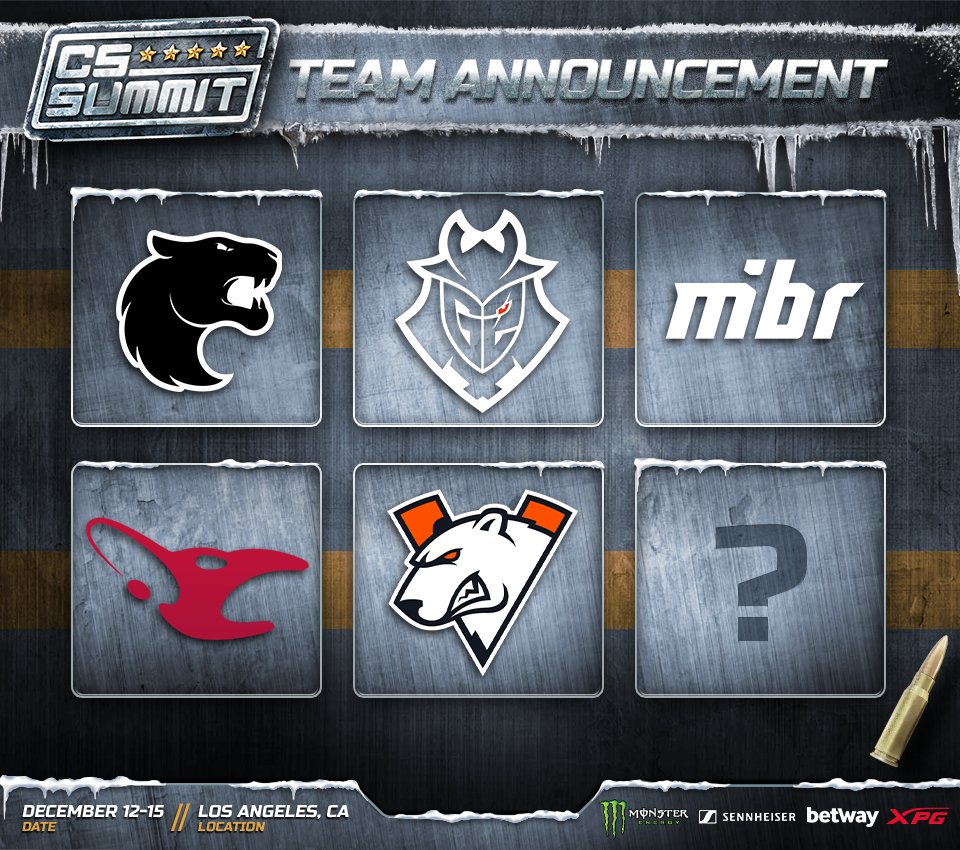 The second annual Beyond the Summit hosted Counter-Strike: Global Offensive event, CS_Summit, is just around the corner. BTS have confirmed five of the six attendees of CS_Summit 5.

The teams present at CS_Summit 5 are:

The two strongest teams from Brazil, FURIA and MIBR, top the list. FURIA has been looking relatively strong heading into the end of the year. While they did place third at StarSeries & i-League, their recent failure to qualify for the ESL Pro League Finals shows that they have started to slow down.

MIBR have a busy schedule ahead of them. They have the CS:GO Asia Championships, the Esports Championship Series Finals, and the ESL Pro League Finals all between now and the CS_Summit. Hopefully, they have enough steam left to close out 2019, as they have been on an upswing.

G2 and mousesports are the European invites. Both of them have fairly busy schedules as well, each attending the CS:GO Asia Championships and the ESL Pro League Finals. G2’s recent form has certainly had its ups and downs.

As for mousesports, the end of the year has not been exceptional for them. Their biggest result was a top-six finish at DreamHack Malmo, but their high seed finish at the ESL Pro League qualifiers is a promising start. If mousesports can gain some momentum going into 2020, it could be a huge revitalization for them.

The final confirmed team is Virtus.pro from the CIS region. While they haven’t participated in any large-scale events recently, this fun-loving bunch is perfect for an event like CS_Summit. Unfortunately, they have to fight for a promotion spot in the ESEA Mountain Dew League just a day before.

The sixth attendee is still up in the air. There are many events coinciding with CS_Summit that are filling up many prominent team’s schedules. The Blast Pro Series Global Finals have Astralis, Team Liquid, FaZe Clan, and Ninjas in Pyjamas booked. While not directly overlapping, EPICENTER begins a day after CS_Summit finishes, taking place on the other side of the world to boot. Evil Geniuses, Fnatic, and last Summit’s champions in Team Vitality would all have a hard time attending.

No matter who the last team is, CS_Summit will be sure to entertain as always. Check back at Hotspawn for more coverage of this and many more CS:GO events to round out the year.