OG and the Return of Anathan “ana” Pham 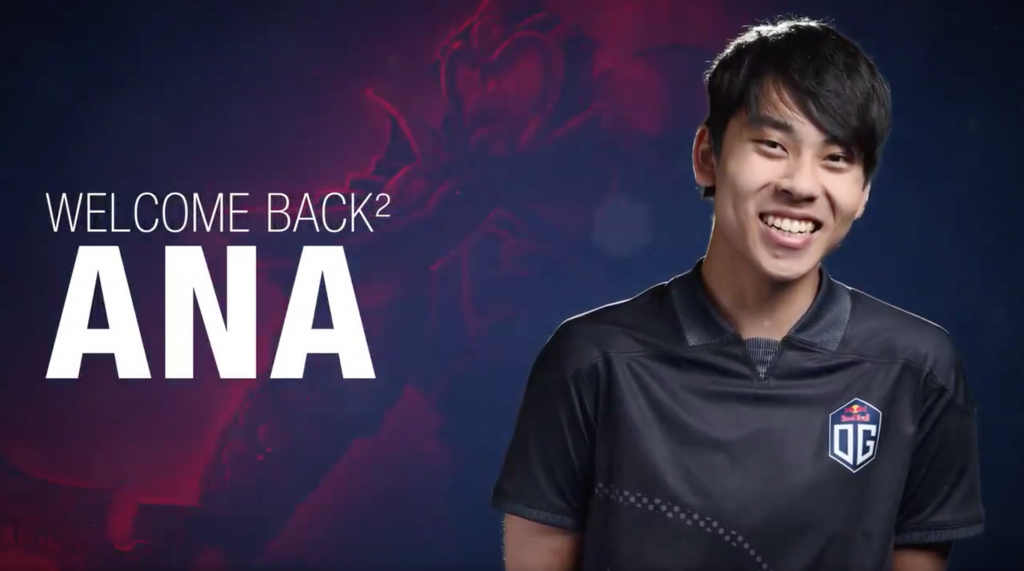 In a single tweet, OG confirmed what so many already suspected: Anathan “ana” Pham is back.

The nineteen-year-old Australian carry player is now doing his third tour with the team. He initially joined OG at the very end of August in 2016. That first tour would end August 17, 2017 after the squad finished 7-8th at the International 2017. While ana flirted with Team World and Echo International for a few months, it seems he was just killing time until he got the call from OG again.

Ana became an integral part of one of the most unexpected runs a Dota 2 team has ever had. The squad came together only weeks before open qualifiers for The International 2018. They survived the brutal European Regional Qualifiers out of which only a single team qualified for TI8. Then they won, day after day, through the playoffs, to take home the Aegis in a 3-2 Grand Finals. It was both ridiculous and amazing to watch.

When OG took time off at the beginning of the second season of the Dota 2 Pro Circuit (DPC), no one was surprised. Johan “N0tail” Sundstein had been especially outspoken about the grueling season one schedule and had speculated in the weeks before TI8 that top-performing teams would take a break.

However, when OG debuted at the Chongqing Major Europe Qualifier, ana was not ready to return. They played with Per Anders Olsson “Pajkatt” Lille and then Igor “iLTW” Filatov, with middling results. The squad’s never lost their sense of humor and regarding their disappointing results, they joked about flying under the radar at the debut of “True Sight: The International 2018 Finals.”

And now, ana returns to the team for the third time. There are four DPC events remaining. Qualifiers for the next Major, the MDL Disneyland® Paris Major, will begin at the end of March. What more perfect event could there be for this team to be reunited at?

After all, this particular OG roster lived through the biggest Cinderella story Dota 2 has ever seen. Welcome back, ana!