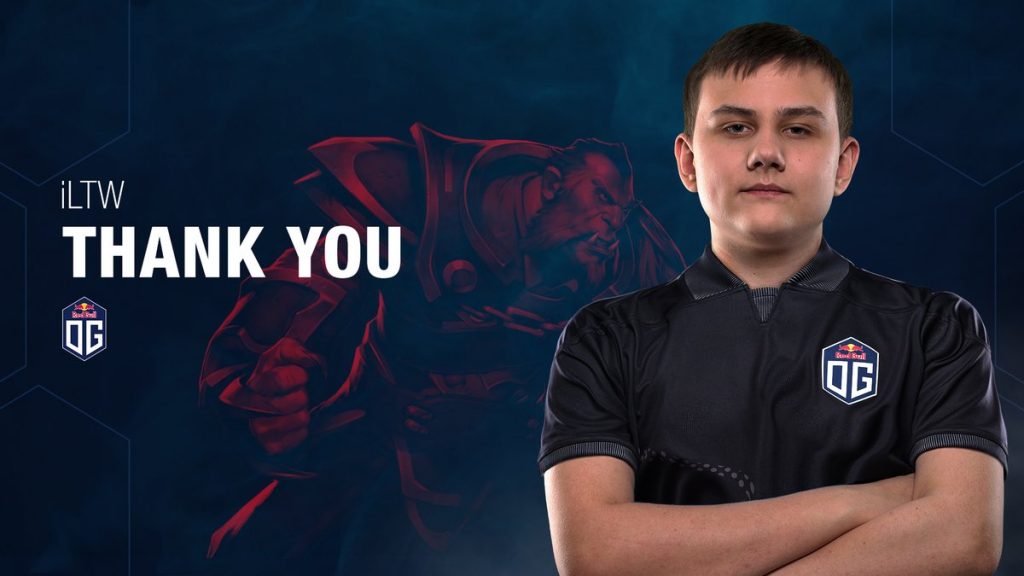 OG announced that they are parting ways with Dota 2 carry player Igor “iLTW” Filatov. Formerly an ESPADA player, ILTW has been with OG for the past two months.

This move surprised no one as iLTW had not been listed as part of OG’s permanent roster. Considering the speed at which players are transferred on and off Dota 2 rosters, this was surely deliberate rather than a lengthy oversight.

The OG press release stated, “we unfortunately had to come to the decision to part ways with him, as we are still not meeting the results we aim at.”

ILTW competed with the team at two Dota 2 Pro Circuit (DPC) Minors, the Bucharest Minor and the StarLadder ImbaTV Dota 2 Minor, where they came in 5-6th place. The squad also finished third at ESL One Katowice 2019. These results are short of expectations for the International 2018 winners, and they will need to improve significantly over the last few DPC events.

OG currently sits in 27th place in the DPC rankings, with only 48 points. Top finishes at the two remaining Majors for which the team is still eligible to qualify could easily push them into the top twelve.

According to several tweet replies to this, Anathan “ana” Pham, the carry player who played with OG at TI8, has been spotted playing on European Dota 2 servers. OG’s announcement did not indicate who would replace iLTW with the squad but did say, “We will be announcing his replacement in the following days, so stay tuned!” Presumably, we will not have to wait long to see whether the rumors prove true or not.